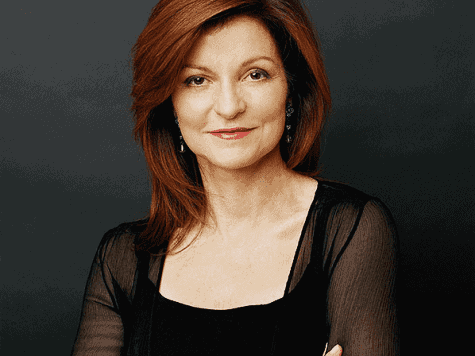 So Maureen Dowd Does Not Like Hillary? Who Really Does?

It’s no secret that Maureen Dowd isn’t Hillary Clinton’s biggest fan. Dowd has been writing about the Clintons, specifically about Hillary Clinton, for over 20 years. Her entry into presidential politics began as a White House correspondent. Currently the only female New York Times editorialist, and having won a 1999 Pulitzer Prize for her pieces chronicling the exploits and impeachment of Bill Clinton, she certainly hasn’t given up the poison pen directed at the anointed one, Madame Secretary Hillary Clinton.

There is no dearth of writing material when it comes to the Clintons. Whether it is scathing articles emanating out of the conservative right wing, or similar attacks from the progressive left wing, you can be sure that Maureen Dowd will have something to say about it. Whether it be emotional, as Dowd’s detractors have asserted, or based on logic, facts and reason, the tools that live in the shed of journalists, there certainly are justifications as to why Maureen Dowd has been tracking the Clinton dynasty for as many years as she has. Contemporary writers who have tackled the Dowd-Clinton animosity have said that Dowd’s distaste for everything Clinton has its genesis in the fact that Hillary Clinton has continued to stay married to a known liar and a cheat. Dowd views Hillary Clinton as inauthentic and opportunistic, staying in the sham of a marriage to further the meteoric rise of the Clinton dynasty and fortune. Dowd has questioned Clinton’s ability to be a role model to young women. Should women strive to remain in marriages where they are being deceived, and where, perhaps, they may feel the need to retaliate against other women out of their own anger inappropriately channeled? Or could Dowd be massively obsessed with Hillary and Bill Clinton? More likely, Maureen Dowd has watched the economics of political ambition unfold within the Clinton dynasty, like a dollar bill pulled out of the pocket of some dirty jeans. Each fold had more dirt than the next one.

The sheer amount of controversy that surrounds the Clintons can’t always be Limbaugh-Hannity machinations driven by billionaire republican’s attack propaganda. For sure, there has been a fair amount of untrue Republican-fed media slop about the Clintons — however, for the Democrats that support the anointed one, denial is a key ingredient. The Neoliberal crowd simply can’t stand any criticism by democratic voices that aren’t Neoliberal. Maureen Dowd is the writer that the Clinton Neoliberal bunch love to hate.

Dowd is an editorial writer and her op-eds are just that, opinion editorials. However, after reading the comment section following the 2014 Media Matters piece about Dowd’s decades-long microscopic view of Hillary Clinton, one would think that Dowd is the devil incarnate for daring to criticize Hillary Clinton. Perhaps those Media Matters armchair commentators have rethought their view of the presidential nominee after the current election debacle involving the  Democratic National Committee. After all, back in 2014, it was a semi-distant thought in the minds of the country in regards to who would be running for president in the 2016 primaries.  Conventional wisdom pointed to the anointed one, and with Clinton comes the posse filled with internal kerfuffle.  Media Matters is a David Brock vehicle, the same David Brock who is behind Correct the Record, a website that very obviously creates a voracious pushback to anything negative about Hillary Clinton. It makes sense that a thinly veiled hit piece on Maureen Dowd would emanate from behind the bright light of the internet. But that was in 2014: a lot has happened since then. Don’t think for a minute that the circus-like primaries and ultimate result have gone by Maureen Dowd.

Think about the Clinton-gates, situation upon situation that always seem to make their way into the mainstream media. These represent a plethora of writing material for Clinton critic Maureen Dowd. She can write and write and write, and still have material that not even Correct the Record could make go away with scandals such as:

Some would like to believe that Dowd is a hired gun of the Clinton-hating right, but that simply isn’t so. Dowd is a true believer, a journalist with a hard-on for Hillary Clinton, that no amount of massaging seems to bring to a head. Dowd’s latest article calls out Hillary as being the best GOP candidate. If that isn’t the truth… We have watched her kick Progressives in the teeth with the pick of Tim “I never saw a bank I didn’t like” Kaine for VP.  The guy is as authentic as a faux Greek facade on a house in Florida. Progressives naïvely held hope that Clinton would choose someone that the 13 million Sanders supporters could get behind. Sadly, she screwed them. Speaking about the Republicans, Dowd couldn’t be more correct when she pens:

“They already have a 1-percenter who will be totally fine in the Oval Office, someone they can trust to help Wall Street, boost the U.S. Chamber of Commerce, cuddle with hedge funds, secure the trade deals beloved by corporate America, seek guidance from Henry Kissinger and hawk it up — unleashing hell on Syria and heaven knows where else.”

The Republican Party need not search. All the Evan McMullins in the country won’t do for them what Hillary promises to do. Oh, she doesn’t outright say the things they want to hear, but those of us that have watched Clinton for as long as Dowd has, have to know better. And we better be scared. For if Queen Hillary does win the election, watch for an immediate reversal of the TPP.  Watch for a no-fly zone for the Russians over Syria, because that will satiate the taste for war that Clinton has displayed as Secretary of State. The first inch that a Russian plane flies over, Clinton will give the OK to shoot them down in a my-balls-are-bigger-than-his-balls move, alluding to Putin. Watch for a reversal on her college tuition proposal that she never supported to begin with. That was a ploy to get the Sanders supporters without a spine to tepidly support the anointed one.

Progressives with a spine, keep reading Maureen Dowd.  It will solidify the need to support the Green Party candidate, Jill Stein. Although Dowd hasn’t tipped her hand politically, one can assume that she will get in that voter booth in November and deliberately not pull the presidential lever. For like Dowd, progressives are disgusted with the Clinton dynasty and the fear-mongering Democratic Party. Only Maureen Dowd has been ringing the church bell against Hillary Clinton for a very long time.