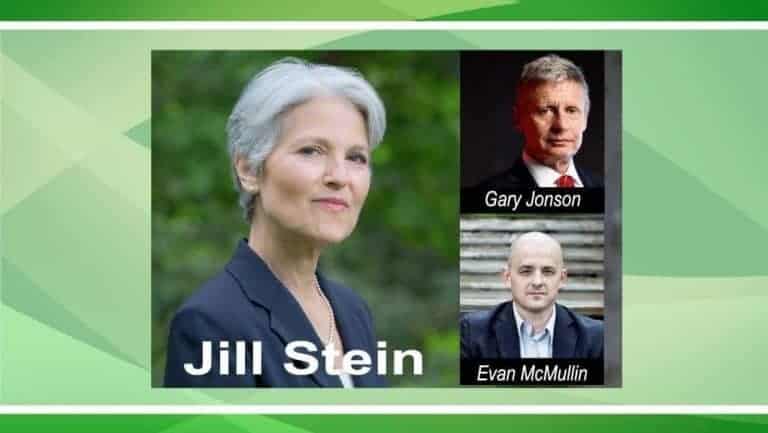 The bombings that occurred in the Chelsea area of New York City and Seaside Heights, NJ, illustrated once again how the media-anointed presidential candidates will address terrorism while in office.
Conspicuously absent from mainstream media was Jill Stein. It’s always convenient for FOX to have Ms. Stein on their channel when they want their viewers to see someone who is an equal opportunity criticizer. It’s always nice for CNN to try to goad Ms. Stein into saying something that would somehow negate the positive effect she is having on Millennials. However, the media in this country should be working to inform the electorate of each candidate’s viewpoint on terrorism.

The network that does pay attention to Stein, FOX — often named “Faux News Network” by Progressives — did have Stein on recently, where she said: “Donald Trump wants to bar Muslims from entering into this country, but Hillary Clinton has been very busy bombing Muslims in other countries.” Not much questioning on how she would handle terrorism, or anything, for that matter. They were more interested in asking Stein if she fears that her candidacy will elect Trump. No substance there.

MSM can’t help but inundate us with the thoughtlessly spewed words of Donald Trump, or the desperate appeals to elect the “steady leadership” of Hillary Clinton (no, those were her words!) into the White House. Jill Stein, the Green Party candidate for President, took to her own Twitter, writing that “the explosions in NY and NJ and the attacks in MN are a heartbreaking reminder of the violence that permeates our daily lives.”

“We must commit ourselves to building a world that respects and values all individuals and all cultures,” Stein wrote. “We must reject the use of violence.”

Why must people search for her response? Because the media does not support her candidacy, nor do they of Gary Johnson and Evan McMullin. The all-powerful media would rather control the electorate by cherry-picking the words of the two candidates of the duopoly. Americans should have the right to access the opinions of all Presidential candidates, not just the old guard.

The people of the United States should have all the facts to determine the temperament of each candidate and how each will behave when terrorism (among other issues) arises. Instead, we get rhetoric that may give a glimpse of the differences between Trump and Clinton, but nothing to indicate how Jill Stein, Gary Johnson, or Evan McMullin would handle a grave situation such as a terrorist bombing. These individuals have valid voices, and they are running for President. Why does one have to look under the bed to find information?

The job always falls to social media. A website called On The Issues has posted Jill Stein’s position on terrorism, among other foreign policy issues. (http://www.ontheissues.org/2016/Jill_Stein_War_+_Peace.htm). To find this, one has to do a google search, where this comes up 4th after the following query, “Jill Stein’s reaction to the bombings”.

There is only one article revealed on this Google search that discussed the third party candidate: one by NPR, a non-profit news agency. (http://www.npr.org/2016/09/19/494598251/the-candidates-reactions-to-attacks-in-their-own-words).

Of course, each candidate has a website hosting their positions on the issues. Shouldn’t we have more, much more? Shouldn’t network news commentators and reporters not be stymied from equal coverage of all the candidates?

One would think that in the United States, known for “free speech,” that this would be a given — but it is not, and it is wrong. Instead, when events such as the bombings on September 18 occur, the corporate-dominated media chooses to report on the duopoly, effectively creating an ignorant electorate. Just what they want, or so it seems…