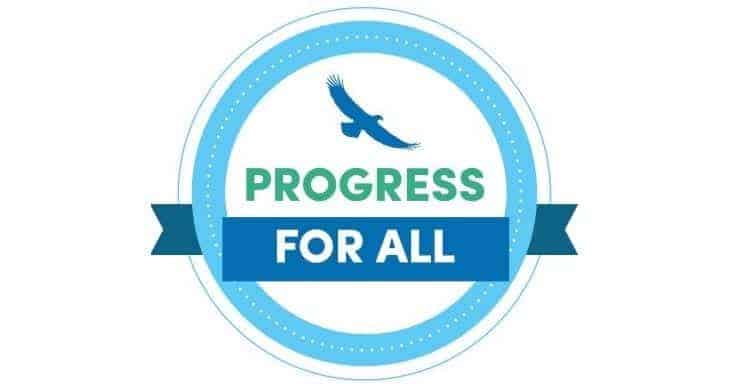 Tim Canova Introduces Progress For All

It is obvious we need an organization that actually represents Progressives’ values and is willing to support Progressive candidates. While some thought Our Revolution would be that organization, there have been concerns about its intention to take contributions from the elite. Instead, progressive champion Tim Canova, has created an alternative dubbed Progress For All.

Progress For All intends to take up the mantle that Bernie Sanders originally held. It is a 527 organization, that will not take large contributions from those willing to manipulate the public. Instead, it will adhere to the same principles that Tim Canova espoused in his campaign (which saw an average donation of just $17). There are four main tenets that this organization will strive towards: fair trade, campaign finance reform, ending the War on Drugs, and working on the pending disaster of climate change.

The second tenet is campaign finance reform. Progress For All looks to end the influence dark money has on our political system through publicly-funded campaigns. Another way that Progress For All looks to reform campaign finance is through making sure that future nominees to the Supreme Court should support the overturning of the Citizens United ruling that allowed unlimited money into the political system.

The Supreme Court’s Citizens United decision opened the floodgates for the billionaire class to rig our political system. This must end.

The third tenet is ending the destructive War on Drugs. That system has created the prison industrial complex that has caused so many minorities to become incarcerated for drug possession. Progress For All will fight to make drug addiction a public health issue, not a criminal one. It will also specifically support Amendment 2, which would allow for medical marijuana, to the Florida Constitution in the November elections in Florida.

Finally, Progress For All will immediately address climate change. Banning fracking is the first environment issue on its platform. As seen in Oklahoma, fracking has been shown to create earthquakes that damage property and endanger lives. Like Jill Stein, this organization supports us converting from using fossil fuels and instead invest in the green energy movement. Specific to Florida, Progress For All is against Amendment 1, which is a corporate giveaway and will make it hard for Florida’s government to support solar power.

Progress For All has the potential to become an effective progressive organization. Time will tell exactly how powerful the organization’s impact on the progressive community and American politics will be. The agenda of the organization represents strong progressive values and there is no doubt about Tim Canova’s committment to the cause. Interested in learning more? You can get all the details about this exciting new organization HERE.