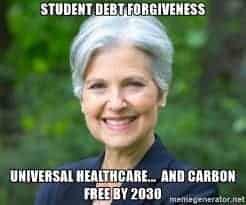 Everybody Should Support Universal Healthcare

Obama has tried to hang his legacy hat on the Affordable Healthcare Act, which was passed during his first term. In 2008, Obama campaigned on a promise for universal health care for all. In reality, Obama never intended to “put private insurance companies out of business.” In fact, the health insurance lobby ultimately wrote the ACA legislation, which effectively boosted the profits of their industry by providing government subsidies to those who were under-insured or uninsured, thus eliminating the risk from the insurance pool.

And, despite the political touting and MSM fanfare, the ACA has not provided reasonably affordable healthcare to Americans, who still pay 30 to 50% more for health care than those living in countries that provide universal healthcare. And, in one month, August 2016, average health care costs increased 1%, with hospital costs up 1.3% and prescription drug costs increasing 1.3%. These are the highest month-to-month increases since 1984. If these rates of increases are maintained for the rest of the year, this translates to an annual rate of close to 10%. Thus, health care costs are increasing at a rate 5 times higher than the average yearly wage increases. The core inflation rate of around 2% does not reflect these large increases in healthcare costs because it only considers out-of-pocket costs healthcare costs. However, with increases like these, future out-of-pocket costs are sure to rise.

In fact, speculation is already in for double digit 2017 insurance premium increases. The average private insurance premium is set to increase a whopping 24% next year. In addition to the impact of increases health care costs, there are other factors contributing to this exorbitant rise. In 2017, the Federal government will commence its slow withdrawal from ACA-related Medicaid subsidies. States will be expected to pick up the difference. However, some states cannot afford the additional costs and will be passing these costs to other insurance holders so as to make up the difference. For the next five years, the Federal government will incrementally be reducing its share of Medicaid subsidies, thus putting more responsibility on states and private healthcare insurance policyholders.

In addition, now that the health insurance industry has soaked ACA for all it’s worth, some major companies will be withdrawing from ACA exchanges in 2017. This will result in less competition and higher premiums for all. Whether this trend will continue into the future is anyone’s guess.

What we do know is that a Clinton Administration will be Obama 2.0, especially in regards to health care. Although some of her supporters claim that she supports a universal health care system, there is no concrete evidence as such. In fact, she argued with Bernie every time he brought up the topic of universal health care. If nothing changes, Big Pharma will continue with multiple factor increases on some medications, and insurance premiums will continue to rise, perhaps at double-digit rates.

Under the Clinton Administration, the cost of health care will become less and less affordable for most Americans. And the more Americans spend on health care, the less they have for other expenses such as food, housing, and transportation. It is a tragedy that already there are Americans, who must decide between buying food or medications. This situation will only get worse as health care costs continue to rise.

Ms. Stein supports a universal health care system that would be similar to what Bernie Sanders proposed when he was running for President: A Medicare program for all. Since the system is already established, it could be modified and expanded to include those of all ages. By switching to a system in which the government is the single payer for all health care, costs can be controlled. Currently, Americans are paying an average of twice as much for prescription medications, as well as for health care than those living in countries with universal healthcare. Having a universal integrated system will allow for the negotiation of prices with the vendors, and thus lower health care costs.

Currently, government subsidies for healthcare run at $1.7T. This includes Federal and state Medicaid programs that run about $800B, Medicare at $640B, and corporate subsidies that result in $250B in lost revenue. In addition, the major private health insurers bring in about $400B per annum. All toll, Americans spend $4T on healthcare: an average of $10K per capita. This compares to the $4K per capita average expenditure for those with universal health care.

If a universal health care system could reduce the per capital cost of health care to $8K per capita, the per annum cost to provide universal medical care would run about $2.6T, which is a little less than $1 more than our current government subsidies. This difference could be made up by the government. Otherwise, this amount averages to about $3,000 per capita and is about half the cost of the current average individual annual insurance premium.

According to Article 25 of the United Nations’ Universal Declaration of Human Rights 1948 states that: “Everyone has the right to a standard of living adequate for the health and well-being of himself and of his family, including food, clothing, housing and medical care and necessary social services.” Unfortunately, the US health care system costs have been rising much higher than average wages, and therefore healthcare is becoming less and less affordable for the average American. The average cost of an appendectomy is $33K which is more than many Americans earn in a year.

It is imperative that we vote for the only Presidential candidate who supports universal healthcare. If we don’t elect a POTUS who will address this serious issue, costs will continue to rise unabated. At the present rate of health insurance inflation, the private healthcare insurance costs for a family of four will increase from $24K to $35K by the end of the newly elected President’s term. Most of us cannot afford to ignore this issue. We must vote for Green Party candidate, Jill Stein.