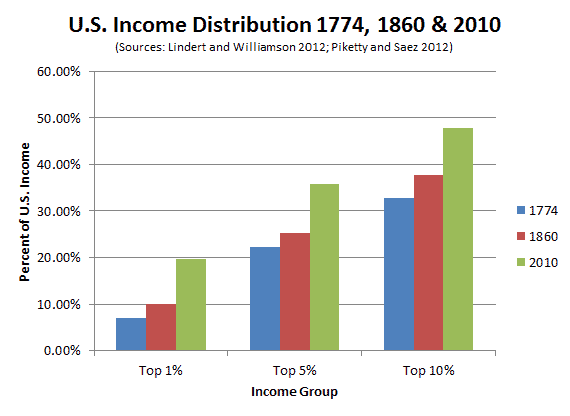 Yes, We Need to Start Taxing the Rich More: Here’s Why

Two weeks ago, the New York Times published an article saying that in 1995, Trump took a tax write-off of almost $1B and may have avoided paying taxes for up to 18 years. Trump did not deny the allegation but replied that he was “smart” for using the tax code to his advantage. His defenders, including Rudy Giuliani, chimed in and even went so far as to call Trump a “genius” for finding a tax loophole that allowed him to avoid paying taxes for an estimated 18 years. Of course, Trump simply hired an expensive tax attorney who knew how to take the “operating loss” loophole to the extreme.
While 46% of Americans think that Trump was “smart” to find a way to avoid paying taxes, most Americans were not amused that a billionaire used the tax code system to circumvent paying taxes. Those who opposed Trump’s tax avoidance viewed paying taxes as a “patriotic duty” that Trump should have felt obligated to do.

And, if you’re a true MMT supporter, you might say,” Well, taxes don’t fund government spending anyway, and so why does it matter how much Mr. Trump pays in taxes?” But, the fact is: it DOES matter. A lot. Although taxes do not fund government spending, they provide a mechanism for absorbing dollars out of the economy and thus keeping inflation in check. By drawing dollars out of the economy, and thus making dollars more scarce, the government creates demand for the dollar.

Higher taxes on the rich are a means by which to slow the process of the accumulation of wealth. By slowing the process of accumulated wealth, higher top marginal taxes increase income equality. There is an inverse correlation between the rich paying their fair share of taxes and income inequality. Here’s an example; back in the 1950s, the nominal tax rate was 80% on income greater than $90K and 92% on income over $300K( $800K and $2.7M respectively in today’s dollars). That meant that the net after-tax income for the first $90K was about $15K. Essentially, the government kept all income over $300K. This meant there was very little incentive to earn excessive salaries. In fact, during the 1950s, the CEO-to-worker ratio was a reasonable 40 to 1. During this timeframe, income inequality was at one of its lowest points in US history.

This changed in the 1980s: The Reagan administration completely overhauled the tax code, reduced taxes on the rich, and thus commenced the rise in income inequality. Reagan cut taxes on the highest incomes to a maximum of 50 percent, as part of his “trickle down” economic initiative. In 1993, Bill Clinton followed suit by further reducing the top marginal tax rate to 39%, where it essentially remains to this day.

With the tax rate for income over $2.7M (inflation-adjusted dollars) decreasing from 92% to 39%, the wealthy citizen now “earns” $1.5M a year more than his 1950s counterpart. With a top tax rate of 39% in addition to tax deductions and loopholes, there is definitely an incentive to earn mega salaries. It is no surprise that since the 1980s, CEO salaries have increased an average of ten times faster than those of the average worker. The average CEO-to-worker ratio is now 400 to 1 with some CEO’s earning 1,000 times more than their average employee. Not coincidently, income inequality has risen exponentially since the 1980s.

We don’t even realize how excessive salaries are today until we look at some real-life examples from the past. In 1941, Joe DiMaggio hit in 56 straight games, won the MVP award and led the Yankees to a world championship. He earned $37,000, which is equivalent to $600,000 in today’s dollars. Eric Hosmer won the 2016 MVP award and earned almost 10 times more-$5.6M. In 1955, Marilyn Monroe earned $100,000 ($900,000) for “The Seven Year Itch.” Nicole Kidman makes an average of $17M per movie. J. Michael Pearson makes $143M as CEO of Valeant Pharmaceutical International. None of these salaries would be possible were it not for the low top marginal tax rate.

Unlike the rest of us who most likely use tax refunds and the small tax savings to purchase something at the local store, the ultra-rich do not spend their tax savings. Instead, they accumulate this added wealth, invest it, and otherwise spend it where they will receive a return-on-investment. One investment that yields the highest return on investment (ROI) is funding local, state, and national politicians through lobbying, and donations to their political campaigns. In exchange for these contributions, the wealthy are rewarded with requested de-regulations, more tax deductions, tax subsidies, as well as lucrative government contracts. Whereas an investment in blue chip stocks, yields an average return of 10%, ROI on federal lobbying and political campaign contributions yield an average return of $750 for every dollar spent (75,000%). This is happening while the wealthy are accumulating wealth at exponential rates, but the wages of average Americans stagnate. This is true austerity, which is ignored by MSM. Also ignored by MSM is the fact that the US is 4th in income inequality in the world.

In his tax plan, Trump has proposed further increasing income inequality by cutting the top marginal rate from 39% to 33 percent. He has also proposed lowering the corporate tax rate from 35% to 15%. Profitable Fortune 500 companies currently pay an effective corporate tax rate of 20%, which is lower than the international average of 27 per cent. A reduction to 15% would reduce the effective tax rate to about 9 per cent, which is about the same percentage as an individual earning $50K per year.

To her credit, Hillary Clinton has talked about raising taxes on the rich. She has suggested raising the top marginal rate to 42% on the top 1% wage earners; increasing capital gains tax, and raising the estate tax. However, since she is a ROI politician for the rich, her talking points do not resonate as sincere. Neither candidate has proposed any changes in the tax code that would eliminate or greatly reduce deductions things such as operating losses that allowed Trump to presumably avoid paying taxes for 18 years. Without major changes in the tax code, minor increases or decreases in the top marginal rates are rather meaningless anyway.

Jill Stein has not posted much about her tax proposal other than to say that we need a more progressive tax system that has the rich pay a fairer share of taxes. As she has adopted much of Bernie Sander’s platform, she might consider his proposal. His plan called for rates to rise to 37 percent on income between $250,000 and $500,000; 43 percent on income between $500,000 and $2 million; and 48 percent on income between $2 million and $10 million. Sanders would also raise taxes on capital gains and dividends and limit deductions for households making over $250,000 a year. Sanders’s plan would be a first step towards addressing the very serious issue of income inequality; unfortunately, the wealthy used their considerable resources to prevent Sen. Sanders from implementing his plan.