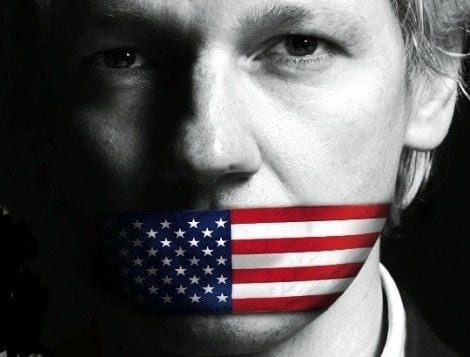 A Revolution By Any Other Name…

What does it mean to be progressive? This is a question we must all ask ourselves before the new year. This Progressive Movement, if one wants to call it that, has been messy, detached, scattered, and fringed. What does that mean for the future of progressive brands? From what I have seen, progressive may be a lost term if something does not change immediately. Of the many things I have learned throughout this election, a recurring theme seems to be that there is no place for ego in a revolution.

The hooks of plutocracy may reach further than most of us are willing to admit. But, why?

What I mean by that is, it should be no question that we must band together to change the face of American politics. One cannot preach unity if he or she is not up for uniting. There are far, far too many lone wolf types in the movement for any of us to get anywhere. All of them tout unity over and over and over again, yet absolutely none of them are up for uniting. What it begins to look like is that they are simply backpacking a career off of a very indubitable, but impecunious, movement that needs more than anything to be validated and supported by the very people claiming to be a part of it. The hooks of plutocracy may reach further than most of us are willing to admit. But, why?

When we’re living in a country with such an immense wealth gap, it isn’t really a wonder why so many turn a cheek for the sake of their own financial well-being. “You say that money isn’t everything. But I’d like to see you live without it.” (Silverchair, Fatboy) There is so much truth in that quote, and I have kept it in mind over tens of years since first hearing it in the 90s. It is always easier to just turn around and worry about your own. Of course, it is. But no matter how far off the grid you want to live, or how much of a hermit you might be, we still all rely on each other, other human beings, for the livelihood of ourselves. It is a selfish act to want to make life better for everyone else, because that means it will, in turn, be better for you as well.

Keep researching, keep learning, keep blowing the whistle on corruption – don’t let the fates of Chelsea Manning, Edward Snowden, or Julian Assange strike fear into your heart, that is what the government wants. Instead, revere them as heroes, and remain inspired by their bravery.

The truth is, we will never unite and rise up against this plutocratic oligarchy if we do not set our egos and self-interests aside. To truly facilitate a real bona-fide political revolution, we all must be willing to sacrifice everything it takes to get it done. Everything it takes. We can’t be angry; we must keep our hearts open and be willing to listen to each other. In the face of opposition, we must draw from our integrity and remember that we didn’t learn this information overnight, either. We all begin our journey ignorant; you cannot fill a full cup. In order to facilitate this true political and cultural revolution, we have to be ready not just to fight, but to educate. Bernie Sanders told us, “Never lose your sense of outrage.” Well, it’s okay to be outraged, and if you’ve been paying attention, you should be. But we must make this as much of an intellectual revolution as it will be an active one. We must reach out to our brothers and sisters who disagree and fight to understand them so that we might find a better way to reach them. We must stand tall with integrity and be ready to shift our efforts to wherever the truth takes us. Never confuse stubbornness for integrity.

So, where do we go from here? I think the best thing we can do is keep listening to each other. Keep talking. Keep protesting pipelines and corporate interests. Keep reporting the news, because the Mainstream Media will only report what the plutocrats and oligarchs tell them to. We must be our own citizen media. We are going to have to try even harder after the election to keep our voices from being silenced not just by our leaders, but each other. Keep researching, keep learning, keep blowing the whistle on corruption. Don’t let the fates of Chelsea Manning, Edward Snowden, or Julian Assange strike fear into your heart — that is what the government wants. Instead, revere them as heroes, and remain inspired by their bravery. Be brave, too. Above all else, though, don’t be a lone wolf. Come together. We, at Real Progressives, don’t care if you want to keep your identity intact, we encourage that. But don’t let your own ego and self-interests keep you from joining a movement that is supposed to be bigger than all of us. That is movement-killing behavior. Keep your eyes open.