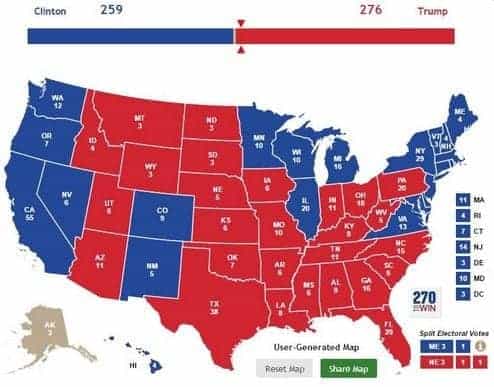 We Told You So…But Now It’s Time to Heal

All election long, progressives told Democrats that Hillary is unelectable. We all saw that she had one of the worst favorability ratings of any presidential candidate ever. No one would listen. Instead, they pushed her as the candidate and lost. While we would love to spend days saying, “I told you so”, it is counterproductive. Instead, progressives (especially here at Real Progressives) have plans to help us heal and fight what led to this election.

First and foremost, it is time for liberals to drop Third Way politics. All that does is have liberals look like Republican-lite. Unfortunately, liberals cannot out-Republican Republicans. Liberals need to stop triangulating a way to be seen as such.

Next, liberals need to take a stand. For too long, liberals have been using the “at least we aren’t Republicans” excuse to not educate and support the issues that Roosevelt stood on. Liberals need to stop trying to play that game. The DNC failed miserably doing so and subjected the country to a Trump presidency.

Finally, and most importantly, Neoliberalism needs to die! It has proven to be a policy that steals away the humanity of our populace for higher profits for the elite. The Democrats should have never espoused a policy that shows that people don’t matter — only profits do. This is why they lost the working poor vote. The only way to do this is to shift to the left and truly exhibit progressive issues and values.

As we now know, President Trump is a reality that all on the left will have to deal with for the next four years. While sad, it does not have to be the end of the world. The left can use this as a learning tool: do not forget the people or the people will forget to vote for you!