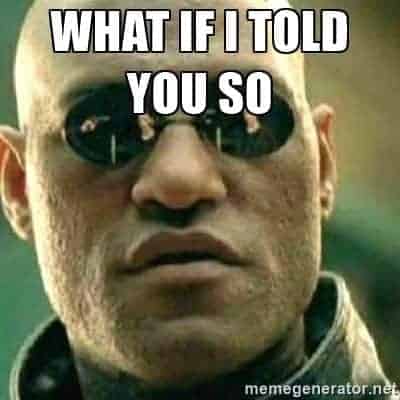 Some of us are not silent. We have been saying for 18 months that Hillary Clinton has a terrible record. We have been telling you about all the damage she and her husband have done: The legislation they pushed that hurt poor Black and Brown communities. The demonization of the women who accused Bill Clinton of rape. The violence she has sown in several countries by pushing regime change through undemocratic, illegal military coups that we are still dealing with today. The persistent refusal to disclose what she told the people who helped steal the financial security of millions of Americans. Their obscene profiting off the private prison industrial complex that they helped grow off the backs of poor Black and Brown people through the 1994 Crime Bill, that in turn kept Black and Brown communities broken and poor. The continued abuse and exploitation of Haiti where they interfered in the Haitian democratic elections so a puppet president, who supported US business interests, could be installed, resulting in the shady dealings of the Clinton Foundation charity that raked in billions in “donations” that didn’t make it to the Haitian people.

We were told that absolutely none of that mattered. We couldn’t talk about it; we were sexists and Trump supporters if we did. We were called names. We were shamed for voting for Sanders. We were told to shut up, quit whining and grow up. We were told to stop wanting pie-in-the-sky “free stuff” when we cried foul at how Bernie was shafted. Even though after being exposed, the DNC now openly admits through its action and words that they favored Hillary over Bernie and actively tried to oppress his campaign, you still want to blame us.

The Podesta emails were released that confirmed every single thing about her that we tried to tell people, and still we were told none of it mattered. We were told it was the Russians interfering in our elections, and we were Russian sympathizers if we believed any of it. We were told the released emails were fake and fabricated, yet no one every brought forth any evidence to disprove any of what was learned; in fact, people resigned from powerful positions and were fired from “part-time” jobs as mainstream media talking heads.

We brought up all these actual, legitimate issues about Hillary Clinton’s very real and documented problems. People kept saying we’re making much ado about nothing regarding the emails. Even when we stopped talking about emails and that illegal, unencrypted server she had installed in a bathroom closet in her home that has been proven to have housed classified, special access program intelligence that would have gotten anyone else fired, fined, and jailed, you still told us to stop complaining.

We stood in the streets of Philadelphia, PA on that hot July weekend, and we cried when the roll call was read. We cried when Sanders conceded what we all knew was an unfairly influenced and stacked primary process. We told you the process was unfair, unconventional, rules were changed, and something was amiss. And in response to our despair at the democratic process being hijacked to favor someone we knew could not win against almost any Republican candidate, but also at the absolute shame that such a good man and excellent candidate with excellent policies who would have helped all Americans was treated so utterly contemptibly by the Democratic establishment, many Democrats gleefully responded to our hurt and our tears and our shock with condescension, derision, name-calling, and smugness.

But we kept trying to warn you. Even though we were treated so terribly by so many, still being called names for refusing to support either establishment candidate, because the problem is THE SYSTEM that allows such horrible choices to be the result of systematic corruption that has become accepted by most. We kept trying to warn you that there was still actually a better choice than both of them.

And as the results came in election night, all I could remember was every nasty name some Clinton supporter had called me. Every time I was called a “Bernie Bro.” Every time the pain caused by the Clintons, and the dismissal of that pain by the Democrats in general, was glossed over as “not that big of a deal” by Clinton supporters. Every time one of you told me to stop whining and suck it up, or else…Trump.

But we tried to warn you that she could not win against him. And it was NOT because “we didn’t like” her. And she didn’t lose because of us. She lost because in many states, almost half of the registered voters – many registered Democrats – didn’t even bother to vote at all. She didn’t lose because of those of us who “didn’t like” Clinton. She lost because Democrats didn’t even want to vote for her. And she didn’t lose because she is a woman. She lost because we were told that we had to vote for her because she is a woman and that she was “better than Trump,” and that was supposed to be enough to make us ignore the terrible record that she has never addressed that we knew would be a problem. The response from the Clinton camp and supporters was to call us sexists for wanting to talk about the realities of her “experience.” We were called Trump supporters because we brought it up at all.

She lost because she could not beat him. And we knew it. So maybe if some of your friends who “didn’t like” Clinton are silent, it is because they are out of words to say, other than, “I told you so.”

But not all of us are silent. And after we have taken some time to recuperate and connect with loved ones, we will never be silent again.