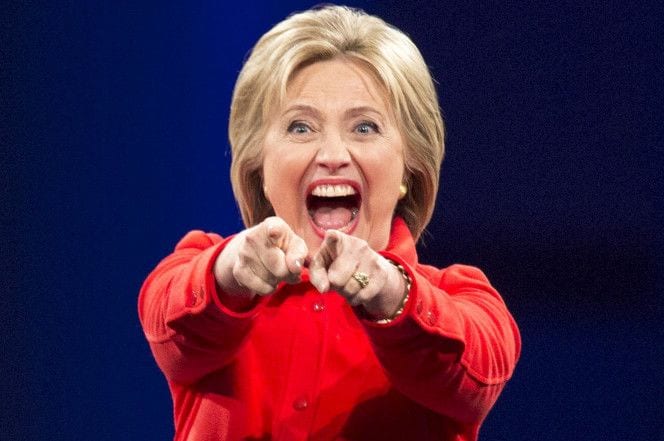 Hillary Clinton Is Not Simply a Symptom of Our Corrupt System, She Is a Leading Cause

Since the results of the US Presidential election were announced, media focus has been on how Donald Trump won, rather than how Hillary lost. In the two days after the results, most of the media concluded (finally, and too late!) that Bernie Sanders would have been a better candidate against Trump even though he had been beating the President-elect by double digits in the polls since September 2015. The concern should have been about how the primary was rigged through election fraud and disfranchisement.

Voter turnout on both sides was lower than in 2008 and 2012. While the white vote has been blamed for the election of Trump, one must keep in mind that nearly as many white women and half as many white men voted for Hillary – the extremely low turnout among African Americans, whether in the North or the South, ultimately throwing the election to Trump. Interestingly, Trump’s bigotry was expected to enable a higher turnout among African Americans for Hillary Clinton, who had apparently “decimated” Sanders in the same demographic.

Much of the voter disenchantment with Democrats has to do with Hillary Clinton’s truly terrible favorability and trustworthy ratings. In the era of the informed voter, whistleblowers and internet at one’s fingertips – a Clinton is a toxic candidate. The media, the political elite and the pundits all marveled aloud at Hillary’s defeat, their complicity in the Clinton machine and long-term insider status in “politics as usual” blinding them to the fact the Clintons are not, in fact, just any corrupt politicians, or symptoms of the larger problem of money in politics. This essay seeks to list out ways in which the Clintons have over the years been crucial components in the construction of the modern oligarchy we see today, as well as the refiners and abusers of the most modern forms of legalized and grey area corruption in unprecedented ways – making them some of the most corrupt-seeming politicians in American history – a rather unique position.

Investigators with the Senate Governmental Affairs Committee located bank records linking the children’s “charity” and other political front groups to Triad Management, an operation funded by the Kochs. Democratic senators threatened to subpoena Koch Industries’ chiefs to question whether they funded Triad and manipulated its related groups. Democrats could drag the tycoons before the same public tribunal on campaign finances skewering Clinton.

A key Senate insider, who must remain anonymous, says Republicans then offered a straightforward trade: “A truce-you don’t do Triad, we don’t do Clinton.” Other sources inside the committee confirm that the Republicans, under the direction of Senators Trent Lott and Don Nickles, rather than risk exposure of the Kochs’ web of mega-dollar funding operations, agreed to shut down the money probe and let Clinton off the hook.

The true, unreported reason for the collapse of the inquiry most threatening to Clinton was the Indonesia money chain, which could have knocked him out of office and reveals the ultimate measure of Koch influence: that Republicans sacrificed their case against the president to keep their secret benefactors under wraps.

The Clintons were not just the greatest candidates the establishment ever had, they were the makers of the system that fed and directed them.

The author is a research scholar in modern and contemporary history at Centre for Historical Studies, Jawaharlal Nehru University, New Delhi, India.