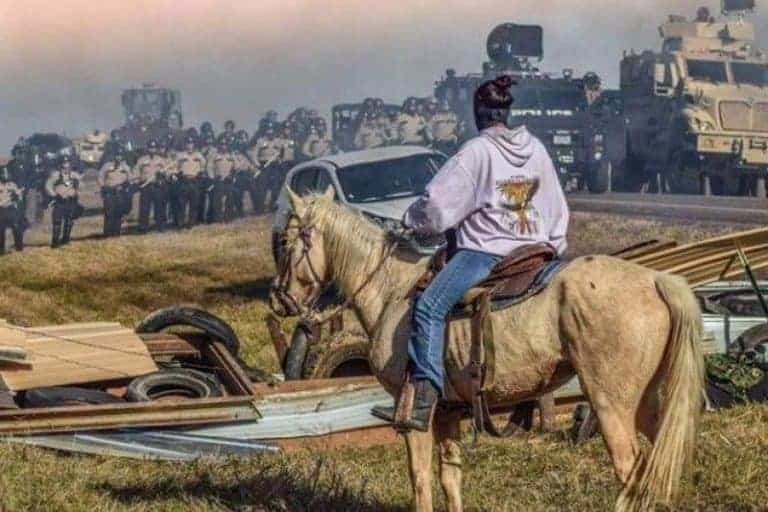 You Will Never Build Another Pipeline Here

On December 4th, 2016, a day which ought to be remembered forever, something incredible happened in North Dakota.

Led by the Standing Rock Sioux, We the People scored a victory against the oil cartels who presume to rule us. For many, this is the first time in our lives that such a battle has been won. It will not be the last. Because we aren’t done yet; not by a long shot.

Change is coming to America. Real Change. A movement has begun, one composed of people who know to be vigilant against the machinations of a corporate state which turned it’s back on the higher principles of representative democracy decades ago.

Let this victory send a message to the oligarchs; Oil-based energy is death, and oil-based technology is dead. There is no good reason to ever build another pipeline in this country. And you won’t.

You will never build another pipeline here. We will not let you. If you try, we will oppose you at every turn. You imprison us, and you can brutalize us, but you cannot defeat us. We won’t be pushed any further. Too much has been sacrificed for us to be satisfied with a single victory.

Besides, we know how to win now, because you can’t assault our veterans. Or rather, you can, but if you do, you will reveal yourselves for what you are. And you can’t risk that, can you?

To the political class, let us say this; you are either with us or against us. Neutrality in this struggle is no longer acceptable. Stop bowing to the oil cartels. We aren’t asking anymore.

You may think this victory will make us complacent. It won’t. Quite the opposite, in fact.

The American people are tired of losing ground. We are tired of being ignored. We are ready to fight for our rights. And we know the difference between a battle and a war.