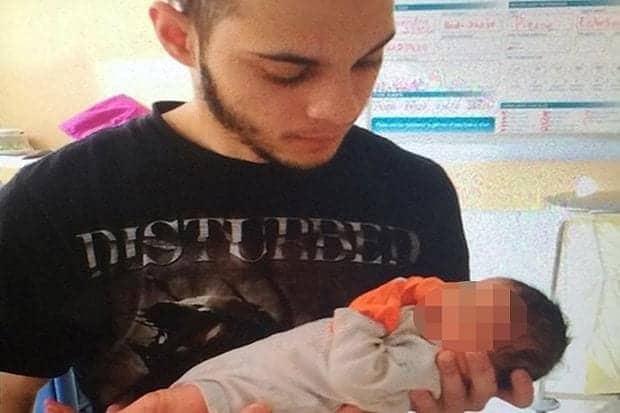 Esteban Santiago will now be known as the Fort Lauderdale shooter; he will be called mentally ill and suspected of being a terrorist. But Esteban Santiago was none of these things before he went into the military. He is the result of harsh, brainwashing military training that our recruits go through, to turn them from honorable decent men into cold-blooded killers. I will call him Esteban Santiago, and although I condemn his actions, I further condemn our military leaders who turned him into that monster and then unleashed him upon us; the innocent victims of their evil military empire that is destroying our nation and making us less safe. The Washington Post article on Esteban is titled “”A senseless act of evil’: Motive of Fort Lauderdale suspect still unknown, authorities say.” However, in the very first sentence, they state “An Iraq War veteran who had complained that the government was forcing him to watch Islamic State videos pulled a gun from his checked bag and opened fire…” Seriously? Motive still unknown? Santiago stated that the government forced him to watch ISIS videos! THAT is the motive! It’s the very first goddamn sentence of the article!

These wars are making us LESS safe, not only because they are creating more terrorists abroad, but they are creating more terrorists right here in our own nation, our own vets are being driven, mentally and emotionally, to take drastic measures against their own battered, bruised, and broken minds. They are not born this way; war is doing it to them. Have you heard of all the stories of vets coming home and shooting up their whole families, their children, and wives? All the suicides? It is the result of the high levels of TBI, PTSD, and depression our vets face because of these wars. The RAND study, which is a paper that combined several of the most comprehensive studies on veterans shows that about 30% of our vets suffer from TBI, PTSD, depression or a combination of the three. The military response to high levels of mental illness was to try and blame the vets themselves, and try to say they already were mentally unsound before they enlisted, as if the type of person who would join the military MUST be mentally ill, when in fact, many of them join because they need a job. Screening programs were set up to try to evaluate recruits based on this but found that not to be the case, and only about 2% were excluded. Further research shows that war itself, and even boot camp to some degree is what causes the psychological damage our vets face. We need to STOP these wars, they are destroying us and making us less safe.

The methods used by our military to enlist, brainwash, and train the new recruits in boot camp is exactly the way a cult indoctrinates and uses mind control on its followers. This is unethical, immoral, and borderline mental cruelty. It is well-known in the field of psychiatry that being in a cult often causes severe mental and emotional damage. It is no wonder that studies show that vets, whether deployed or not, have higher rates of PTSD, depression, and anxiety. These mental illnesses can be caused by boot camp alone, even in peace time.

Our forefathers, they did not need to do this to men who bravely fought in the American Revolution; those men were fighting for a good cause, against tyranny, for freedom. When you are fighting a war for these reasons, and protecting your own land, your own women and children from invading forces, you do not need to brainwash the men to fight. They will fight willingly because they have the intensity and passion that they are fighting for their lives and the lives of everyone and everything they love. But the wars of the past few years, maybe longer, especially since Viet Nam, have not been so. The United States is now the aggressor, the tyrant, and many soldiers wake up to that fact either on or off the battlefield. This could be what fucks with their head and causes them to snap. The military has brainwashed them in boot camp to believe that the enemy is evil, and we are the good guys, wanting to bring democracy to the world. Then they realize they are really fighting to oppress, for regime change, to get cheaper oil prices, and realize their brothers fighting beside them have lost their lives because of this? The feeling of being betrayed, of being deceived by the leaders of the country they love and have fought for must be devastating. I remember the feeling I had when I realized the truth about the role of the US in the world, and how I myself have been lied to and betrayed by the media and politicians, and the worst I did was vote. I cannot imagine how much worse that feeling would be if I had actually worn the uniform and killed for my country.

If there was an outside force — an enemy, a food, a drug, anything — that was causing 30% to be mentally scarred and damaged, homicidal and killing innocent civilians, not even counting the ones being killed and physically impaired, we would be furious. Where is the outrage? We must stop these unnecessary wars that are creating more terrorists, both ISIS and homegrown. When will we learn that war only makes us less safe?