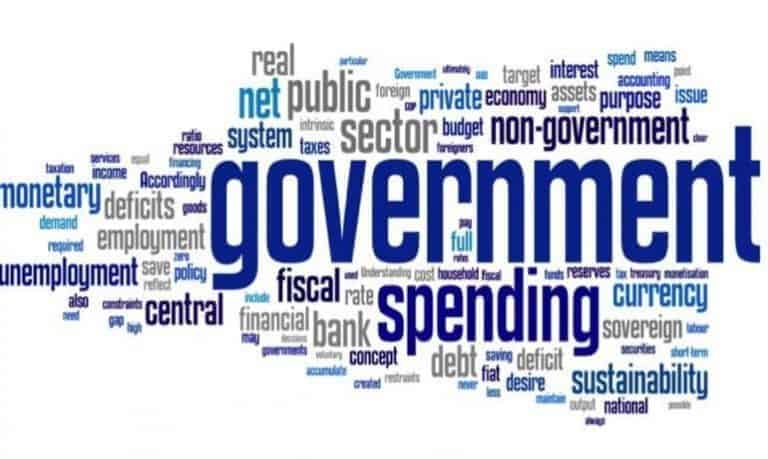 VI. Implications of the Above Key Points

The concept that the US government has no money of its own by design and must tax and borrow to fund its spending is an imaginary concept.

All constraints placed upon federal spending are political choices. They are not hard financial constraints.

The notion that the US government is at the mercy of bond markets is an imaginary concept promoted by people who wish to obstruct the US government from doing its job as a currency-issuer and spending for full employment and the public purpose.

As Warren Mosler states: “œThe US government never has or doesn’t have US dollars.” The reason is that it spends them into existence when it wishes to buy something. Because of its infinite spending capacity and the vast real resources at the nation’s disposal, the US government has extremely flexible policy options with regard to any problems in its domestic economy.

The only real constraint on federal spending is the ability for the domestic economy to respond to that spending with increased output, and even then, the US government still has the capacity to spend well beyond that limit if it chose to do so. If the US government chooses to spend beyond the domestic economy’s ability to increase output, then inflation can occur from deficit spending.

It is operationally impossible for the US government to pay for universal healthcare, the military, a tin of baked beans, or anything else with the proceeds collected in federal taxes, because the US government spends through direct high powered money creation, high powered money is the instrument that settles federal tax liabilities, and federal spending must proceed federal taxation in order for “private’ entities to have the US dollars required to pay the tax.

It is operationally impossible for the US government to save in US dollars, because it is the only issuer of US dollars and its capacity to spend US dollars into existence is infinite.

It is operationally impossible for the US government to borrow its own US dollars to fund deficit spending, because the US government spends through direct high powered money creation, high powered money is the instrument that is used to settle a bond purchase transaction, and federal spending must come first in order for “private’ entities to have the US dollars required to buy a US Treasury bond.

China has no authority to issue US dollars. It must earn US dollars by selling its production to the US in order to buy US Treasury bonds. When it buys bonds, it is merely choosing to place its earned dollars into savings accounts at the Federal Reserve. The same applies to any foreign entity.

All problems and failures in the US economy (The financial crisis of 2008, the 2002 recession, low wage environments, deflation, private debt expansion, etc.) are the result of errant political decisions which lead to inappropriate macroeconomic policy, and so, are the fault of Congress.

The US government alone controls the unemployment rate through deficit spending. If the federal budget deficit is too low, then unemployment will result. There is nothing “natural’ about unemployment.

There is nothing “natural’ about poverty in the United States. Poverty exists in the US exclusively because Congress wills it to exist. Congress authorizes federal spending. US dollars are used to access real resources and to increase production. If the federal budget deficit is too low, the US government effectively shorts the economy of much needed US dollars, and so, real resources are left idle, output is lost, production falls below what is necessary to satisfy the needs of the entire population, stable consumption of production is artificially limited, and unemployment and poverty result. Unless Congress deficit spends up to the limit of the domestic economy’s ability to respond with output and to maintain the situation in perpetuity, then Congress has failed.

There is no political, social or economic argument that can negate I ” VI.