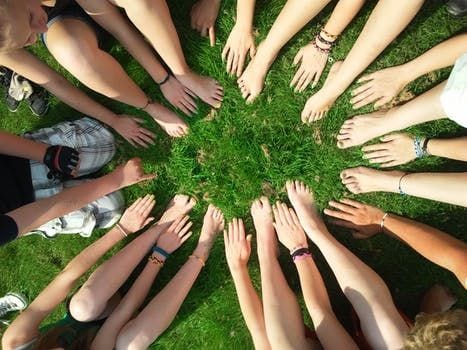 The struggle has been going on throughout the course of history; but especially in the United States, what we are dealing with on a daily basis is a systemic display of the evils of racism. Many people will claim that there’s no solution; others will claim that the solution will never come from the token programs the government tries to implement. Ineffective Band-Aid solutions are proposed as temporary solutions to the permanent problem.

The problem is easy to fix if you think about it. The reason why we keep having chronic outbreaks of violence and hatred in this country is because we continually divide rich against poor, white against black, everyone against whites, etc. This constant feeding of the monster of division is what leads to these violent outbreaks that you see every day, and especially the horror of the events in North Carolina.

Implementing one true economic policy that gives everyone a free and equal chance in our society would go a long way toward seeing these evil outbreaks of racism dissipate. Removing the systemic problem of racism and ignorance in our country cannot be legislated. It’s difficult to change someone’s mind once a strongly-held view is indelibly ground into a person, no matter what you do economically, physically, and spiritually. There’s nothing you can do about people who are just pure evil. But what you can do is not focus on those who are evil, but help those who need help bridging the gap. No one can solve every problem, and the scourge of deeply entrenched racism is not going to disappear overnight, even with the best of economic policies.

Forcing people, both black and white, to live in poverty are what has caused the Great Divide in our nation. Government intervention is not the entire solution, but implementing a Green New Deal that incorporates Modern Monetary Theory, in which everyone could have a decent quality of life, would go a long way toward eliminating the problem of racism.

But I will add this one word of caution: there are evil forces within our own government from the Federal level, through the State, right on down to the local level of government. I’m afraid there are people who would rather exacerbate the flames of hatred than solve the problems of racism and poverty. So do not be surprised if these evil forces are behind some of these events. These forces would rather see people tearing each other apart like animals than try to work out a solution to the problem. They believe there is profit in destruction and there’s profit in poverty. There is no profit in peace and in harmony.

Can we not all work together for one common goal? We can never totally eradicate evil, but if we have the right kind of solutions we can at least deal with evil on an equal footing. Dr. Martin Luther King once said, “injustice anywhere is a threat to justice everywhere.” Those who keep one foot in the past and one foot in the present are doomed to failure, and that’s what you must remember about people like the white supremacists and the neo-Nazis: they are stuck in the past. They are stuck in an antiquated system that is eating them alive. But if we had the right economic policy that serves the needs of the people instead of the corporations and the wealthy, it will go a long way toward eradicating the cancer of racism from our society.