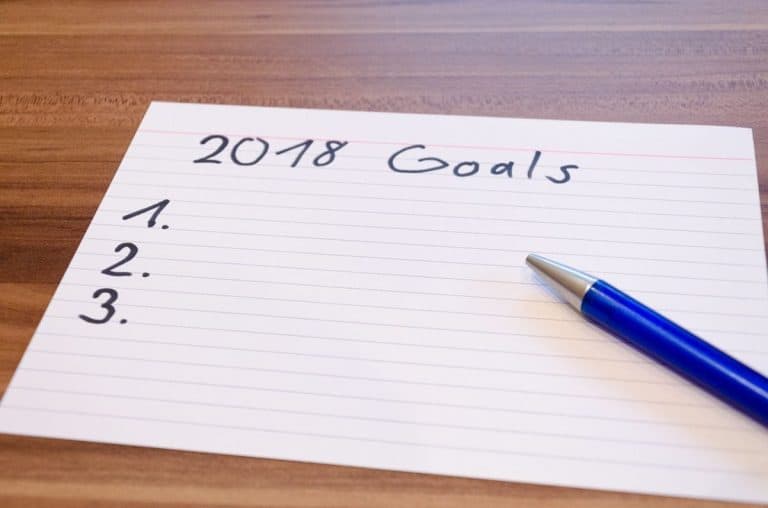 Why Your New Year’s Resolution Should Be To Learn MMT

By now, like millions of Americans, you’re nearly two weeks into your latest New Year’s resolution with the hope that this year, finally, it will stick. This year you’re confident you’ll stay on that new celebrity diet all your friends have been raving about, you’ll stick to the workout schedule you meticulously planned over the last week of 2017, and you’ll lose that “holiday weight” you’ve been packing on over the past year or two or five. But then that third week of January will inevitably roll around and those donuts your sadistic coworker conveniently put in the break room will begin whispering your name. What’s the harm in just one, am I right? Maybe two?

Don’t you wish there was a resolution you could make that doesn’t require you to starve your body or punish your wallet with an overpriced gym membership? One that would change your life and the lives of those you care about for the better? There is! It’s a resolution to destroy harmful and outdated economic mindsets, a resolution to understand macroeconomic reality, a resolution to learn MMT!

Modern Monetary Theory (MMT) is actually a bit of a misnomer since it is as much a “theory” as the theories of gravity or evolution. It would be more accurate to call it what it is: a fact. MMT teaches us that a country which is the issuer of a sovereign fiat currency, as the U.S. is, can never run out of said currency for any reason. That country can always meet debt obligations denominated in its own currency and does not need to raise funds through taxation or bond sales in order to pay for programs and services. Said another way: federal taxes do not fund federal spending.

This is an extremely important point, one that flies in the face of most historically orthodox macroeconomic thought, so let’s take a moment to fully comprehend its meaning and implications. The fact federal taxes are not used to fund any of the federal government’s programs means all federal spending is new money. This “new” money is literally brought into existence by federal spending and “old” money, or money circulating in the private sector, is removed from existence by federal taxation. So, your federal tax dollars do not “pay for” anything the federal government spends money on. Federal programs are paid for by Congress appropriating new funding to them, simple as that.

Your logical next question might be: why do we have to pay federal taxes at all if they don’t pay for federal spending? There are two important reasons why the federal government taxes its citizens. First, to give value to the dollar. U.S. federal taxes can only be paid in U.S. dollars, not gold, not pesos, not chickens. This, coupled with the fact that not paying one’s taxes will lead to incarceration, drives demand for the dollar and gives that green paper intrinsic value where otherwise none would exist.

As you can see, the federal government first spends money into the economy and later takes money out of the economy through taxation. If the money spent is greater than the money taxed, then there is said to be a federal deficit. But this deficit only means that the private sector has more money than it did prior to the government’s spending, meaning that the private sector is in surplus. This is the basic relationship between federal spending and the private sector economy. In most cases, the latter cannot sustain itself for long without the former, especially if the nation’s trade imbalances tilt toward imports and household savings rates are in decline. Case in point, the U.S. economy from the erroneously lauded Clinton surplus days up to the financial crisis of 2008.

One thing MMT makes very clear is that austerity is a great national injustice. Austerity literally kills people in need. It deprives funding to socially beneficial, often life-saving programs and organizations on the front lines in the fight against poverty. It tears away social safety nets, which prevent struggling families from having to choose between groceries and electricity. It forces formerly middle class families into debt until an unforeseen medical emergency bankrupts their hope for a brighter future.

The worst part of austerity, in a country that issues a sovereign fiat currency in which all its debts are denominated (as is the case for the U.S.), is that it is voluntarily imposed on its citizenry. It is a political choice made by economically inept and/or disingenuous representatives who do not understand the implications of our currency no longer being on a gold standard. It’s a choice we as constituents must make plain to our representatives as unacceptable policy and untenable for their political futures.

So in 2018, for the sake of your family, your friends’ families and for every American family facing financial hardships, make your new New Year’s resolution to learn about the reality of our nation’s economic system, to learn MMT, and when you’ve done that, teach someone else what you’ve learned. Together we can spread this knowledge and save lives by answering that age-old progressive agenda-killing question: “˜how are we going to pay for it?’

Who knows? The life you save may be your own.