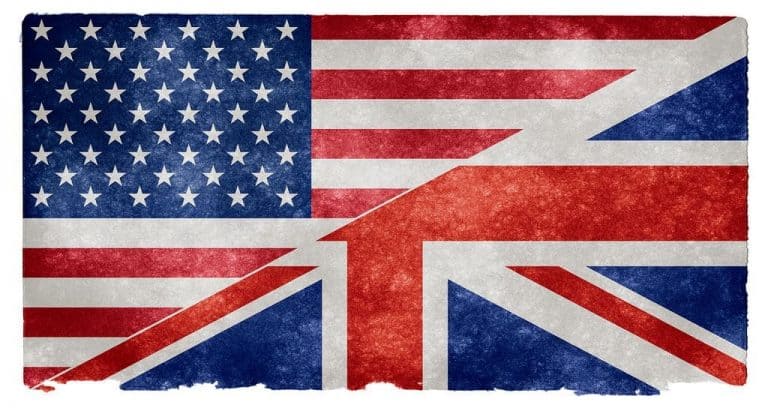 US and UK Progressives Should Join Forces to Fight Neoliberalism

The political histories of the US and the UK have often mirrored each other; from Reagan and Thatcher to Clinton and Blair, and most recently, Trump and Brexit. Our two nations have often been complicit in the bad, and now too, it seems, in the good. Bernie Sanders and Jeremy Corbyn have reignited the dormant progressive Left in both our countries and helped us identify a common enemy: Neoliberalism.In our nations, we have powerlessly observed the continuous destruction of the commons, the rigging of the economy to the benefit of corporations and the rich, and the undermining of democracy. Beyond our borders, we’ve witnessed the destruction of entire nations in Europe, Latin America, and Africa. Neoliberalism is a global ill, it would be foolish to limit ourselves to just our national concerns.
In late 2016, progressives in the UK placed high hopes on Bernie Sanders’ candidacy, and they were disappointed, but not surprised, at Trump’s win. Many of them who had already gone through the trauma of the Brexit referendum could identify similar issues surfacing in the run up to the US presidential election.

It is fair to say the grassroots who managed to give Corbyn the leadership of the Labour Party in the UK understand the rarity of their success.

In 2015, when Corbyn first appeared on the scene, trade unions, the traditional Left, and activists formed an unexpected alliance. Having endured 5 years of Neoliberal austerity under the Conservative and Liberal Party coalition, they united in rejection of it. Many (myself included) who back then only had a passing interest in activism, joined the Labour Party to vote for the only anti-austerity candidate in the Labour Party leadership election.

At the time, my political naivete left me completely unprepared for the backlash that was to follow. Corbyn supporters were publicly demonised, and purged out of their leadership election voting rights for any excuse Labour headquarters could find. On a daily basis, politicians and commentators would try to persuade them to give up on their mission or insult them out of it. Their arrogance betrayed them. The new membership was a crowd used to questioning authority and did not respond well to being patronised.

But the attacks continued even after the election of Corbyn as party leader. The now-dubbed “Chicken Coup” in June 2016, had Labour MP’s blame Corbyn for Brexit, which they used as an excuse to oust him. In the end this was an extension of what the membership had become used to: purges and a fiercely hostile media, who was antagonistic not only to Corbyn but also to his supporters. Another leadership election followed. By then, Bernie supporters were getting involved. They often posted messages of support in social media and pointed to similarities with the behaviour of Democratic Party officials.

For a moment it seemed the establishment would be successful. One by one, self-doubt took hold, and many supporters, fed up with the constant mistreatment from party officials, gave up in disgust. But for most, social media was the glue which held them together in intent. The grassroots, long abandoned by the mainstream media, depended on Facebook and Twitter to find like-minded individuals.

And yet it cannot be denied that taking back the Labour Party for the Left was a story of luck as much as collective strength. The Leadership voting system within Labour had only been changed in 2014. In trying to take away power from the trade unions, Labour MP’s inadvertently gave it to the membership. But when hundreds of thousands used the new “one member, one vote” rules to support Corbyn, in glorious defiance of the Labour establishment, you can be sure they regretted it.

Which in sleep had fallen on you:

Ye are many” they are few!”

[Excerpt from British poet Percy Bysshe Shelley’s poem The Masque of Anarchy (1819) ” recited by Jeremy Corbyn at the Glastonbury Festival in 2017.]

Thus, UK progressives now stand on the verge of the first democratic socialist government this country has seen in more than 40 years. Yet, there’s recognition that a Corbyn Premiership, although a crucial step, would not alone be sufficient to rid us of the Neoliberal monster whose tentacles extend far beyond the Atlantic Ocean.

For Washington, D.C. is the epicentre of Neoliberalism. Its representatives, the International Monetary Fund (IMF), Wall Street, and the many think tanks that guard the ideological edifice of this economic fallacy feed themselves, primarily, from US dollars.

It is time we used Lewis F. Powell’s infamous memo against its addressees, and exposed and dismantled the institutions dedicated to upholding the lie that has led us into this social and environmental crisis. We must reclaim our patriotic stripes from the xenophobic Right for a cause truly worth having. The Right has come this far only because the Left have allowed it.

So, when windows of opportunity appear, whether inside or outside the Democratic Party, charge at them as a collective force. All the money in the world cannot defeat a motivated, creative and well-informed grassroots. Tell us UK progressives how we can help. Teach us what you know and we’ll do the same.

Form networks with others in the US and abroad and try to remain united throughout disagreements. Movements are organic. And those who make the most compelling arguments will take the baton forward. Create new channels of communication to give a platform to new ideas. Form groups around your sets of skills. If you’re a good speaker, lend your voice to those who need it most. Support grassroots media and spread economic truth wherever you go. Educating is mobilising.

Patricia Pino is a writer at ThePileus.com