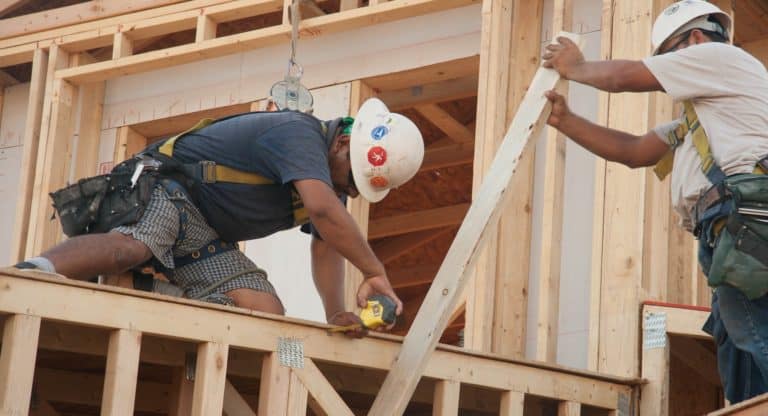 Now that progressive leaders (Bernie Sanders, Kirsten Gillibrand, and Cory Booker) have placed a proposed Job Guarantee program onto the mainstream political stage, it is essential they begin explaining the proposal s underpinning macroeconomic logic. Otherwise, they lay themselves, and the proposal itself, wide open to scathing public ridicule as exemplified by a recent Megan McArdle op-ed in the Washington Post ( A federal job for everyone? April 25, 2018). But what should they be saying by way of explaining?

Perhaps a point-by-point response to Ms. McArdle’s arguments is a way to begin.

First, her title itself is an intentionally misleading and pejorative portrayal of the proposal. The Job Guarantee (JG) program will use federal dollars to pay wages, but few (if any) of the wage earners would become part of a federal bureaucracy that most Americans believe is already over-bloated and inefficient. Instead, think of all the private doctors and nurses paid federal dollars to provide health care services to Medicaid and Medicare patients; think of all the private enterprise farmers, food processors and distributors who are paid federal dollars to implement the SNAP (food stamp) program; think of the millions of private defense contractor employees who build ships, planes, and missiles. Ms. McArdle is being disingenuous in planting the idea that everyone who is paid with federal dollars is a federal employee; it’s an idea that immediately discredits the JG program, and it should be proactively discredited itself.

Second, there is the cost, of the program, which Ms. McArdle helpfully calculates (since, as she points out, none of the progressive leaders have offered to do so). This calculated cost of $1-2 trillion per year exceeds, she points out derisively, our total expenditure on Social Security, with maybe Medicare thrown in for good measure. In other words, an amount totally ludicrous to even contemplate given the current and projected deficit between federal tax dollars collected and federal dollars spent. Let s defer a response to this argument for last, simply noting, for the moment, that progressive leaders cannot continue to propose programs that required the federal government to spend large quantities of U.S. dollars without explaining why it is both possible and rational for the government to do so.

Third, Ms. McArdle argues that the proposed Job Guarantee program establishes a de facto minimum wage ($15/hr) which she characterizes as a highly paid job that will put small businesses whose profit margins depend on unskilled, low-wage ($7/hr?) workers out of business. Walmart, she argues, can grudgingly compete with the proposed government $15 wage scale, but the mom-and-pop landscape business cannot: Their employees will all opt to work for the government s Job Guarantee program instead, leaving mom and pop destitute except for the fact, she disparagingly notes, mom and pop themselves would be guaranteed the option to join the government s program as well! Shutting down all the local businesses that depend on low-wage employees, Ms. McArdle declares, would deprive local communities of all the services $7/hr so usefully provides.

This argument is a red herring because it has nothing to do, per se, with the proposed Job Guarantee program itself. Instead, it is simply an argument over what the minimum wage should be in America something that must be debated and decided upon with or without a Job Guarantee. The original and basic concept of a Job Guarantee says only that the JG wage would be set just below the minimum wage, thus enabling private enterprise to hire workers out of the JG program simply by offering the minimum wage.

The important macroeconomic concept here is to provide support for private enterprise in two fundamental ways: First, by training and maintaining a job-ready buffer stock of labor which is available to private businesses as their needs arise; second, by maintaining a strong consumer base (consistently reinforced by the purchasing power of the JG wage-earners themselves) for the goods and services the private economy produces. The fluctuations of the business cycle are thus flattened out to the benefit of both businesses and family-supporting wage-earners. When the private economy shrinks, laid-off workers transition to the JG program which enables them to continue to be consumers; when the private economy wants to grow again, the workers haven’t disappeared into a nebulous downward spiral of joblessness (and hopelessness) but are readily available to be hired back by the expanding American enterprise.

The fact that Ms. McArdle does not even seem aware of this macroeconomic underpinning of the Job Guarantee concept demonstrates how poorly progressive leaders are framing and presenting it. This is something progressives need to proactively fix immediately. Otherwise, they risk losing the battle for public opinion upon which the JG program will ultimately depend.

Finally, Ms. McArdle asks what all the workers in a Job Guarantee program would actually do? She goes on to suggest there isn’t much work they can undertake to accomplish primarily because most of the work America needs doing requires higher levels of skills and training than the JG workers can be expected to have. This argument misunderstands one of the central premises of the JG program we’ve just discussed namely that a primary mission of the program is to train workers in the skills the private economy needs. In other words, one of the jobs JG workers are paid to undertake and accomplish is to get themselves trained to be useful employees.

Ms. McArdle’s question about what JG workers will do also builds on another sleight-of-hand premise: that the work undertaken by a JG worker must produce something tangibly useful to justify its cost. But since the goal of the JG program is not to produce profits, there is no cost to be justified. In addition to acquiring personal and organizational skills and training, it is easy to imagine a comprehensive list of useful but non-profitable goods and services that JG workers could provide to local and regional communities. Painstaking and non-partisan registration and confirmation of legal voters is a service that comes to mind. Restoring streams and mountain ecosystems destroyed by coal-mining is another. Planting trees and building contour check-damns on the public and even private lands threatened by desertification is another.

Now we can return to the crucial question that the progressive leaders dance around as if it were the kiss-of-death and indeed, as I earlier alluded to, Ms. McArdle does her best to bestow that very kiss not only on the Job Guarantee concept but on the politicians who have had the audacity to propose it. That question is not just how much the program will cost, but how is the federal government going to collect enough tax dollars to pay for it?

There are basically two strategies to address this question: The first is to frame the Job Guarantee program as an investment that will ultimately pay dividends for the American economy and the American people. A skilled economist could surely do this, and it is the kind of argument that has been made before and accepted, apparently, by the public as legitimate trickle-down economics comes to mind.

The second strategy is more difficult, but will pay bigger dividends, by far, if it can be successfully implemented: Teach the American public how modern, sovereign fiat-money actually works. Because if they learn that, not only does the Job Guarantee program become a logical and viable opportunity, many other public goods and services which previously no one could imagine how to collect enough tax-dollars to pay for become viable opportunities as well. Ms. McArdle can call this socialism and consign it, as she does, to the ash heap of history. I would call it the modern future of sovereign democracy, assuming sovereign democracy is to have any future at all.