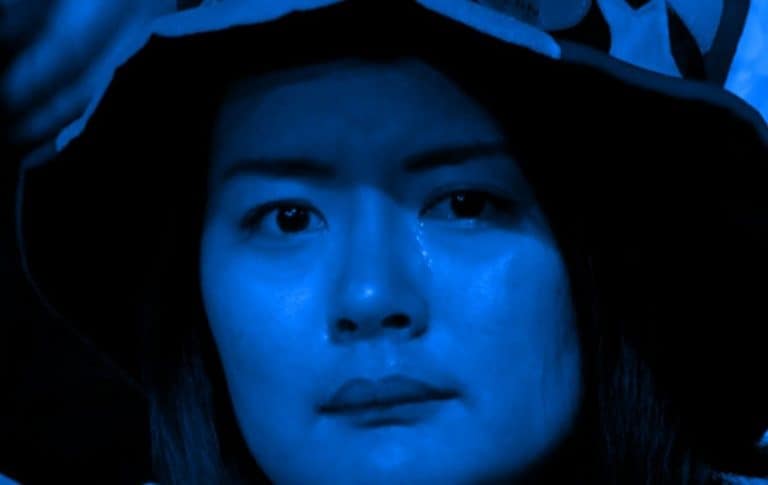 Depression is certainly not an integral facet of what it means to hold progressive ideals. We didn’t invent the term, and not all progressives suffer from the malady. But when certain key elements come together, even in lieu of an extended medical history of depression, one is more likely to become depressed.

Depression differs from simple sadness which passes and doesn’t affect much besides one’s mood. Depression isn’t just about mood, it’s about entire mindframes, and it rarely pays short visits. Though one’s mood can direct one’s actions to a large degree, mood alone is never a deciding factor when answering questions like, “Does my life have value?” or “Was it a mistake for me to be born?” or “Should I jump off of this bridge?”

So how does one who has no history of clinical depression, get into the frame of mind where they honestly and sincerely ask questions like these? How does one become clinically depressed?

Though there is a difference between temporary, situational sadness and true depression, the former can lead to the latter if the situation is left unresolved for a long period of time. In this situation, one begins to feel as though the situation is never going to change. They lose hope and become despondent.

While people can be genetically predisposed to depression, much like alcoholism, that predisposition does not guarantee a diagnosis of depression. Conversely, not everyone who lacks the genetic predisposition escapes from its tentacles. In short, even if you have no prior family history or predisposition to it, depression can become a way of life.

For many progressives today, their way of life includes all the ingredients necessary to begin a downward journey into despair. In spite of our noble intentions we are mocked, maligned, mischaracterized, misrepresented, underestimated, and given little credit (but plenty of blame) for our efforts. We are hidden, pushed aside, covered over, and railroaded by a corporate establishment that our friends and families still support, even funding their propaganda department every single month. To say that this situation is demoralizing is putting it lightly.

And every day, the effects of a corrupt establishment are the same. Every day there is yet another insult to the injuries we’ve all endured. The more often they occur, the more often those around us seem incapable of perceiving them.

Like one who brings an important
letter to the counter after
office hours: the counter is already closed.
Like one who seeks to warn the
city of an impending flood,
but speaks another language. They do not understand him.
Like a beggar who knocks for the
fifth time at the door where he has four times been given
something: the fifth time he is hungry.
Like one whose blood flows from
a wound and who awaits
the doctor: his blood goes on flowing.

So do we come forward and report that evil has been done us.

The first time it was reported that our friends were being
butchered there was a cry of horror. Then a hundred
were butchered. But when a thousand were butchered
and there was no end to the butchery, a blanket of
silence spread.

When evil-doing comes like falling rain, nobody calls out
“stop!”

When crimes begin to pile up they become invisible. When
sufferings become unendurable the cries are no longer
heard. The cries, too, fall like rain in summer.

Increasingly, this describes the environment in which progressives find themselves having to survive. It’s the same rain falling on all of us, but many have become unable or unwilling to perceive it any more, if ever they could, like a malodorous cloud in a waiting room that we become desensitized to after a time.

Yet progressives remain, and fight on, while many around us settle into two more years of the same old crap. They’ve already developed coping skills to help them survive through the winter, like tuning out the annoyances that they can do nothing about, and which sour their days with consecutive precision. But where does that leave us, the ones who can’t or won’t flip the switch to the “OFF” position?

For us it means increased anxiety, stress, worry, and depression, as well as a decreased sense of self-worth, productivity, and quality of life. Every wave that comes crashing against our shores erodes more of our support base, which is each other. The cycle screws itself, and all of us, into the ground.

But it’s important to remember that this cycle is not a natural one, like our seasons here on this planet. There is a reason for it which goes beyond the inevitable workings of nature, and whose roots are not designed to draw nutrients from the Earth, but to extract the fruits of labor from an entire nation. As overwhelmingly as that comes across, and as much as it overwhelms us in equal measure, we must not forget that a lot of this demoralization is intentionally designed to overwhelm us and switch us off.

In a way, it’s encouraging. Nobody would bother demoralizing us if they didn’t fear what we could do.

It’s also important to remember that this same demoralization can form a more secure, firmly molded moral base, established on the knowledge that we don’t need an established order to dictate anything to us, or come to our rescue, or support us in any way for us to find the strength to keep fighting on. That is the first step in winning. We have the strength of our convictions, based on an empathetic bond shared with all life. What’s right is simply what is in the best interest of not just all humanity, but all life in our fragile ecosystem.

If we never lose sight of that, and the context created by the opposition from corporate profit-based approaches, then we’ll never lose sight of the bonds which tie us all together. We must all try and maintain our current social connections, even try and branch out to find new ones, as we build our social bases. These can include group chats, meetings, group therapy sessions, any situations where we can take the emphasis off of ourselves and our current personal situations to focus more on the fact that there are so many of us working toward a common goal, in a multitude of different ways on a million different battle fronts.

In the meantime, don’t lose focus on yourself completely. Try your best to take care of yourself physically, drink plenty of water, get as much sleep as you can, watch your diet, and get some exercise every day. It’s normal and natural to feel down sometimes, but if it turns into a situation that seems as though it will never change, because it hasn’t in so long, then this situation needs to be addressed as quickly as possible. Sometimes all it takes to get back on the right track mentally and emotionally is to talk about how you’re feeling, and what you’re thinking, in a professional group setting. Sometimes just finding the right words, forming them, and communicating them to another person, or just to yourself, is enough to lift a person out of the mire of it all to a position better suited to view the bigger picture.

Sometimes that’s all it takes to begin your ascent out of the pits of despair.

But whatever you do, and however you do it, don’t forget that no single person can fix everything by themselves. It takes all of us. Also important to remember is that the reason for your pain as a progressive is because you truly care. That fact is also one of the things that make you truly beautiful and worth loving completely.

Never lose sight of it, or your sense of outrage.

We will get through this, together.