This entire series is based on the book “Gay American History” by Johnathan Katz. While the last chapter of this installment dealt specifically with the lesbian experience in America, this installment will deal with the historical evidence for the universal experience of love, commitment, fulfillment, and joy.

In contrast to the entire rest of the series, which addressed the more difficult, painful, dangerous and frightening aspects of American gay History, this final installment in the series will deal only with the rare documented glimpses into happy, loving gay life which can be seen to have occurred, in spite of a world seemingly made out of nothing but opposition to it.

As was discussed in the three prior chapters in this series, this opposition took the form of criminal indictments, medical diagnoses which relegated the victim to the realms of ‘danger to society at large’, shutting them away from the world to wait for a ‘cure’ that never happened, professional and academic rejection, and religious persecution, degrees of which persist to this day. One of the results of this type of approach to dealing with homosexual men and women in society, for two hundred years, is that we now have a vast body of evidence, both legal and otherwise, documenting the atrocities committed.

In stark contrast, scant evidence exists of a more wonderful historical record, shining a light on a more satisfied side of American gay History. But in spite of its rarity, posterity has provided us with a picture, often merely a silhouette, of the good side of gay life, or has at least shown us that it exists. And this image is all the more treasurable, due simply to its extremely limited supply. For those who understand what it means to long for any kind of history to hold dear, and to call your own, this is invaluable.

It’s certainly no less valuable in a historic context.

The book ‘Gay American History’ by Johnathan Katz, like this article series about it, is divided into four parts. The last chapter in both, deals with these hidden little gems of joy, which were in danger of having been lost in a sea of horrible, clinical, historical fact. That’s not an indictment of Katz’s writing style, but of the subject matter at hand, which even the adept hand of Katz could not glorify, even if that had been his intention.

Instead, Katz chose to let the final portion of his work stand as the most important final thought, in a theretofore undocumented story of misunderstanding and mistreatment. In doing so, he highlights the fact that love can and will find a way, no matter what obstacles are placed before it. It also serves as a source of hope, for a story of darkness freshly exposed.

…A source of healing, for a fresh wound.

In the 40+ years since the publication of this book, it has served not only the purpose of an important set of historical documents that likely would never have been compiled under one binding otherwise, but as a source of hope, affinity, and inspiration for a large swath of society. To that end, there is no more important chapter than the last one, entitled simply, “Love: 1779-1932”.

In this chapter, Katz prefaces the information within by explaining that all evidence of human exchange throughout anyone’s history, must be taken into account in context with the moral atmosphere of the time when it was created, and homosexual history is definitely no exception.

“Whatever continuity there is in the character of homosexuality from one specific context to another arises from the long and continued existence of a violently anti-homosexual society. All the same-sex relations documented here existed under the pressures of this society; they cannot be understood, apart from this negative historical context.”

This same prohibitive attitude subjugated the subject of sex in general in polite society, although married, adult heterosexuals were excused from both the feelings and the activity in the privacy of their own homes. In contrast, homosexual feelings were seen as feelings that must be suppressed for one’s entire life, never finding an outlet with another person.

“These documents reflect heterosexual moralist’s sharp distinction between homosexual feelings and activity. This value judgment is often presented as a description of reality. By declaring homosexuality as unmentionable, Judeo-Christian society tried to discourage even the thought of it; in declaring such feelings a sin, it, without doubt, succeeded in suppressing some homosexual activity. Quite apart from this reality, and the needs of factual description, the philosophers of heterosexuality traditionally insist on an emphatic moral distinction between homosexual activity and feeling: It is not quite so bad to feel it, as to do it.”

Perhaps in response to this, society has deemed it necessary at times to declare homosexual feelings as “pure”, or divorced from primal, “lower instincts”. This had the effect at times of elevating homosexual relations beyond even heterosexual ones, which were seen as ‘primal’ inherently. In this childish innocence, gay people existed in purely platonic relationships more closely akin to ‘friendships’. …At least in the minds of those on the outside, trying to see in, but also in the facades of those who would try, through sheer self-preservation, to keep the prying eyes and judgments of others out.

Not helping this situation at all, are the hired biographers of noted homosexual celebrities like Gertrude Stein, Alice B. Toklas, and many others, who insisted on declaring their relationships with members of the same sex as ‘purely platonic’.

In short, Katz states: “Heterosexual morality has clouded the understanding of homosexual reality.”

Or in another passage: “Categorizing human relations as homosexual or heterosexual should be replaced by research aimed at revealing the multiple aspects of the particular relation under study. Characterization, not categorization, is the order of the day.”

Also important to remember, is that according to many historians, the term ‘homosexual’ did not even exist before the 20th Century, and ‘gay’ only emerged in the 30’s and 40’s. ‘Lesbian’ is a term born of the 70’s. There literally was not even a term to define one’s self for gay men and women, prior to those times.

All that being said, and after long introduction, here is a sampling from the long list of documented relations, included in Gay American History.

The compilation of documents begins in 1779, with the love letters of Alexander Hamilton. As a famous US founding father, it is surprising to some to learn that these letters were addressed to a man named John Laurens.

“I wish, my dear Laurens, to convince you that I love you.” – Alexander Hamilton

What remains today of their correspondence begins when Hamilton was 22, and Laurens was 25. Both were aristocratic youths fighting alongside George Washington during the US war of independence, and afterward.

Many years later, another revolution, this time of a literary nature, began to take shape in the US, and three of its major figures; Ralph Waldo Emerson, Henry Thoreau, and Walt Whitman, all have left us not only evidence of homosexual relations in our historical record, but beautiful sentiments which allude to the nature of the subject. …A subject which a fourth writer, Herman Melville, wrote about, though in vague, cloaked terminology, in his Epic “Moby Dick”, among other works.

Also of important note in the early 1800’s, famous educator and feminist Margaret Fuller began to write and speak publicly about her feelings about other women, and is quoted as saying, simply yet eloquently; “A woman may be in love with another woman.” It’s hard for many today to imagine the context in which such an obvious statement would even need to be made, but sadly the need persists, even today. 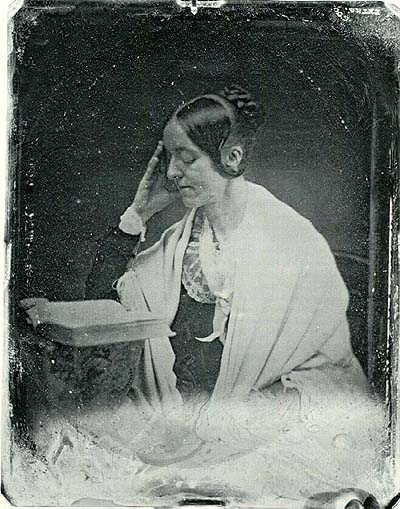 The educated, enlightened visions of same-sex love richly embellished in the mid 19th Century inspired some to carry the torch into the 20th, like writer Charles Warren Stoddard. 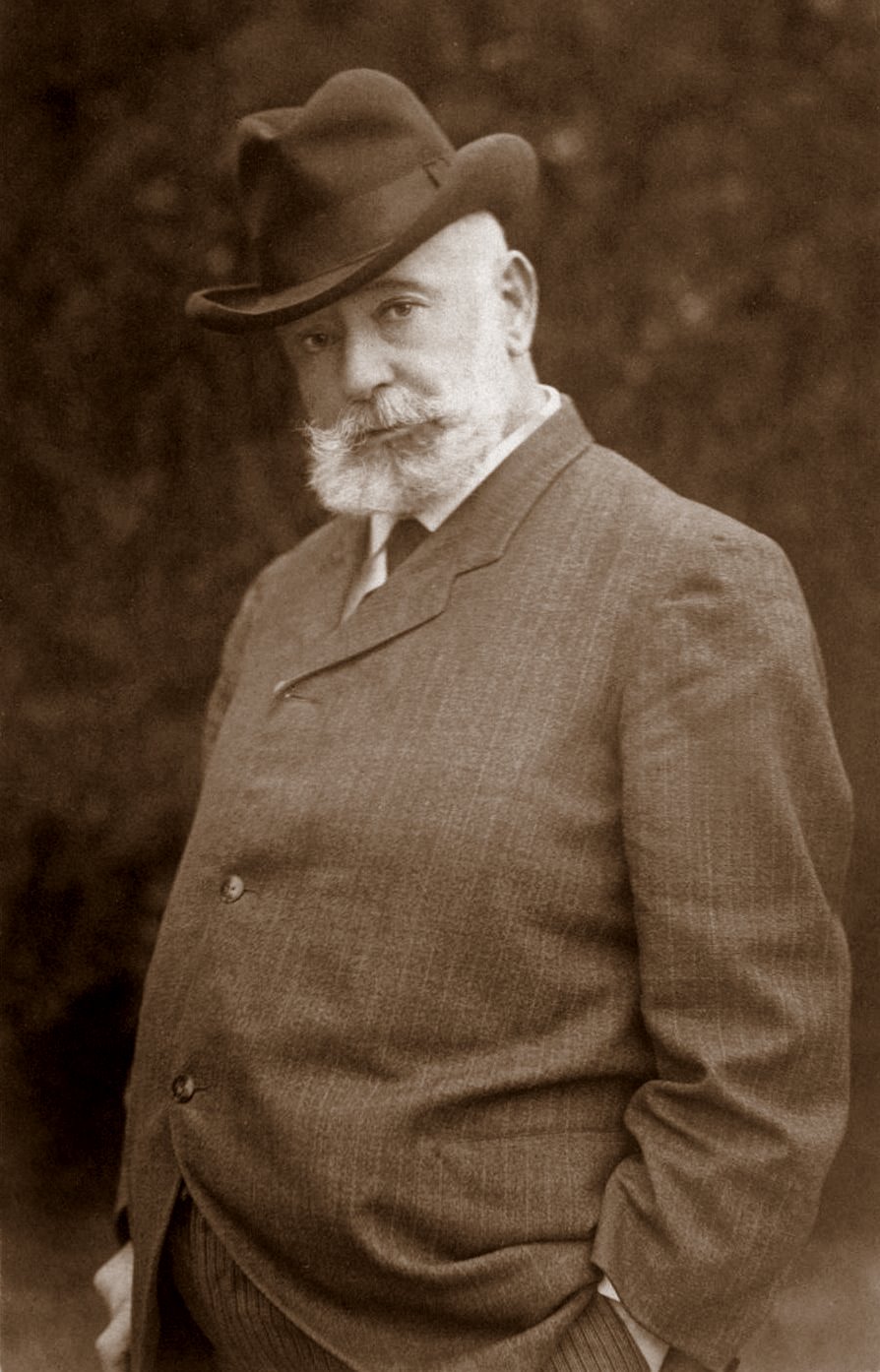 Stoddard was more than ‘reported’ to be homosexual, he was one of the first in modern times to publicly declare his homosexuality, championing the cause by virtue of the acceptance which he had found, within the more ‘primitive’ Polynesian society.

As the literary revolution was mimicking the American revolution on certain levels, the old West was inspiring more direct, contemporary manifestations of male companionship, in the form of all-male saloons, dance halls, and ‘miners balls’, where miners, or other traditionally male occupations which traversed the wilds as hunters or traders gathered and cavorted. Some aspects of American history are just ‘gay’, whether those involved were actually ‘gay’ or not.

It’s sad to think how white settlers and Natives could have easily coexisted peacefully on that basis, if not many others. It’s sadder still when we all know what happened instead of that.

But this is a celebration, and none of that will spoil the party that’s to come.

Although it took many decades, many fights, and much blood and tears, gay men and women have survived being covered over. After emerging from the shadows, we survived being misrepresented. After standing up and speaking for ourselves, we were silenced. This cycle went on for years before public opinion was favorably persuaded enough to begin to break it.

And that process continues, though much ground remains to be gained. It seems after every victory there was a backlash, but these are all important fights that have gotten us past many of these antiquated pitfalls from our collective history, to the point where we can all be more proud of who we are. Names like Sir George Michael, Sir Ian McKellen, and Kristian Nairn can join the ranks of Tennessee Williams, Truman Capote, and Rock Hudson. They could not likely have done that without the trials and tribulations which the former endured. Their later success was in part based on them.

We should try to remember that, in our fights today. Things are getting better, and our battles, though they seem to define our time on this planet, have meaning and truth which will outlast us. We are doing good work.

Thank you for joining me, and Real Progressives, for this four-part series about the book “Gay American History” by Jonathan Katz. In spite of having four parts, it’s really quite impossible to do truly do the work justice, and include everything worthy of note. In spite of this, hopefully, you have enjoyed the experience and can join me in thanking the author for a vital job well done.