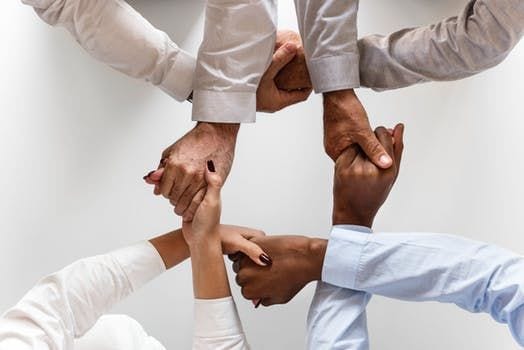 My Story, My Struggle, Our Victory

Going to put some things out on the table that I feel speak to a great many issues and they are all related to me, my family, my career, Real Progressives, and Modern Monetary Theory…
As many of you know, I advocate for a New Deal through knowledge of how our Federal Financing System (MMT) works.

I wish I could say it was purely an academic exercise to spread a “theory” around for simple conversation or general interest.

But I would be lying if I allowed such a thought to stand unchallenged.

In 2009 I lost my career at Verizon. 17 years worth of career lost due to the Global Financial Crisis. A crisis that was easily preventable; moreover, the fall out was amazingly simple to assuage.

I was trapped. No way out.

The psychotic left salivated over a former conservative fallen on hard times.

Eventually after 18 months of unemployment and struggling with my retirement and last of my savings all I could do was consider killing myself.

I found work eventually but the bills piled up. The evil, sick people that talked about bad choices and “personal responsibility” heckled me and tormented me. In fact, some disgusting people bring this up 9 years later… (more on that in a bit)

People looked over my shoulder as I used my food stamps card and my unemployment card. Scowling. Evil…

Then I found a job… paying 1/3 what made at Verizon. The title was “Deputy Program Manager” and I accepted it… it didn’t pay enough to cover my bills and worse, the state cut all services.

I had a job. Working full time… but was now in danger of losing everything… again.

The tax man was after me.

Domestic Services was after me.

Bill collectors were after me.

Unfortunately even as I would land 1-year contracts, I had absolutely zero stability. I was like a feral cat trying to survive.

More evil, sick people sneered and mocked me for setting up a go fund me in between jobs and sicker people trolled me on social media. Evil, wicked and disgusting people doxxed me and went after me as a parent… as a human being.

Flash forward to my current situation… even today, with a long-term contract in place, my employment is shaky and could wash away at any point. The bills are still piled up. The taxes still behind. The child support almost caught up but nonetheless behind.

I now have a son with autism. He requires tremendous care. The state attempts to help via early intervention but it is woefully short of resources and funding. All of which are easily fixed. Easy, easy remedies exist…

Most refuse to learn how this could be fixed.

Most do not care about how states are funded.

Most don’t care how the Federal Government spends money into existence.

Most refuse to cover this in the media.

Alternative media is as much of a failure if not worse than even the horrific mainstream media.

Though activists love screaming at the problems… most refuse to learn the solutions.

The powers that be are content with uneducated people diverting attention from solutions to the fake problems, and are ecstatic when the conspiracies distract us from organizing and mobilizing to force our government to spend on these issues.

My son… could have all the care he needs …

All homeowners that were destroyed by the global financial crisis could have easily been made whole.

Every single student debt could easily be eliminated forever.

And a job for every American that wants work could be had.

So Real Progressives came to be.

I have fought for years to bring Modern Monetary Theory (MMT) to the public because of situations like my own.

The suffering is real.

The pain is real.

This is no cult.

This is no academic exercise.

I am fighting for not only my life but my family’s well-being.

I am fighting for the poor and downtrodden.

I am fighting to keep people out of a noose.

I am fighting for truth.

Real Progressives is made up of men and women from all walks of life.

And we are fighting for a New Deal.

Horrible people have trolled Real Progressives and even worse have come thru the doors of a volunteer organization casting aspersions against me, my motives and the “leadership” of the organization.

They come through and do nothing but paint false promises only to abandon ship and then talk shit and gossip.

Reading the above story, I am sure you can see why I have such little patience for trolls or those who sell false promises of help to me or the organization.

Lives are on the line.

We have worked HARD to bring the word.

The pain and truth of this message have been ignored or mocked by many.

I am here to tell you your mocking is a death sentence for many.

I do not care about titles or labels. I care even less about political parties.

I care about truth. Real truth. Not conspiracy myths that divert focus.

And in that, I care about lives and the environment.

Our team cares about that.

We care about all of us and your families.

Be in the solution.