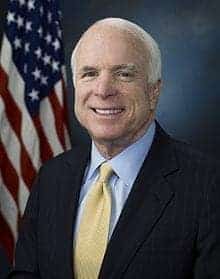 First, let me say RIP, John McCain… second, let me say to his family, I am sorry for your loss. That said, I have a few thoughts as an antiwar, women’s rights activist, and New Deal progressive:

There are a few pond scum politicians and figureheads, talking heads that I wouldn’t miss for 2 seconds… but I would never celebrate their death or illnesses.

But he is not alone in his warhawking and it wasn’t even a partisan thing. Most of our politicians leverage jingoism, flag-waving and bombing our way to the promised land with the red, white, and blue “these colors don’t run,” we came, we saw, he died …

We have to retain our humanity and our love of life and decency or we fall to something less than human. Less than decent… we become tribal animals without a compass.

I am not a John McCain fan, but I do not relish his pain, suffering or his family’s misery and sorrow.

I just look at his ideology, mindset and beliefs and say, I will oppose that to my own deathbed.

But I will not celebrate his death or suffering.

Call me a bleeding heart progressive… I prefer to see myself as a human being with a conscience.

There will always be people we can hate. People who are quite literally terrible people and bad actors who make the lives of the masses absolutely miserable. We must show a better route forward to ensure we create a world we are proud of — one that we want our children to inherit.

So Rest in Peace Senator…may your ideology go to the grave with you.