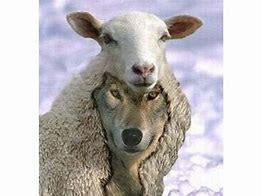 Be Careful What You Clap For

Just think” “I’m Dim Skimperson here at FLAX News, The Wholesome News Network, covering the 2020 General election returns. All in all, this has been a major win for minorities and other marginalized groups. This is what we have all been fighting for and the effort has paid off. We all deserve a pat on the back for realizing our dream of diversified representation in Government. Have we finally moved beyond color including Red and Blue?

Glass ceilings are shattering everywhere creating countless jobs for the “Shard Sweepers Union” as the Nation awaits anxiously the final tally, of votes suppressed, switched or hidden in a closet, in one of the most contested races for POTUS in US History. The results are in. We have a New President and yet another ceiling shattered. Ladies and Gentleman, I’m proud to announce that this country has elected its first female President and leader of the free world…Ayn Rand.

Few people could imagine, in this century, that a woman could attain the White House. Especially after the last one, who somehow managed to make “grandmas” look bad. Here we are, folks. A major win for women. Critics and the fake news media are already launching attacks against the dead. (Terrible, terrible people, that’s very disrespectful and rude!)

The bottom of the ticket also ticks off several marginalized boxes in one tight package. Our first transvestite, who is also our first albino dwarf with a nipple piercing, J. Edgar Hoover. We also have reason to laud both the Black and Latino communities for their contributions in this cycle. The Crips have taken majority control of the house and MS-13 now controls the Senate. Rumors also abound that Louis Farrakhan is being tapped as Secretary of State.

In the bizarro world of Dim Skimperson. The most important element is missing from his commentary. Which is this, what do these people bring to the table, It’s not enough that they have color particularly if Red or Blue is your criteria. I look beyond skin (religion, gender, national origin, sexual orientation) to the person within. I’m not Dim Skimperton across the surface. Same applies to policy, Look past its color of origin, red/blue, to its merits; We have an obligation to do so. We all know campaign season is rife with hype. Don’t allow you to be distracted by shiny objects. Get to the core.

Barriers that normally would have stopped citizens from obtaining office are falling, That’s undeniably good, but, it isn’t movement in policy. MSNBC is fluffing the gains for women. It isn’t mentioning how many are republican. Steve Schmidt; openly gay, Hillary Clinton, openly female, Ben Carson, openly black. From our perspective a win, for long-standing obstructions to an office, not so much when it comes to policy.

We have two progressive candidate wins. However, they have not yet produced. So some perspective here is necessary. I love Willie Nelson. He’d be a win for old compassionate stoners, I don’t want him heading up Treasury! Steve King won, which is great for lower primates, not for the country.

What matters are policy wins. Policy is key: not personality, sexual orientation, race, religion, or gender. It’s policies we need to elect. We need to remain focused. no matter what the outcome of an election. Sound economic policy empowers all of us and therefore the Nation. It’s the single most important component for all who have been marginalized.”