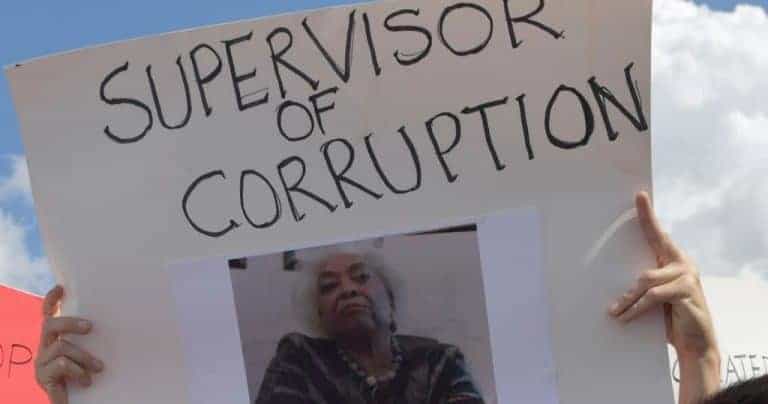 After the antics of the 2016 primaries and general election, it’s no surprise that vested interests might once again try the same tactics during the midterms in 2018. It also should come as no surprise that the events of 2016 might inspire a few keen eyes to focus on certain key races, to determine not only the validity of the outcome but the process used to get there.

As far as races progressed, ‘the one to watch’ was arguably the matchup between Tim Canova and the incumbent DNC chair Debbie Wasserman Schultz, in Florida. The reason for this wasn’t just because it’s an important, hotly contested race, but because Tim Canova is a hugely popular candidate that has faced this rival before as a Democrat, coming within a few thousand votes short of victory. Now he is facing her as an independent. Will the tired old excuse that ‘people won’t vote independent’ hold up, in light of Tim Canova’s rising popularity since 2016, and the declining popularity of the DNC, not to mention polls showing that he and DWS were running neck-and-neck?

More importantly, perhaps, will his vote total be another smoking gun in the same way that Jill Stein’s vote totals were when they in no way seemed to represent her support in 2016? Events like these shine light on a glaring flaw in our voting matrix: it is artificially slanted against independent challengers.

Right from the start, there was reason for concern. 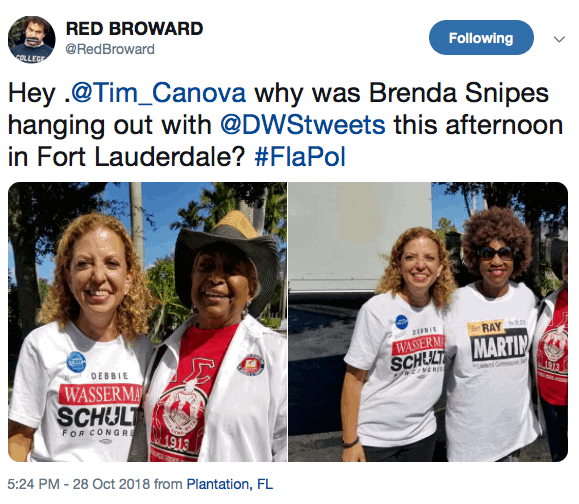 After being found guilty of destroying ballot images in 2016, it did not bode well to have Brenda Snipes in charge of the proceedings again. Thankfully, there were seasoned election transparency activists on the scene to document the carnage as it unfolded. One particularly worrisome piece of evidence came to light when someone caught poll workers transporting ballots illegally to another location.

As the hours dragged on, and the results trickled in, it became more and more painfully obvious that something wasn’t right. This couldn’t be right… 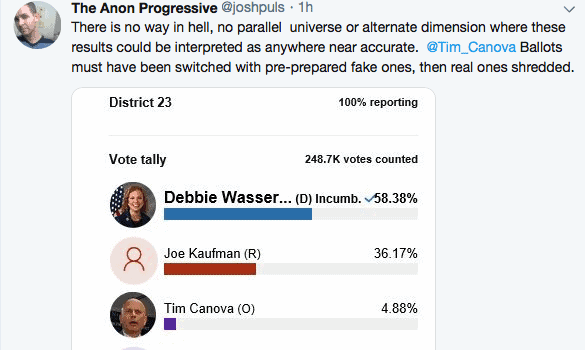 But haven’t we seen this before? Aren’t there always red flags that you can see if you’re vigilantly watching for them? Yes, and one of those red flags waves when election results to go down.

Curiouser and curiouser… We have seen this before, but is this vote-dropping indicative of fractionalized voting, or is some other factor to blame? It may be time to call in an expert on this one.

According to 15-year election transparency pioneer John Brakey in a recent exclusive interview with RP, the sheer mathematics can indicate fraud, but if you want to prove it, you have to use paper ballots, and ballot imaging. There are all sorts of things that can happen in between ballot-casting and vote tabulation, indicating either error or foul play, but the only way to confirm the actual count is by looking at the ballot images, no matter what caused the problems.

Transparency is the key.

It’s an important point. Our enemy may lie in a castle on the other side of a wall inside a moat, but if we keep focusing on what’s inside the castle (or inside the black box), we won’t accomplish much. We have to work out how to get into the castle, and that’s where paper ballots and ballot images come in. They are an infallible tool that is within our domain to use, and we must use them.

…And that’s also why we see such staunch opposition to these images being made public. There may be battles going on all over, but the fight to keep these records public is the front line in the battle for our democracy in the US.

“If we’ve got a real Democracy, you know voting is a sacred process folks, (but) counting is a public process.” – John Brakey

By the same token, we could be verifying our own votes in the same way that we check our PayPal balance online.

But sadly, speaking of verifiable elections, and the audits and recounts which inevitably result from them, John Brakey has a rather sobering report on Broward County:

“All of a sudden walks in my lawyer, okay, and he is one of the best known lawyers on elections in this country (Chris Sautter), and we were able to review the board, and prove that they were not saving the ballot images, they were only saving the write-ins.”

The fight in Florida was important, but it was only one battle with significance, especially in light of the primaries leading up to the general midterms. Since the validity of the midterms relies on the validity of the primary results, the ballot images from that have great importance. Unfortunately, they are handled with negligence rather than care. According to Brakey:

“64% of all the ballot images in the primary were destroyed by the general election.” – John Brakeyâ€‹

While the results of the race for DNC chair in Florida are as disappointing as our inability to glean a verifiably accurate vote count, the events in Broward County are mightily important in that they shine a light on the necessity of a verifiable paper trail, in proving the validity of our election results. They are our right, as voters.