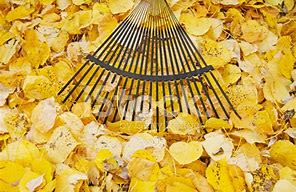 I had a dream. In my dream, Ronald Reagan was standing at the Mexican border. I heard him say, “Mr. Gorbachev lend us your wall” to a passing Gila monster. An image as absurd as the reversal in American policy. As absurd as the notion that we need to borrow a wall in order to have one on our southern border. What happened next made my dream seem ordinary. My TV was telling me about a proposed Department of Rakes.

Keep in mind this isn’t an article about medical marijuana. There is quite a bit of smoke to clear away here but it isn’t due to any sort of leaf combustion. We all know that money talks. Quite often, it purchases smoke machines from defunct rock bands and talks by clouding issues and policy. Other times it speaks unobtrusively in sign language, as Anti-Dollars. This is when money, or lack thereof. is used to persuade. For example: “We can’t have Healthcare due to lack of funds. We’ll increase the debt and deficit.” For every legitimate reason why we need to spend dollars, there’s an anti-dollar argument that cancels it out. Meanwhile, money is in the background silently waving, “I’m here, I’m here, set my people free”.

The formula is simple. Generate fear to create a need. Utilize debt and deficit (Anti-Dollar) to cement fear and generate anger over the inability to address it. Redirect the fear and anger by blaming the opposition for inaction and/or to gain support and acceptance of a half measure of the solution.

As intriguing and amusing as the Wall and Rake smoke are, there is something to be learned in the distraction. First off, we know both are distractions as is the Smoke they are attempting to blow up our collective… nostrils over Healthcare.  In the case of the first two, we know this because Donald Trump clearly stated, “This is the United States government. First of all, you never have to default because you print the money, I hate to tell you.”  I didn’t hate him for telling me. In fact, it’s the first time I didn’t hate what he told me. I rushed out to spread the good word.

The Wall is a pure distraction for Trump. If he understands, as his quote indicates, how Sovereign fiat currency functions then he knows the U.S. can just slap one up. The smoke is comprised of the assertion that a Wall is needed. The Anti-Dollar shows up in the implication that it’s an unfair expense.  Allowing arguments like, Mexico should foot the bill, Dems won’t agree to fund it, generating even more smoke. He doesn’t need a wall. He created one out of thin air. It serves his purpose even better than a brick and mortar wall would. He divided us with a small investment toward smoke generators and anti-smoke and zero investment toward the public purpose.

An actual wall would not serve his purpose. Spending would enhance local business stimulate state economies, reduce unemployment and welfare use, effectively demonstrating both the need and wisdom of spending for the public purpose, spending unconstrained by concepts like Federal debt and deficit. His purpose is to walk the fine line between austerity and revolt against him/Gov. He does this with smoke and Anti-Dollars. Then he uses the consequences of austerity to encourage us to divide and conquer ourselves for him.  In this, I give him that  A+ he’s always fishing for…

This same formula can be applied to Pelosi and the Democrats’ position on Healthcare. Instill fear and need, rising costs, millions uncovered. Blame the inability to create a Medicare for all type solution on opposition and Anti-Dollars. Redirect it all into acceptance of a tweaked for-profit system. All under the guise of having won a hard-fought battle against the enemy in spite of being poorer than the excuse that ‘only leaves can prevent forest fires’.

We see how the two parties use the same formula toward their own ends. Let’s try and use it against them by calling their bluff. Of the two projects proposed, I’m going to suggest supporting one. Absurd as it may sound I think I’ll come out looking saner than Reagan at the border. Let’s dump the Humpty Dumpty project. It may serve some immediate aims but goes a long way toward blocking others. It’s taking a nose dive to a million pieces anyway. In the end, it would only be seen as an ugly and incomplete monument to the jest of times, the cursed of times. On the other hand, a Department of Foliage, I could support. It not only sounds nice it would get some dollars flowing, create jobs, Generate interest in MMT, possibly heighten awareness of environmental concerns. We can always redirect the Department to more useful application. But Trump suggested it. How do we pay for it? We have to pay for it: it’s a damn fire hazard, remember?!?