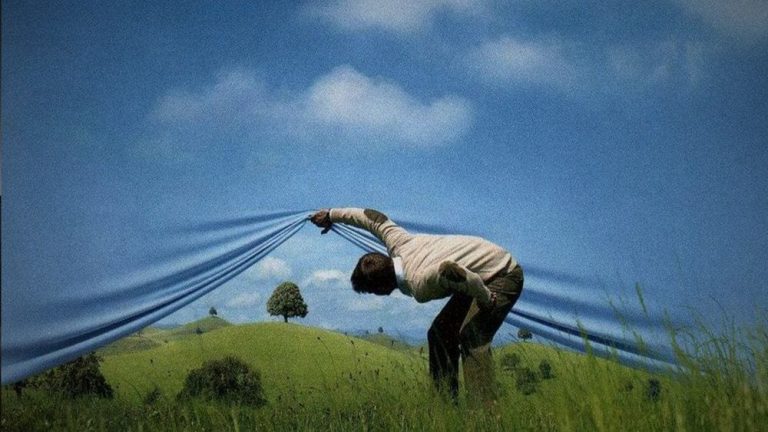 MMT Is No Joke – The Joke is How Its Used

Bloomberg published an article by Michael Strain (director of economic policy studies at the American Enterprise Institute, a conservative think-tank) on January 17 entitled “Modern Monetary Theory is a Joke That’s Not Funny.” As a convert from the “tax-and-spend” theory to MMT (Modern Monetary Theory), I believe there are some major misunderstandings in this article that deserve correction and deeper examination.

First, the author seems to have trouble identifying what MMT actually is – a “theory of money?” a “prescription for macroeconomic policy?” an “economic theory” that is “not fully developed?”

Clearing up this confusion will render much of the author’s remaining points moot, so this is this is the best place to start.

Modern Monetary Theory is a “theory” (in the scientific sense) of what money is and how it functions in today’s monetary paradigm. Put more simply, it is nothing more than a description of operational reality, with no inherent political leanings. Understanding that MMT seeks not to change anything, but to simply provide a description of a system already in place, should clear up a lot of confusion. MMT is not something that its adherents are pushing to implement.

As such, any “dangers of MMT” the author warns of are current dangers, not dangers that would arise should we “implement MMT.” Again, MMT is merely a description of the system we already have.

Since the author did not provide MMT’s description of our current system, I will give a few bullet points describing how things already work from the MMT perspective:

Analogies tend to be helpful, so it might be helpful to think of scales or a teeter-totter: the amount of money in circulation is always the exact same amount of “national debt.” This teeter-totter never moves; the weights on both sides always remain exactly equivalent.

The idea of “balancing teeter-totters” is central to the economy when you view the economy through the MMT lens. It applies to supply/demand as well and thereby inflation/deflation.

The Bloomberg article, as most critiques of MMT, do, focused solely on demand-pull inflation and rings the alarm bells about “just printing money,” since – again – this would pump money into the demand side with no commensurate capacity to handle it on the supply side.

Fortunately, MMT not only recognizes this danger but centralizes a solution to it. In fact, this is precisely why MMT advocates tend to favor a Jobs Guarantee and vehemently oppose the idea of Universal Basic Income (UBI). Importantly, we advocate that any spending into the economy results in the growth of supply to accompany the growth in money… which is another perfect example of the “teeter-totter” analogy. Of course, growth in aggregate demand alone is inflationary. We are after growth in real wealth – ultimately, that’s the point – not growth merely in money.

“Inflation” means the rate at which the purchasing power of currency decreases over time. There are two types of inflation: cost-push and demand-pull.

Cost-push inflation arises from the supply side of the economy and usually comes from supply shortages of some sort, such as a sudden shortage of steel leading to higher prices across various industries from farming to automobile manufacturing. A tax has no counterbalancing force to this sort of inflation – so, again, relying on only tax as a control mechanism would be foolish.

Demand-pull inflation happens when aggregate demand is higher than aggregate supply, creating a de-facto supply shortage. This is why “just printing money,” as some accuse MMT-ers of advocating, is seen as an inflation danger; the idea is that dumping money into an economy will feed demand without feeding supply, making demand outpace supply.

Tax is indeed one of the major tools that are useful here for “rebalancing the teeter-totter;” but it is hardly the only one.

At any rate, it is indeed true that most inflation concerns are handled by fiscal policy (and therefore Congress), with the exception of QE, interest rate hikes, and other monetary policies. This is inescapable; Congress holds the power of the purse. This brings us to the most compelling criticism the author brings forth:

“..[I]t is extremely difficult to imagine Congress responding to an overheating economy by legislating tax increases. If anything, the opposite is easier to imagine: When households are being hit with price increases, the natural inclination of an elected representative might be to increase their disposable income by lowering taxes, not raising them.

The problem with this, again, is that MMT does not advocate for this setup; it merely recognizes it as reality. Congress’ responsibility in this matter is derived from the Constitution, so the danger of an irresponsible Congress ruining the economy with bad fiscal policy already exists. This is precisely why MMT needs to be properly understood; it is in fact very alarming to consider that fiscal policymakers do not realize their power to make or break things.

There are two potential solutions to this:

1) Education and political engagement, so that we can create a functional system in which our representatives understand economics properly and use their power responsibly for the general welfare; and

2) Taking Congress off the job by making tax policy automatically adjust to stabilize inflation. This could be done with something as simple as an algorithm. This is actually one of the things that some MMT economists have been pushing for a long time now.

There is already one example of automatic inflation stabilizers: unemployment insurance. Another, less inflationary, more productive, and morally superior stabilizer is one that MMT economists push – the jobs guarantee.

Either way, the need for a political solution is inescapable, and the dysfunction of Congress is indeed a roadblock. MMT didn’t cause this situation and MMT economists would not want to. MMT merely underscores the importance of dealing with it.

As far as Progressive policies based in MMT economics, that is altogether political and a change of subject. I will briefly defend it anyway so the rationale is understood.

And this is true. Lockheed Martin, Blackwater, Halliburton, and dozens of large contractors have been growing rich on new money spent into existence by Congress, while homelessness and medical costs grow, leaving our own citizens destitute. “MMT” has been the vehicle by which this has happened, under Neoliberal austerity-driven politicians. As Alexandria Ocasio-Cortez has noted, the question of how to pay military contractors never seems to come up in conservative analyses, but the moment someone suggests this power be leveraged toward our own well-being, alarm bells are sounded.

So why do politicians and the elite and conservative think-tanks peddle sticker shock at social programs like a New Deal yet not the same sticker shock  atour bloated military costs? One reason, of course, is that the military budget, much of which ends up in the hands of private corporate contractors, goes into the pockets of those that fund our representatives’ political campaigns. When money is being called into existence out of thin air to enrich our oligarchs, but cannot be leveraged to help our own citizens or even the veterans of the wars we’ve started, we can see clearly that the elite have stolen our system of money creation and leveraged it to their own gain and to our detriment.

This is the real joke that is not funny. MMT is no joke – but how it is currently being abused is.

A progressive application of MMT (again, not MMT itself) merely seeks to shift that ‘socialism’ MLK mentioned away from imperialist behavior and toward our own countrypeople.

At the end of the day, MMT is not about seeking to change our system – merely looking at it scientifically and drawing inferences for how best to operate within it. The dangers that exist are very real, but perhaps the lesson we should take is that, even if it’s inconvenient or alarming, politics does matter.