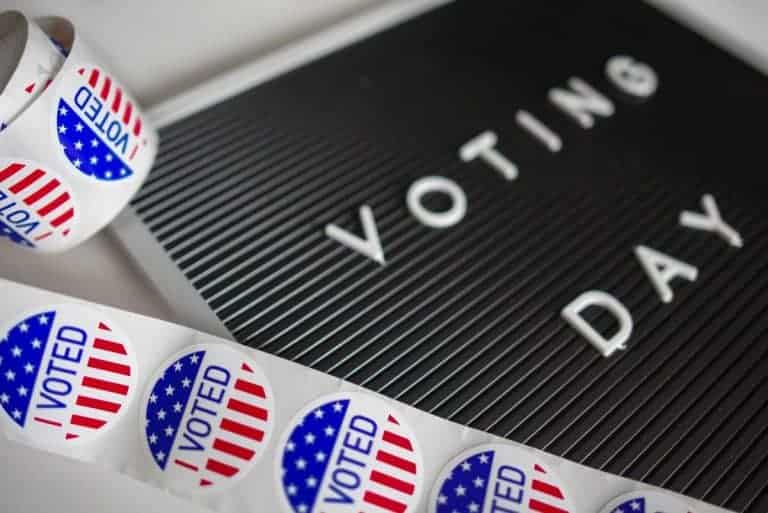 But what can I actually do about election justice?

Our democratic machinery can’t seem to allow us to fix the problems we face. Is there a way to change this? If we rally hard enough around revolutionaries and vote in record numbers, can we overpower oligarchs and save the day in the nick of time? Or is voting ultimately pointless unless we directly attack the mechanisms the establishment is using to tip the scales in their favor? Some combination of both viewpoints is likely needed to produce real-world results. We obviously can’t win in a rigged contest by believing as hard as we can that maybe Lucy won’t yank the football away this time, yet we also clearly cannot hope to grow support and put pressure on unjust systems if our only approach is to tell people everything is hopeless.

There is no neon-lit arrow that says “Revolution This Way,” but in this article is a brief discussion of some alternatives that we can use to secure a better future.  The election rigging toolkit is exhaustive. It gives oligarchs the power to gerrymander, artificially restrict polling locations, purge voter rolls by the millions, tamper voter registrations, and even secretly break the chain of custody and transport ballots to unknown locations in private vehicles without being punished. There are dozens of other suppression tactics and polling place shenanigans, beyond the scope of this article, and this is to say nothing about mass media manipulation, campaign finance, the Electoral College, and superdelegates.

We had better. Here are a few ideas, most of which we can take action on today.

Hand-counted, scanned paper ballots. In many districts around the US, there has been increasing concern over easily hackable, unaccountable, privately owned voting machines. Here is a list of the states that use them. Frustratingly, proprietors, as well as Republican and Democratic Party officials, have repeatedly insisted over the years that we can’t audit the machines (but see VotingJustice.us, where Jill Stein’s recount effort has at long last produced an audit in Wisconsin). Paper ballots are not foolproof—remember hanging chads in 2000? However, with hand counting and scanning we would have quickly accessible records of votes that would have to be reconciled, and we could request recounts if discrepancies were discovered. People understand how it works and trust that it works. For more details, you can consult the Center for Hand-Counted Paper Ballots as well as the National Election Defense Coalition. To get hand-counted, scanned paper ballots where you live, contact your local elections office and/or get a petition started. Even if you fail to switch away from machines, it will at least get people talking about it.

Ranked-choice voting (RCV). Hot take—the reason we worry about spoilers isn’t that spoilers exist. They don’t. People use this term to keep party loyalists terrified and voting their party line. They are afraid to vote for very good candidates because very bad candidates might win. RCV, on the other hand, automatically reassigns your votes to your second, third, or fourth preferences if the candidate you want doesn’t have the votes to win. The proposal is quickly growing in popularity, and the establishment hates it. Currently, cities in California, Colorado, Maine, Maryland, Massachusetts, Minnesota, and New Mexico are presently using RCV, and cities in Michigan, Oregon, Tennessee, and Utah are scheduled to implement it. To spread RCV, check your local elections office and see if your city or state already has a campaign to get RCV on the ballot.

Same-day and automatic voter registration. Untold numbers are still snubbed from voting because they failed to register weeks and sometimes months in advance. Many states have realized the folly of this, and have enacted some form of expedited registration. However, many states lag behind. Changing this is a state-wide ballot initiative. Your state may already have an active campaign, but an excellent way to find out is to search “same-day registration” and your state in a search engine or contact the NCSL Elections team.

Proportional representation. Redistricting maps that look like the lovechild of starfish and giant space amoebas are pretty convincing evidence in their own right that corruption has had an impact (gerrymandering, specifically). One relatively straightforward way we can prevent gerrymandering in the future is to do away with the idea that each district can have only one representative. Why not more? Why not a proportional number to the population living in that district? Redrawing the map to favor a representation of one particular segment of the population would be much harder to do. This solution is fairly elegant, but rarely receives adequate media attention (probably because gerrymandering is an exceptionally dull topic). A federal-level proposal is needed to increase the number of representatives per district, so this requires much more organization than the other ideas listed here, but speaking to your contemporaries is encouraged.