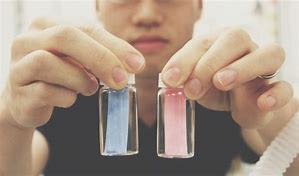 Litmus Eve will soon be upon us. That’s the season when the halls are decked with “Blue No Matter Who” and “Anyone but Him”. We will be told we can’t have litmus tests because a win for “Us” is the only possible positive outcome. We are the “Big Tent” party, inclusive, so set those petty differences aside. Whoever wins the primary may not tick all your boxes, so get over it and jump on board.

Let’s take a look at these election cycle refrains. The Democratic Party is indeed a big inclusive tent… but only in contrast to the GOP. Look around, see any openly Nazi or expressly bigoted Dem. Candidates? How many are running overtly on job creation via the fossil fuel industry or on limiting immigration and trade? If you insist that the two parties are different then some standards and exclusions have to apply. Otherwise why have more than one? A “Litmus Test” is neither good nor evil in and of itself. A party with none is better known by another clich, “A Rudderless Ship”.

I’m not only pro-litmus test; I’m all for handing out rolls of the stuff like Trump doling out hurricane relief towels. In my opinion, we need more litmus testing and fewer free passes into the “Big Tent”. If that rubs against your all-inclusive faade, great. Let’s grate some of that away. Take a quick look around. How much overall good is a Joe Manchin doing in terms of a left-wing agenda? Sure, you get the occasional ‘run with the gang’ vote. But how is he anything other than a built-in excuse? Conveniently placed between all the Red holders of the same office in that State to be painted by the GOP as the weak link who screwed up the state. We don’t like such political entities and neither does the right. So, what is he doing there? He’s slowing down valid progressive initiatives and serving as a scapegoat for the Republicans. Politically, he has greater value to them than us.

On the books, Joe Manchin and his ilk, are recorded as a win for Dems. Yet in actuality, it truly isn’t. What then is a win? One thing should be apparent by now as evidenced in the past two administrations. There are “wins” for individual elected party politicians. How well those individuals represent and implement party objectives, let alone progressive ones is another matter entirely. Obama, seen as a win, yet by the end of his terms very little in terms of actual progressive policy implementation. In some cases, quite the opposite can be seen. So, it is possible to win even the highest office and lose a policy fight. Trump is an example of a loss of the office by the left yet an overall net gain in terms of advancing our policy in the public sphere. Had Trump “lost” we wouldn’t have had a mid-term chocked full of Dem candidates running on Medicare for all. They’d have been busy supporting their President’s healthcare tweaks.

Yes, you need both. You need to dominate the public debate with policy. You need the representatives with votes to implement. Neither happens without consistent organized pressure by we who hold the votes. This means that if we are adamant about the reforms we want, we need to be as adamant about who we choose to carry that ball. An election cycle is nothing more than a process of sifting out potential candidates until each voter arrives at their “One”. It’s a giant series of litmus tests. It always is and always has been. Don’t let them fool you into using their test kit. Use your own. Mine includes, at the very least, an acknowledged understanding of MMT. Otherwise, I have no idea how a candidate is going to pay for anything they are promising to champion. At this point I have to assume anyone who isn’t progressing MMT is either ignorant or they are purposely sticking to a “Tax and Spend” model so as to have a built-in opposition to blame failure on… in the name of Progress!