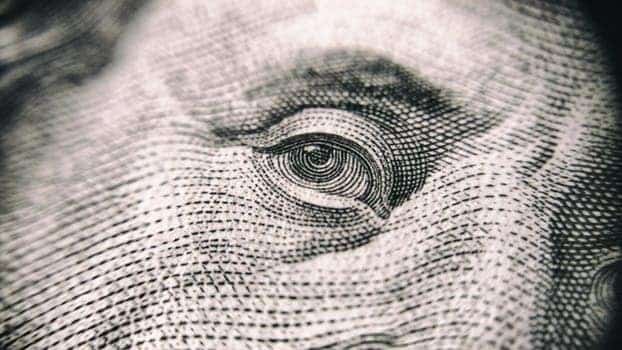 The Mismeasure of Macro

Another day: another dollar, it would seem, for the economic hit men delivering nonstop critiques of Modern Monetary Theory, often referred to as MMT. MMT is catching fire and there is now a concerted effort to delegitimize it by those who have something to lose. All one has to do to find a treasure trove of anti-MMT articles these days is to do a simple Google Search for MMT and you will find article after article of people claiming they can tell you just what is wrong with MMT even though they claim that they don’t really understand it.

These MMT hit pieces are so bizarre they got me to thinking about the mindset of their writers. How does one go about pretending to critique MMT when they demonstrably have little to no understanding of MMT? It begs the question: Are they intellectually dishonest or are they intellectually deficient? It got me to thinking about the book, The Mismeasure of Man released in 1981 by paleontologist Stephen J. Gould. A running theme in the book is not just that “scientists” reached racist conclusions in their attempts to define intelligence but that they may not even have been aware of it. They simply felt white people were inherently more intelligent than non-whites. Gould found these people reached their conclusions based on a priori conviction, or to put it more simply, they looked for evidence that supported their conclusions that were presupposed by experience. Could it be that these authors, in spite of the clear evidence, cannot bring themselves to accept an idea that goes against a strongly held belief?

Being ever the masochist, I have decided to critique another MMT hit piece, this one published by the Washington Post Friday, March 22, titled The left comes up with an economic idea silly enough to rival the Trumpublicans. In this article, author Allan Sloan attempts to explain why MMT is wrong and dangerous. He does this not by providing valid critiques of a body of scholastic work he doesn’t understand, but by labeling it with pejoratives such as silly, fantasy finance, Magic Money Theory, or the Lefties’ Laffer curve. This should come as no surprise to anyone considering the childish title of the article.

Sloan attempts to make his case with just a few of his misunderstandings about how our economy operates, which was the only thing I found tolerable in the piece. Had it been any longer I would have had to break this down into a multiple article rebuttal.

Let’s start with his first attempt to criticize MMT by comparing it to the Laffer Curve. The Laffer Curve, for anyone not familiar with it, is the idea that by cutting tax rates, economic activity will increase, thus raising the amount of revenue collected via taxes. This is a bizarre comparison to make to MMT as MMT recognizes that not only are taxes for revenue obsolete, but that it also emphasizes the fact taxes do not fund federal spending. MMT economists are not interested in increasing or lowering taxes for revenue. Taxes drive demand for our currency which allows the government to provision itself with real goods and services. When we say this, we are not saying said taxes pay for anything but that a citizen’s need for the US dollar will incentivize them to provide real goods and services in exchange for the US dollar, which after all, is simply a tax credit. Additionally, taxes are used as an expression of policy to reward or punish behavior, can be utilized to distribute wealth and income, and are employed as one of many fiscal tools used to balance the economy; but the one thing taxes never do is create revenue for the federal government. MMT has no interest in “goosing government revenue” but it does appear that Sloan has joined the gaggle of squawking deficit hawks screeching about the national debt.

Next, the author attempts to explain “how this theory won’t work in the real world.” As with every other MMT hit piece I have had the displeasure of reading, Sloan is trying to drive home the idea that MMT is just a theory. MMT is not a theory for “ideologues and true believers.” MMT is a description of the way things already work. Congress creates net new dollars every time it spends and deletes dollars every time it taxes. The fact that Sloan cannot get his order of operations correct regarding fiscal policy is his problem.

Following this nonsense, the reader is supposed to accept the idea that MMT argues deficits don’t matter. MMT clearly lays out that a deficit can be too big or too small, the way deficits are used matter, and orthodox economists don’t have a clear view of what deficits are. I could quote any number of MMT economists to instantly disprove his assertion, but I only need one: Dr. Stephanie Kelton. To gain a quick understanding of this I recommend Kelton’s piece in the New York Times, How We Think About the Deficit Is Mostly Wrong. It is a quick, fun read that instantly clears up any confusion one might have on the subject matter. For further education, watch Stephanie’s talk The Angry Birds Approach to Understanding Deficits in the Modern Economy where she discusses what it means to have the wisdom of a Deficit Owl.

Moving forward, Sloan attempts to claim that deficit spending will lead to inflation. “Therefore, the theory goes, our government can afford all sorts of expensive stuff ” rebuilding our infrastructure, Medicare-for-all (whatever that is), a Green New Deal (ditto), free college tuition and, for all I know, putting a chicken in every pot ” without raising taxes, except maybe on “the rich” (whoever they are), or causing interest rates or inflation to rise.” First of all, who does not understand what Medicare for All is? Second, MMT recognizes that raising taxes on the rich is not the best way to curb aggregate demand. To get the absurdly wealthy to spend less would mean that we have to tax them a whole hell of a lot more than we do now. I am all for this, for a number of reasons, but staving off inflation is not one of them. Third, he wants his readers to infer that MMT would only use taxation as a means of staving off inflation. As GISP research scholar Scott Ferguson recently wrote,” Fallacy of composition. #MMT does *not* say new Federal taxes are the first or best instrument for controlling inflation. Here are some better ideas: 1. Dismantle a hyper-inflationary Wall Street. 2. Make finance serve real production based on actual public and environmental needs. 3. Decouple fiscal policy from the sale of inflationary interest-bearing bonds. 4. Set the Fed funds rate to a permanent zero. 5. Discover the everyday magic of income taxes, which automatically increase when incomes rise without Congress lifting a finger.

Sloan cites no evidence to back up his conclusion and ignores evidence that would disprove his theory. Have the 2017 tax cuts he mentions caused inflation? Has ever-increasing military spending caused inflation? They haven’t but it has not stopped Sloan from doubling down on his Chicken Little impression, “OH MY GAWD. The debt ceiling isn’t falling!”

Getting to his next point, Sloan argues MMT likes to compare the US economy to that of Japan because they have run up major deficits without seeing high increases in inflation or interest rates. Japan is a highly developed market-oriented economy and like the United States funds its deficits in its own currency. Not sure why this comparison bothers him considering the intolerable comparisons he suggests such as the one that follows.

“But even if you disregard other examples of countries printing their own currency to fund deficits ” can you spell Venezuela? ” the United States isn’t Japan.”

So what Allan is suggesting is that the United States is more like Venezuela than Japan. Hmm, so you are telling me that a country experiencing economic sanctions, that gains most of its wealth from a single industry and holds debt in foreign currency is more like the United States than Japan? One question for him. Can you spell m-o-n-e-t-a-r-i-l-y-s-o-v-e-r-e-i-g-n? Absolutely bird-brained.

Lastly, Sloan strives for one more scare tactic. MMT will cause the United States to lose its reserve currency status and all the foreign bondholders will dump their treasury securities. This may sound scary to the average reader but those versed in bond markets will immediately see through the farce. As Ellis Winningham rightly points out in his piece, The Bond Market Doesn’t Control Anything; the Currency-Issuing National Government Does, “a treasury bond is an obsolete debt instrument that is issued by the national government for the singular purpose of declaring a particular interest rate and seeing that rate prevail. No gold, nor other commodity, nor a foreign currency is pegged to the currency in question as a price anchor, and so, there is no supply of the commodity or foreign currency maintained by the government that requires defending. The currency is left to float freely on an exchange and its value relative to other currencies is determined by market forces.” What this means is the United States government can set the interest rate of bonds to anything it chooses to whether that be 20% or 0%.

Sloan’s article is as callow as it is irresponsible. Promoting monetary policy above fiscal policy and screaming about the national debt isn’t just foolish, it is downright dangerous. The results of such thinking lead to unnecessary austerity and reduced prosperity in a time when millions of Americans struggle just to get by. In the last paragraph Sloan states,” But if we get an MMT government, the damage it will do to our country and our future will make the damage the Trumpublicans have done look like a rounding error.” He completely misses the point. We already have an MMT government. With that understanding comes the realization that our policy positions in this country need to change but I have said it before, and I will say it again. If your critique of MMT starts with, “If you implement MMT” I already know you don’t know what MMT is.