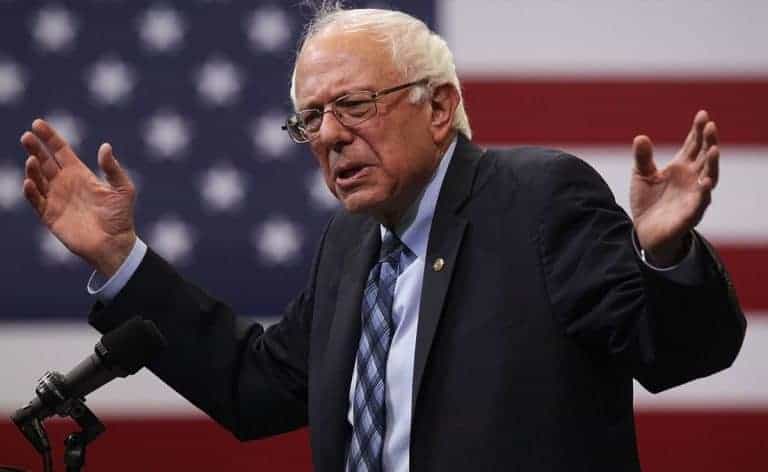 After the events of 2015, and later 2016, many progressives were left longing for a time, soon to come in the future, when they would once again be able to flex their political muscle. For many that time would be right now, in preparation for the 2020 primary and general elections.

And while many may wail and lament that “nothing has changed” since then, they are far from correct.

For starters, it’s fairly obvious that our political establishment is cyclical. For decades we have alternated between Republican and Democrat presidential administrations, without wavering. What happens on this side today is sure to happen on the other side tomorrow. We can see this if we pay attention. But pay close attention to the events themselves, not the red or blue light shining on them.

Many can likely recall the time when ‘Liberal’ MSM was shoving Donald Trump down our throats day and night, which backfired. Their idea was that a ‘pied piper candidate’ like Donald Trump would not only provide the perfect foil for the establishment DEM campaign, it would deeply vex the Republican establishment by providing a thorn in their side. We must remember that when corporations are in control, no matter whether you’re red or blue, ‘grassroots’ and ‘populist’ are bad words which should never be uttered in polite company.

“Repeated, proven obedience to corporate will” is more what reaches them, time and time again.

In comparison to then, let’s look at what’s happening right now.

Instead of seeing a rich Republican ‘rogue figure’ on MSNBC or CNN day in and day out, FOX is shoving Alexandria Ocasio Cortez down viewers’ throats daily, and based on their audience’s reaction at Bernie Sanders’ recent FOX town hall, this will have a similar end effect.

Why? Because what’s also important is what’s exactly the same: income inequality, and downward mobility. Those things have only gotten worse if they have changed at all. And most importantly, poverty doesn’t discriminate based on political affiliation. The cold truth of financial worry, under which people live their entire lives, is present and duly accounted for no matter which channel you watch.

And when the disingenuous aversion therapy fails, and your worst nightmare turns into a juggernaut, then what? Then you sandbag your enemy, dogpiling onto them like so much dead weight. This slows them down, clouds their message, takes the wind out of their sails, and the steam out of their engines.

Remember when the Republican establishment was so desperate to erode Donald Trump’s support that a clown car ensued? Entire bastions of conservative influence were actually endorsing Hillary Clinton over him. They were so desperate to erode the support of someone they considered to be a rogue element that they attacked him like a school of piranha, trying to eat away at his support.

Large numbers of people on both sides of the mainstream political aisle are already lining up to refute this point, but History begs all of them to remember a time when “Never Hillary” on the left was met by “Never Trump” on the right.

…Now where is the clown car?

It’s in the other lane.

But in spite of the huge (very scary) differences between RNC versus DNC in terms of superdelegates, and how that difference will likely factor into the Dem. candidate pool, remember what’s likely to be similar.

Case in point, remember what happened to Trump’s clown car… the smaller fish had no choice but to try and attack the other small fish in order to garner support. Some directly threatened Trump but to their own demise. Few dared to directly take on the one who they knew held such popular support, whether they publicly admitted to that support or not.

It’s one thing to out-Trump Trump by belittling a fellow challenger, it’s another thing altogether to publicly mock someone who is regarded as a hero to many. When you mock him, you mock them.

The same is likely to happen with Bernie, in spite of the established big names that are already showing up. They showed up against Trump, too. Like then, Democrat challengers will likely try to out-Bernie Bernie, rather than trying to overtly oppose his popular policies.

There will be those who won’t do that, choosing instead to argue against the practicality of progressive agendas, and against the wisdom and maturity of Bernie Sanders himself (as usual), but not only will they be shooting themselves in the foot, they will also be subjecting themselves to the scrutiny of a whole new generation of voters who are now wiser to their jive.

…They will also be subjecting themselves to a team that includes Stephanie Kelton, in case they have any questions that they (don’t) want to ask about how to pay for a Green New Deal.

Here’s hoping Bernie uses some of the weaponry she provides…