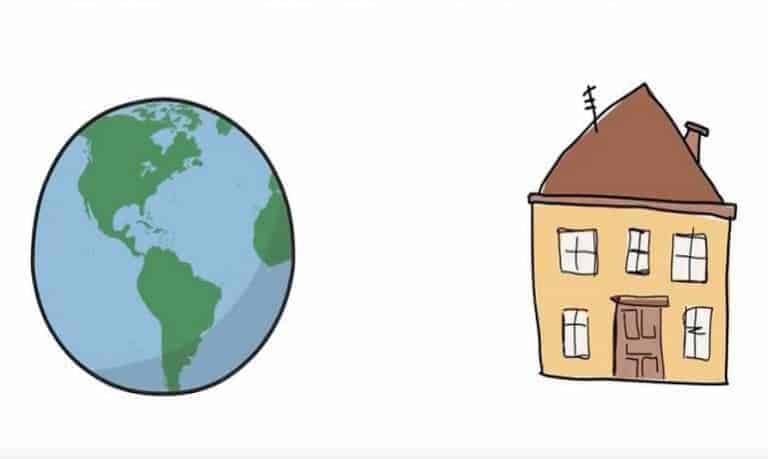 If you have never had a course in economics, congratulations! You just may have saved yourself a lot of confusion, and loss in grade points. However, you may feel a lack of some understanding of ongoing events, and how those events have affected your life. Real Progressives is about gaining knowledge in the important area of economics so that we can protect ourselves within a system that uses our lack of wisdom against us in numerous ways. This article will start with the most basic concepts within economics in order to start you on the path to attaining that wisdom.

Last month’s ProgressivePedia began with the definition of economics” the study of how societies allocate limited resources among seemingly unlimited wants. Over time as the field of economics has progressed, it became evident to the profession that there were really two approaches that are necessary to fully capture how economies function.

Early scholars (referred to as “Classical” economists, studying what we now consider to be political economy) saw the economic system through a philosophical lens, looking at both broad-based and more narrowly focused situations to assess such questions as what determines value, and how wealth is created.

Over time, as the natural sciences developed and became more specialized, economists began to see economics through more of an engineering perspective, focusing on how decisions were made by people interacting within an economy or even within a particular market. As these changes were taking place, the perceived role of government shifted from an important and active participant in the economy to a wasteful interference in the economy and individual markets. The best thing the government could do for the economy is nothing. Just wait it out and everything will be right in the world. The government would just muck it up.

Then the Great Depression happened. It was such a shock that even some economists started to reassess theories, and here is where we come to the distinction between micro-and macroeconomics. John Maynard Keynes, the pre-eminent economist of the 20th century, came to an important realization that choices which made sense on an individual scale could be harmful to the overall economy. He referred to this as a “fallacy of composition” . So while individual consumers and firms made the rational choice to cut spending and debt in an economic downturn, in the aggregate their decisions actually caused the economy to shrink further, ultimately putting the broad economy at risk of collapsing.

With this realization, Keynes foreshadowed what has since developed into a bifurcation in economics into two broad, but not totally distinct categories. Macroeconomics, the study of the economy as a broad unit unto itself, deals with the specific problems that arise from the system as a whole. Macroeconomists seek to understand the factors that affect the entire economy of a nation, or at least major parts of it. Inflation, unemployment levels, international trade, sector accounts, and fiscal and monetary policies are among the most important issues relevant to macroeconomics.

Microeconomics is the study of individual behavior within an economy, and how that behavior impacts specific markets. Microeconomics encompasses a wide range of issues, such as choices that consumers make in purchasing goods and services, choices that producers make when purchasing and using inputs, technological developments and how all these things relate to goods and services that are provided, and even how individual firms respond to each other in the marketplace.

The relationship between these two aspects of economics is complex and variable. For example, labor employment decisions happen within the labor market, and they determine the number of workers employed and the wage levels for those workers. However, at the macro- level, we often discuss the general level of employment or unemployment, and what is happening to the average wage level.

We may impose lower boundaries on wages, such as the minimum wage, to achieve a standard of living level, and in doing we impose a macroeconomic policy that has impacts at both the macro- and micro-economic levels, and these impacts may be hard to predict because opposing forces may determine the net outcome. For example, fewer people may be employed within a given industry with an increase in the minimum wage, but in the overall economy, the rise in incomes may spur greater growth in other industries, leading to an increase in total employment.

In theory, it seems the summation of individuals’ actions should translate easily into a macroeconomic phenomenon, but in reality, this is not necessarily the case. Fallacy of composition is the reason.

As a result, economics courses are often presented as if they are two different subjects, with some commonalities between them. This can lead to a failure to understand what aspects of microeconomics do have relevance at the macro- level, and how macroeconomics impacts the decision making of individuals. We also may find it hard to see those cases in which applying the lessons learned at the micro- level are actually harmful at the macro- level.

Perhaps the best example of this kind of error can be seen with respect to the federal government’s fiscal budget.

As individuals, we work to earn a paycheck, which provides us with limited funds across which we allocate money to pay for housing, food, clothing, and other needs and wants we can afford to acquire. If we want more than we can afford, we either have a negative balance, or we work more to supplement our finances. For the issuer of a sovereign currency, this is simply not the case, as we have discussed regarding Modern Monetary Theory.

And in the real world, outside the ivory tower of economic theorists, it is certainly the case that not all decisions are made based on economics” even things that are economic, like international trade. Geopolitical issues, rightly or wrongly often play into these decisions, just like we as consumers may buy an outfit to impress someone, or go along with the crowd.

The important point is this” macroeconomics and microeconomics each play an important and useful part in understanding how the economy works. But in order to best understand economics, we must be aware of the ways in which these areas overlap and interact, and the ways that they do not. I frequently say that much of economics is common sense. But much of it is not, and instead can be counterintuitive. By learning economics we can come to acknowledge the differences, and when they matter.

A person who understands this is much less likely to be misinformed, or even taken advantage of by those who stand to gain. Believe me, these are people who DO understand and will use it to their advantage as long as we let them.