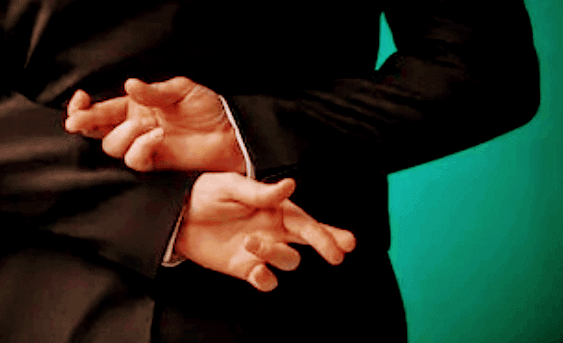 Republicans Against MMT Need To Take a Seat

Share on facebook
Share on twitter
Share on linkedin
Share on email
Share on reddit
Share on whatsapp
It was the title — House Republicans Demand Hearing on MMT to Get Democrats on the Record — that caught my attention: five Republicans are organizing hearings and pushing for resolutions against Modern Monetary Theory, condemning it as inflationary, wringing their hands about runaway spending.To spare you the eyeroll-induced headache, let’s break down to brass tacks why these Republicans are so wrong about MMT with the help of Bill Mitchell, who wrote an excellent rebuttal of his own to expose the Five for what they are. Here, we’ll tackle the Deficit, Taxes, and Inflation. “The deficit expanded to about 3.9 percent of gross domestic product last year, after several years of shrinking before Donald Trump was elected in 2016.

THIS “national debt,” this Baba Yaga they supposedly piss themselves over, aka the Deficit, is nothing more than an accounting tool, tallying the amount of US dollars spent into the economy versus the amount taxed back. It’s a ledger entry, nothing more. Ones and zeros, debits and credits. In fact, when one considers sectoral balances, it’s clear that the government’s deficit is the People’s SURPLUS. But these simpletons, like Larry Summers and Paul Krugman, obviously didn’t do their homework. Mitchell did, in this post:

We know that there are no printing presses running mischievously in basements. Just operators at computer terminals crediting and debiting relevant accounts.

And we know that the massive buildup on the asset side of central bank accounts of government bonds has no implications for their solvency. Central banks can never go broke.”

Now, about Taxes: “The 2017 tax cuts passed by a Republican-led Congress are projected to add at least $1.5 trillion to the nation’s debt over the next decade, according to the CBO.”

Those tax cuts, though they disproportionately benefit the wealthy and the military and are horrific for those reasons, don’t mean a thing when it comes to spending. See, taxes serve a number of useful purposes. Pigouvian aka sin taxes, for example, serve to curb “bad” behavior. Do taxes address economic inequality? Sure. Can they be used to control the economy, in the fashion of a gas pedal or brake? Absolutely. Can they convey a moral imperative and regulate corporate behavior? Yes. But since 1971, when we exited the Bretton Woods agreement and left the Gold Standard behind, taxes have not been NECESSARY for Federal spending. At all. We have been and are a sovereign nation with an unpegged fiat currency who can, by Congressional appropriation, spend dollars into existence. Once those taxes are received, they’re deleted from the ledger. Mitchell on taxes:

“Think about what a US dollar is. Anyone holding one can present them (or the electronic version ” deposits) to the US government in return for a tax credit (payment of their tax liabilities). So when the Federal Reserve credits bank accounts it is really providing Treasury tax credits to the holders of those accounts.

“When a US citizen (this applies in any sovereign nation) pays their taxes the conceptual chain of events is that the central bank accounts for the payment (acknowledging the tax credit) and informs the Treasury that the tax obligation has been eliminated. The dollars don’t go anywhere! The scores are adjusted ” that is it. So the central bank crediting behaviour creates assets in the non-government sector which sit in reserves held by the member banks.

“The conclusion is obvious as it is powerful. These electronic credits come from nowhere and enter the non-government sector as a tax credit against obligations that the non-government agents have to government. The source of these funds cannot come from the taxpayer. Similarly, when the tax credits are redeemed they go nowhere other than into accounting books to record the events.”

Let’s address INFLATION!!! “The request for a House hearing comes one week after Senate Republicans called for Congress to denounce MMT, rejecting the theory’s assurances about inflation risk, according to the five policy makers backing the resolution.”

Really, it’s just inflation. And only a risk when it comes to real resources, whether at hand or to be bought if otherwise. Though oil, minerals and other material may be finite, we’re not out of those, especially one resource not oft included: labor. Workers, to be precise.

Don’t let those supposedly low unemployment numbers and percentages fool you. Right now it’s 4% as of January 2019, but that rate doesn’t take into account those who are underemployed, unable to find jobs that suit their skills or conditions, or those working “under the table.” The Green New Deal, for example, would at once address the issues of unemployment; the environmental stakes we face; and inclusivity, not to mention serve as a buffer stock and price anchor. In this short video, Mitchell talks about inflation and hyperinflation, and here is Principle 4 from Mitchell’s post on Dec. 13, 2018:

“We define “‘inflation’ as a continuous increase in the price level. A once-off rise in prices in {sic} not considered to be an inflationary episode.

In MMT, given the currency is a state monopoly, the state becomes the “price setter’ because the price level is necessarily a function of the prices paid by government when it spends or the collateral demanded when it lends.

This ties in with the Job Guarantee as a macroeconomic stabilisation framework within MMT. As the government is offering jobs at a fixed price to anyone with a zero bid for their services in the “market’, that spending becomes a price anchor.

A continuous increase in the price level will not be the case unless the state keeps bidding for goods and services in the market at the continuously higher prices.

All spending in the economy carries an inflation risk if it tries to compete on a continuous basis for real resources that are currently fully utilised.

We need to understand that a once-off increase in government (or non-government) spending will typically not generate an inflationary episode.

The price level might rise as mark-ups are applied to the higher costs but such an impact is finite.

Typically, there are spare resources available for purchase, and, as such, the inflation risk is low.

But history tells us that this is not necessarily the case. There are well-documented examples where unemployment has been high and there is a concomitantly high inflation rate. Venezuela and Turkey are current examples. The stagflation that beset the West after the OPEC oil price rises in the 1970s is another example.

We understand those examples, within MMT, by realising that, ultimately, the inflation continues because the government paying more for the same “basket’ of goods and services, through various means such as indexation policies.

But it should be understood that the ultimate constraint on government spending is not financial but real ” the actual resources that are available for sale.”

Three words to describe the Republican huffing and puffing? Hypocrisy. In. Action.

Republicans didn’t seem to mind MMT when it suited their own ends. They didn’t flinch (to be fair, NO ONE DID) when Trump announced a massive military budget of $750 billion dollars. According to The Balance, it’s actually far higher, second only to Social Security spending.

When they passed a $1.3 trillion tax cut in 2017, very few ran around with their hair on fire. It’s only now that Progressives like Democrat Alexandria Ocasio-Cortez and Independent Bernie Sanders are pushing for spending on the Public Purpose, and not fattening the pockets of the 1%, that they shudder in horror at the growing “national debt.” It’s all unnecessary drama that makes a telenovela look tame.

WILL our leaders go out on a limb and fight for the People they claim to represent?

WILL they have the moral courage to do what’s right for the People and tell the economic truth, even if it’s not politically expedient for them?

Right now, it doesn’t appear to be happening. We have five wingnuts on the right raising Cain because Rep. Ocasio-Cortez and Sen. Sanders are using the rules of our economic Operational Reality to push for Medicare-For-All and a Green New Deal — the SAME RULES that allowed those same wingnuts to cut taxes for their corporate donors and fatten the pockets of the likes of Halliburton, Boeing and Lockheed-Martin. We MMTers have our work cut out for us.

The People must be informed that the Federal government CAN afford to take care of them, despite what Neoliberal bullshit has been fed to them. They must KNOW how Federal finance truly works. They MUST rise above the poisoned pablum and do what is necessary to demand that the Federal government do what is tasked of them in Article 1, Sect. 8 — to care for the welfare of its PEOPLE. Let’s close this with a reminder of what MMT is, in Bill Mitchell’s own words:

“MMT is a lens (a perspective or framework) for achieving a better understanding of the way the fiat monetary systems operate and the capacities and options that a currency-issuing government has within that type of monetary system.

It exposes myths that are used to suppress those capacities and options.

I consider it renders the “veil of ideology’ transparent. Once we all understand the principles of MMT, a politician will no longer be able to hide behind claims that “there is not enough money” , or that “we have run out of money” to preclude policy action that might improve the well-being of the majority or protect our natural world.”