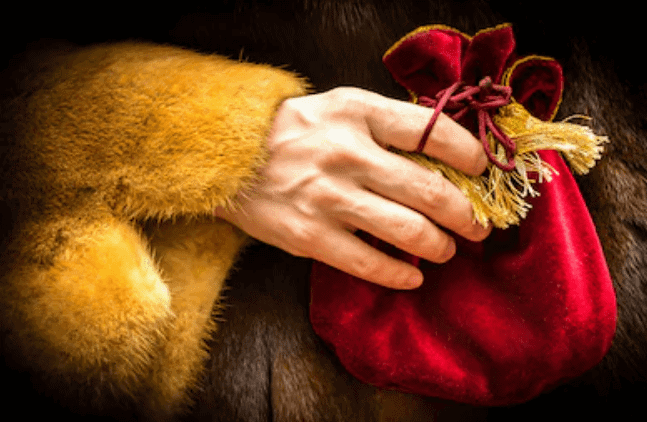 Modern Monetary Theory (MMT) gives us a clear, accurate understanding of how our monetary system works, and yields insights regarding the stark differences between fiscal and monetary policy, and the effectiveness of each. But if you haven’t had an economics course, or you (understandably) slept through that part, this article will bring you up to speed. A clear understanding of the two is essential as you continue learning MMT, and share your knowledge with the broader public.

Now as professional economists, it is our obligation to complicate things as much as possible, so rather than a simple set of definitions, we are going to bore you with some historical context. Here it goes:

In the U.S., the federal government historically has had a “hands off” approach to economic policy, with some exceptions during crisis situations. After a series of “panics” (the contemporary term for recession or depression) through the 1800’s and into the early 1900’s, the Federal Reserve Act was passed in 1913, creating a more active role for the federal government in some aspects of finance and banking.

Ultimately, the creation of the Federal Reserve banking system did not immediately lead to an active role in the economy, or to greater financial stability, evidenced by its failure to prevent and resolve the greatest panic of them all: The Great Depression of the 1930s.

Meanwhile, in England, a mathematician turned economist named John Maynard Keynes (Maynard to his pals like George Bernard Shaw and Virginia Wolff), had written a book that turned out to be prophetic, “The Economic Consequences of the Peace”. This book gave Keynes a degree of celebrity, and brought attention to his ideas about economics. Keynes took on the challenge of understanding, and remedying, the persistent and wide-ranging economic crisis, and ultimately hit upon a new way of looking at the economy. His insights provided a new approach to economics – direct intervention in the economy through government spending and taxation. Another mathematically-inclined economist, Michal Kalecki, had come to a similar conclusion. Unfortunately, his work was originally published in his native Polish, and only published in English after Keynes’ “The General Theory of Employment, Interest and Money”. Therefore, Keynes’ work rose to prominence.

Early economists tended to focus on the supply side of markets in analyzing economic problems. But, having no real answer to the Great Depression, nor any effective prescriptions to counter it, and coupled with the onset of WWII, conditions were ripe for a new economic narrative led by Keynes. Clear evidence of the supremacy of fiscal policy became all too apparent as the U.S. government spent at previously unknown levels to prosecute the war and to pursue post-war policies of full employment without disastrous consequences. Monetary policy served a subordinate role during the Bretton-Woods era from the late 1940’s to 1971. But new problems developed through the 1970’s which politicians did not understand how to address sufficiently.

The actions of OPEC in the 1970s spawned the Great Inflation, and waiting in the wings for such a significant event were Monetarists like Milton Friedman who were ready to denounce the “evils” of fiscal policy. Friedman errantly promoted the idea that money itself was inherently inflationary, insisting that the best means to manage the economy was for the central bank to control the “money supply”. Of course, that was not the case. The Volker Era demonstrated Friedman’s approach to monetary policy to be an abysmal failure; so much so, that central banks halted all focus on controlling the supply of money, focusing instead on setting the price of money. The new approach fared no better in dealing with a crisis situation. In 2009, as the government tried to deal with the Global Financial Crisis and the resulting recession, a failure to provide sufficient demand support for the economy at the time, and ever since, has led to ongoing economic weakness, poor growth rates, lower employment, and lack of productive investment.

Fiscal policy is aggregate demand management for the economy, with government action directly manipulating aggregate demand up through net spending, or down through either reduced spending and/or tax increases. In recessions and depressions, consumer demand in the private sector pulls back, often to reduce private sector debt. This reduction in demand leads to reductions in the need for resources, including human resources, which lowers income, and consumer demand contracts even further. The result is a situation in which increased demand is necessary for economic improvement, but impossible for the private sector alone to achieve. Keynes argued that in such cases the only solution was for the government to increase aggregate demand by spending into the economy. In cases where demand in the private sector is excessive, increased taxes can serve to reduce the demand for goods, and in turn, the potential for inflation.

Monetary policy – the currently preferred management tool – attempts to manage aggregate demand by setting the price of money; that is to say, by relying on bank credit to manage economic conditions through the setting of interest rates, which we refer to as typical monetary policy. Atypical monetary policy involves such strategies as Quantitative Easing (QE) and Negative Interest Rate Policy (NIRP).

But, which is a better type of policy? While many mainstream economists still focus on monetary policy, after more than four decades its performance has been found incredibly wanting in addressing half of the Federal Reserve’s mandated objectives. In other words, monetary policy is not very effective at addressing unemployment. Monetary policy in theory can create incentives for businesses and consumers to invest and consume. But, because of its design, it cannot directly address regional downturns, it takes a significant amount of time for any effects to wind their way through the economy, and so, it is not guaranteed that the desired behavior will be realized. Since the Global Financial Crisis of 2008, monetary policy has proven itself ineffective in both stimulating economic activity and in pushing up inflation to meet central bank targets.

Fiscal policy, on the other hand, operates directly. It provides an injection into the economy in the case of spending, and it reduces the ability of the private sector to make purchases in the case of taxation. Fiscal policy is quite predictable in its effect on the economy. It can easily target regional recessions, and it also has the advantage of shaping noneconomic behavior that is ultimately beneficial to the economy. Taxation allows us to discourage negative behaviors like smoking or polluting, and to also redirect activities towards positive things we want such as education and capital investment. In sum, fiscal policy is the tool that the national government uses to pursue and to achieve a particular chosen economic and social agenda.

Fiscal policy is a much more direct, efficient, and effective way to manage the economy than monetary policy. The domination of monetary policy since the early 1980s has led to a single focus on inflation control as a way to manage the economy with little emphasis on unemployment, except to ensure that the condition is maintained for use in fighting non-existent inflation. Fueled by mainstream ignorance, the obsessive focus on inflation targeting has been a major contributor to the ongoing sluggish economy, the sharp rise in income inequality, and to the decline of society itself.

With that being said, the most important, fundamental lesson for you to learn in Part I of this series is that fiscal policy is government spending/taxation, and monetary policy is not.

Next up in Part II of this series, we will take a look at how banks actually lend, and examine monetary policy in more detail.