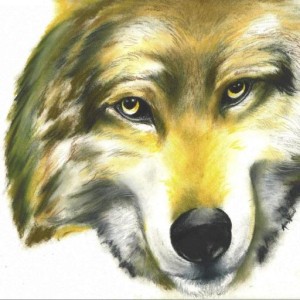 Real Progressives host, Steve Grumbine, takes on the patriarchy of CNBC, The Squawkbox whose host took nearly every opportunity to dismiss not only the policy positions of their guest, Dr. Stephanie Kelton, but her academic and career achievements as well.

Dr. Kelton is a professor of Economics & Public Policy at Stonybrook University, a former Senate economic policy advisor, and currently serves as the Senior Economic Advisor for the Bernie Sanders Presidential campaign.

Dr Kelton was joined by guest Joel Griffith, a Research Fellow in the Roe Institute at The Heritage Foundation, a right-wing think tank most noted for their foundational personal responsibility policy that was incorporated into the Affordable Care Act.

What was supposed to be an informal debate on the program to discuss fiscal policy on a national level, quickly became a lecture as co-host, Joe Kernen, chose to belittle Dr. Kelton at every turn, going so far as to admit that he was, mansplaining. Undeterred by his admission, Kernan pressed on while his co-host, Becky Quick, smirked with her head down.

Real Progressives host, Steve Grumbine, aptly points out on his recent program the string of fundamental errors in the initial exchange as Kernen repeatedly confuses Socialism for the policies Sanders has advocated for, while firing off right-wing talking points in rapid succession, preventing Dr. Kelton from answering his question at all.

Grumbine parodied the exchange, highlighting the manipulation strategy, How many idiots out there will listen to me and actually think what I am saying has merit? Grumbine points out this tactic is used to deflect from the deeper conversation right-wing pundits are not interested in having: a credible discussion on monetary policy and social entitlement programs.

True to his no-holds-barred style, Grumbine tears into the Trickle-Down philosophy extolled by Kernen, Somehow or another, people have been so hoodwinked into believing that a company that is seeking profit by cutting costs, usually by cutting headcount, or to make things more efficient through automation just to earn more profit at your expense, that allowing people to suffer and fight to survive is a good thing.

By the time CNBC next guest, Joel Griffith, is introduced, the stage is set for wholesale Capitalism vs Socialism discussion, complete with a full misrepresentation of European nation state economies, electric prices derived from renewables, and private sector investment virtues.

Kernan even advocates for charter schools to solve economic inequality, ignoring the socialized method of funding these for-profit organizations. The funding model itself is a neoliberal strategy to dismantle public education in favor of for-profit education that is legally allowed to select their students and omit others.

Dr. Kelton continues to bring the conversation back to real policy to address income inequality but is again interrupted by Kenan who insists his only interest is what would become of the wealthy under a Sanders Administration.

Co-host Becky Quick appears to be checking her email.

Taxes are used to drive the use and value of currency, guide behaviors and control inflation. For decades the behaviors of the wealthy have gone unchecked, which has led to the outright sale of our elections and growing income equality through legislation that disproportionately favors the wealthy.

Ultimately, Grumbine urges audiences to better understand the financing of federal programs and learn to recognize the inherent fallacies and fear mongering offered by right-wing ideologues, particularly when the tactics include dominating, manipulative arguments rife with mansplaining that merits no further thoughtful consideration.