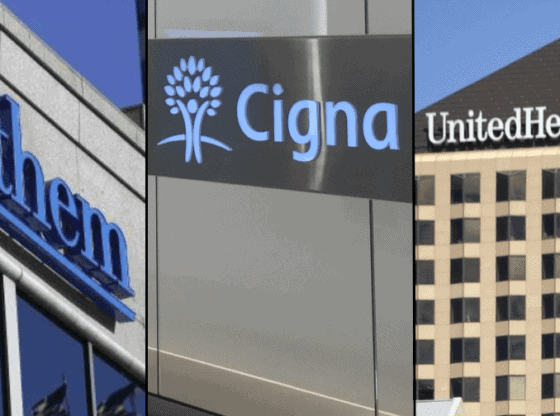 I Work for a Health Insurance Company. My Kids Are on Medicaid. The System Is Broken.

The for-profit healthcare system is broken and must be replaced with Medicare for all. I began my employment in the healthcare insurance industry 30 years ago. At that time, it was non-profit, a complete contrast of the system now.My insurance premiums were paid for by my employer, and premiums for dependents were low and affordable. I was proud of my job and felt good about what I was doing. I entered the industry with a business trade certificate, which I obtained in ten months, and at the time thought it might become a career. I never dreamed things could change so drastically after healthcare became for-profit.
In the beginning, the changes were gradual. We used to have quarterly luncheons, with games and prizes, company picnics during the summer, end of the year holiday parties and free coffee in the break rooms. As time went on these advantages disappeared, and we were left with casual Fridays. Then the health insurance companies began to merge with others. There were ongoing lay-offs and consistent changes, and nothing ever felt permanent or stable. These distractions allowed corporations to increase healthcare insurance premiums consistently.

Before I knew it, they were contributing less, and I was giving more. They introduced culture programs into the workplace in an effort to mask their voracity and place motivational propaganda on the walls as if its our fault were having a bad day. All of this distraction allows corporations to use puffery as a way to create a stigma within its workforce. How can we feel ethical working for a health insurance company, which charges their employees a premium for healthcare, while they profit from it?

The money changes divisions but remains within the organization. This doesnt sit right with me. Meanwhile, workers wages remain stagnant despite their profit margins increasing. The Chief Executive Officer makes millions in bonuses and stock awards, while offering one to two percent raises to employees. Then they expect a 100 percent rating when they want us to fill out their employee satisfaction surveys.

As my quality of life decreased, I decided to attend college and obtained 2 degrees while raising three kids only to end up back in the healthcare industry because I couldnt find a non-minimum wage job in relation to my major. I thought with these degrees Id have easily moved ahead. Seven years later, Im in the same position, only now I have $70,000 in school loans. As we continue to suffer through inflation and rent prices increase, we incur bank fees and take out payday loans. There are some of us who have second or side jobs, just to make ends meet. Are all these corporations in cahoots with each other?

When inflation continues to rise, some states are forced to increase the qualifications for Medicaid as citizens cant afford to pay for their healthcare, even while employed. Because I only make enough wages to pay the healthcare premium for my husband and me, my three kids are eligible for Medicaid. Which means my kids healthcare is being subsidized by taxpayers despite working for a health insurance company.

This is morally challenging for me to handle on a daily basis. This is what the healthcare industry has shamed us all from discussing amongst each other and in public. We must speak out now or they will take as much as they can get. The only way to cure darkness is to shine light upon it. This is only one of the many reasons the for-profit healthcare system is broken and must be replaced with Medicare for all.