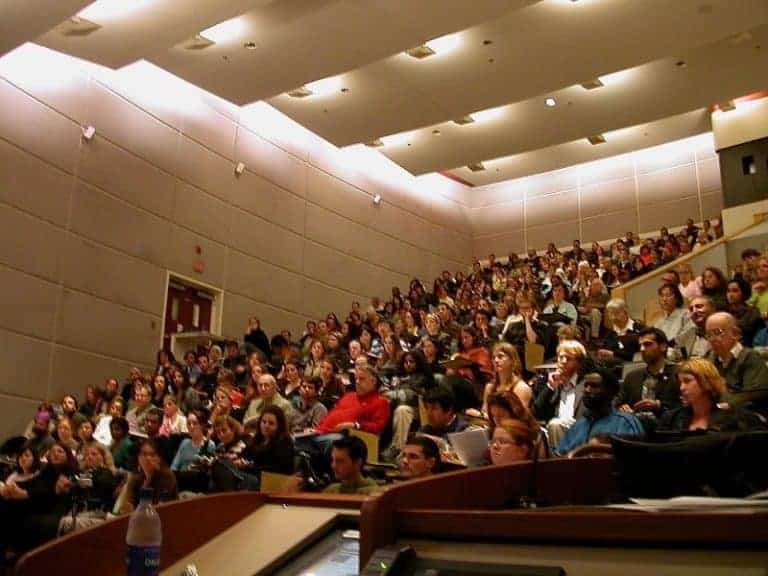 How Social Work School Turned Me into a Progressive

I’ve been a progressive most of my adult life, but I didn’t know it. I’ve always wanted to help people and have wanted to change the world positively since high school (in fact, I got an award from a teacher senior year for being the student most likely to change the world for the better!). But it wasn’t until I began studying social work that everything came together and I understood exactly who I was and what kind of world I was trying to create.

Like many people, I thought politics consisted of voting for President every four years — prior to 2016. My family was mainly Democrat and I’d been raised with the idea that if you don’t know a lot about the candidates, you just vote for the Democrat straight down the ticket. As a college student, I’d briefly rebelled, reading Ayn Rand and becoming committed to right-wing Libertarianism. However, after living below the poverty line for two or three years while trying to get my writing career off the ground, I realized that Libertarianism was fundamentally flawed in many respects. I could write an entire book on how and why Libertarianism went wrong, but suffice it to say that I moved back towards the ideology I’d been raised with, without really understanding what politics were and its importance to everyday life.

When I first started at Columbia University’s School of Social Work, I had no intention of getting involved in political movements, revolutionary or otherwise. My school has a track for policy-oriented social workers, which I had little to no interest in. I wanted to be a clinician; I had just finished two years of classes to be a mental health counselor and had applied to social work school when I failed to get into any PhD programs. My goal was to work with young adults who were struggling with questions of identity.

As a transgender person who had not come out to myself or started transitioning until my 30s, I wanted almost desperately to help the next generation — transgender or otherwise — to learn to live authentic, fulfilling lives from the get-go. I wanted to get counseling experience and intended to just sit through the other classes I was required to take: policy classes, advocacy classes, and a Foundations class that in my case included information about privilege and power.

My Foundations class happened to be taught by a Black woman who emphasized issues of power and privilege. We discussed questions such as whether social workers should be required to attend protests since we are supposed to be advocating for marginalized people; and whether it was ethical to go into private practice, considering that the majority of clients who would either be covered by insurance or be able to pay out of pocket were wealthy white people.

We talked about Hillary Clinton’s “basket of deplorables” comment, about the fact that some of us might have people in our families that we loved, even though we hated their politics, and how to navigate that conflict. We discussed the complicated issues around power dynamics between us and our future clients.

These were questions I hadn’t considered and which pushed me well beyond my initial, narrow view of what it meant to be a clinical social worker. At the end of the semester, we had to write a reflection paper about what we learned about our own privilege through this class and I realized how narrow my original conception of what I wanted to do was.

What I was learning in class made me more aware of the unequal playing field in our country, but my internships turned me into an activist.

I’d always had an interest in criminal justice reform, and in my first year I had the opportunity to take some legal classes along with classes in mass incarceration and juvenile justice. That summer, I did an extra internship at an alternative court system.

This court dealt with minor crimes. Defendants were asked to come to 1 to 2 educational groups after being convicted of a crime such as turnstile hopping or shoplifting. If they did so, in six months their case was dismissed and sealed.

The participants I worked with were almost exclusively people of color.

I saw firsthand the unequal way police treated people based on their skin color, and it made me angry. I often tell people that if they don’t believe our criminal justice system is inherently racist, volunteer for just one day at a program like this and see who comes through the doors.

The following year, I worked as a case manager for people on Supervised Release. This program was an alternative to bail, in which people were required to meet with a case manager 1 – 4 times a month instead of having to pay bail. This was what really drove my commitment to criminal justice reform.

We’d get the person’s rap sheet and their intake forms from the court. Often, the district attorney had wanted a ridiculously high bail prior to the person being diverted to our program. Proposed bail amounts ranged from about $2,000 to upwards of $15,000 — all for misdemeanors. And no matter how awful the rap sheet sounded, the person sitting in front of me was always far better than described.

Clients would often be exhausted during their intake because they’d been in jail for the past 24 hours. Many had children they were trying to set a good example for, and were making too little money to support them adequately. Some had mental health issues, and drug addiction was not uncommon.

And all of them were one step away from going back to jail when they’d been convicted of no crime. If they missed a meeting, they had 48 hours to make it up or we had to report them to the judge.

If they were re-arrested for any reason — even if the charges were bogus — they could be kicked out of the program and returned to jail. If they were arrested for a crime that occurred before their entry into the program, they would face the same consequences.

It felt at times like working within these guidelines was being complicit with a system that I was supposed to be changing.

In my contemporary social issues class, we learned that there are two important aspects to social change. One is whether you can get enough attention for an issue to make people aware of it and the other is if you can move them to change.

Once I learned that, I became determined to use my skills as a writer to get attention on criminal justice reform, and all the related issues that got people into trouble they shouldn’t have been in. That’s one of the reasons that Bernie Sanders’ idea of bottom-up change appeals to me so much.

It’s essentially the same thing I learned in school: make people aware, get them inspired to take action, and change will come.

I’ve chosen to use writing to promote social work rather than, for the most part, clinical work. But I don’t regret going to social work school because if I hadn’t, my eyes might never have been opened to what was really going on, and to how my own desire to make the world a better place for young people fit into the progressive movement.