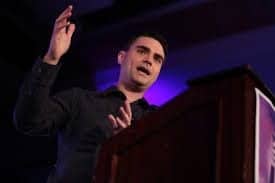 Ben Shapiro, Distorted Logic, and the War on America’s Poor

Share on facebook
Share on twitter
Share on linkedin
Share on email
Share on reddit
Share on whatsapp
Conservative commentator Ben Shapiro again made headlines on August 14, 2019, when he stated on his podcast that “If you had to work more than one job to have a roof over your head or food on the table, you probably shouldn’t have taken the job that’s not paying you enough. That’s a you problem.” Many progressives took to Twitter to criticize him for what seemed to be an extremely short-sighted and unempathetic comment. Shapiro responded to his critics with a tweet stating that it was foolish for workers to think that they could force employers to pay them what they wanted to be paid:

The point I am making, of course, is that you cannot dictate that a job pay you what you wish it paid you. That is obvious, and why it is foolishness for politicians to claim that the economy can be structured to force your desired level of pay from a job you chose to take. https://t.co/F77kVAKI7S

Shapiro’s argument is riddled with logical fallacies, the most glaring of which is that he presumes that all people take jobs by choice and can easily leave a job that doesn’t pay them enough for a higher-paying one.
Ironically, the easiest way to create the type of choice Shapiro imagines Americans already have is to embrace the progressive policies he despises. Medicare for All, for example, would sever the tie between employment and health insurance so that people would no longer have to remain at a job merely for the health insurance benefits. A federal jobs guarantee would provide more job opportunities so that people could change jobs more easily. And of course, a living wage would put an end to the problem of people working multiple jobs to make ends meet.
It would be easy to dismiss Shapiro as ignorant, or at least as someone who has lived a sheltered, privileged life and is clueless about the struggles working-class America goes through daily. However, there is a far more insidious explanation for opinions like Shapiro’s: he is well aware that he is spouting nonsense but does it purposely as part of a war, not on poverty, but on poor people.
A quick look at some of Shapiro’s more egregious statements reveals a pattern of hating the idea of the disenfranchised advocating for themselves. In the above-mentioned screed, he suggests that working-class people unionizing or otherwise demanding proper wages for their labor is an attempt to try to force employers to pay them more than the economy will bear. In 2017, he called the suggestion that political action can lead to change a fascist idea. And in 2008, he had this to say about the grassroots movement that propelled Barack Obama to the Presidency:

No political mass movement led by young people has ever resulted in good. In fact, the most murderous mass movements in history have been led by young people. Nazism became popular among the youth before it became the German national theology; Hitler, of course, cultivated young people by targeting them for service in his SA, or Sturm Abteilung, and later, his Hitler Youth. The movement for Soviet Communism was led by young devotees of Lenin, who swallowed his sadistic ideology wholesale; later, the Soviet system would ask children to spy on their parents in service of the state.
Similarly, the Chinese Maoists were largely composed of young people; so were the Vietnamese Viet Cong. It is no coincidence that the current Islamo-fascist movement is dominated by militant young Muslims.
In America, the story is the same. The disastrous 1960s were a result of the Greatest Generation giving full leeway to the baby boomers. Students led the movement in Vietnam, the anarchist movement, the so-called gay rights movement and the free love movement. America has been plagued with the results of those movements ever since. (Shapiro, 2008)

Looking at these statements, and many others, a pattern quickly emerges: Shapiro attacks anyone who believes that ordinary people can and should advocate for change, equating them to Nazis and other fascists. This comparison is so ludicrous — as anyone who has ever taken a civics class knows, the right to peaceful assembly was so sacred to America’s founders that it is enshrined in the First Amendment to the Constitution — that it’s hard to imagine that Ben Shapiro doesn’t know it’s ridiculous.
And if he knows it’s ridiculous, then he must be saying it for a deliberate purpose — and the most logical purpose is to stop such movements from succeeding. All of the things Shapiro decries in his screed against American grassroots activists are not failures of those movements but successes. According to Shapiro, youth activism was “disastrous” because it led to the end of an unnecessary war and gave gay people equal rights — things he did not want to happen. And thus he is fighting with everything he’s got to try to stop activists from succeeding again.
Although Shapiro claims to be no fan of Donald Trump, he is using the same playbook as Trump does: say things that are so idiotic and easily disproven that people don’t take his rants seriously while he attempts to dismantle all movements towards creating a more just society for those who are currently powerless.
By equating advocates to Nazis and promoting the myth that poor people are throwing tantrums rather than simply applying for higher-paying jobs, Shapiro hopes to instill fear and suspicion of unions and other pro-labor advocates in the minds of those who read or listen to his nonsense. Worse still, he hopes to instill that fear in workers themselves so that they will remain quiet instead of continuing to fight for what they deserve.
It’s a losing battle, as long as progressives pay attention to what’s really going on. Shapiro is clearly terrified of the power of grassroots activists and of the possibility that American workers might get some of what they are owed. That means he knows he is losing just as certainly as he knows that his claims are ludicrous. But he has not lost yet, and progressives must stop focusing on the illogic of his arguments and instead expect more attacks not only on our movement but on our right to demand change.