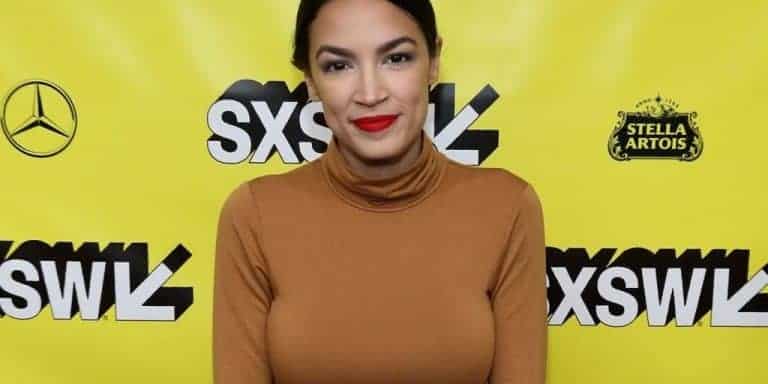 The Changing Face of MMT

One thing that mainstream media can’t be accused of is bipartisanship, when it comes to its coverage of MMT-related stories.

“First they will ignore you, then they will mock you, then they will fight you, then you will win.” that quote, (perhaps falsely) attributed to Gandhi, has run strangely parallel to Modern Monetary Theory’s presentation in the mainstream press, as has been remarked upon many times by many people (including myself).

But in stark contrast to the perceptions of many, this comes from both sides of the political establishment. Conservatives who watch FOX news may have their irrational fears strengthened daily about ‘that big, scary liberal idea’, as one would expect, but what’s especially troubling is that left-leaning media outlets are also throwing their twigs on the pyre, painting MMT as something ‘progressive‘ (pronounced ‘extreme and political’), centering around fresh young faces in government like Alexandria Ocasio Cortez (pronounced ‘inexperienced greenhorns’).

She is the current crux-of-choice from which their slant swings, in both directions.

Both sides view her as both a silly, entitled hypocrite, and as a dangerous extremist. These false viewpoints are not only encouraged, but intentionally anchored to the USS-MMT in order to sink it.

Meanwhile, MMT doesn’t revolve around any one person, political affiliation, or motive, but nobody on either end of the mainstream media political spectrum seems to want to look too deeply into it, let alone its repercussions for getting things done for the common good in this country. …Even though they say they’re going to give you “everything you ever wanted to know” about “MMT from A-Z”, or how they’re going to take you on a “deep dive”. This is true whether we’re talking about FOX or VOX.

From the above VOX article:

“That was a lot of theory, and frankly, a lot of it is much more nuanced than how MMT is likely to be employed in practice. Barring a radical shift in the culture of central banking, and the dominant views of both major political parties, I don’t see some of the key operational recommendations of MMT being adopted anytime soon.”

I would argue that the author doesn’t really see a few ‘key operational’ elements at all.

For the last time, they are not “recommendations”, they are empirical observations of repeatable events that are already happening right now. Why is it this point that people invariably miss? Even when people genuinely seem to want to get to the truth of MMT, and seem willing to do the legwork to find out for themselves, they inevitably fall into this trap.

Meanwhile, Republicans (and Democrats) are already making the most of these “recommendations” to bolster themselves and the MIC, and have been for decades.

As usual, they only give a select collection of facts and ideas regarding MMT. None of them put these pieces back together into a practical, realistic shape. The conservative and liberal depictions of MMT may seem vastly different, but they are doing the exact same things.

Right-leaning pundits decry MMT as a ‘dangerous threat’, while more liberal ones call it ‘an interesting progressive theory’. They both belittle, undermine, mischaracterize, and slander MMT without so much as even trying to debunk any of the myths themselves.

Not to be accused of being biased, some news agencies have actually played from both slanted perspectives.

A lot of this is to be expected, is inevitable, and necessary. The subject must be broached in a general sense before the larger truths can emerge, but those larger truths are made of smaller pieces that are being put together incorrectly, or just not put together at all. Some initial confusion is to be expected, but when that confusion is not addressed responsibly by any mainstream media agency, that is to be highly suspected.

Even media agencies who should be paving the way for MMT are calling MMT a “theory”, thereby diminishing people’s ability to understand it correctly, therefore undermining what MMT is capable of achieving in this country. It’s often referred to as “a progressive thing”, meaning “it’s political”, which is an utter falsehood. It shows in painful detail, the extent to which they have failed to truly appreciate the ramifications of the subject they’re dealing with.

The above linked NPR article, like many others of its type, seems to be highly informative and well-researched, yet ends with a quip from one of Barack Obama’s previous advisors, Jason Furman, “who says there are always a lot of ambitious ideas floating around Washington. He argues that those that are really worth doing are also worth paying for.”

Or in other words…

“Here’s why you shouldn’t pay attention to any of it.”

Just to be clear, MMT is a scientifically-derived description of situations that already exist, MMT is not theoretical, it is not political, and in spite of all of these intentionally biased representations of MMT in mainstream media recently, MMT ITSELF HAS NOT CHANGED, only its depiction in our media has. The US has been monetarily sovereign with a fiat currency since 1971, whether you knew about it or not, whether anybody publicly remarked on it or not, whether we spent like it – or not.

Another important takeaway is the equal extent to which ‘both sides’ of the political spectrum have gone, in order to make you think MMT is something other than what it is. …Something suspiciously timely and trendy. …Something irrational and dangerous. …Something new and liberal. …Anything but what it really is; simply an empirical description of money creation in a monetarily sovereign nation with a fiat currency like the US.

Imagine if a news agency reported other important stories the same way they report MMT… “New germ theory will turn medicine on its ear”, “Silly scientists envision cure for the Flu”.

The actual truth is so Earth-shattering, so inflammatory, so potentially lucrative in terms of viewer share and ad revenue. So why do they not report it that way?

“MMT is the description of how we’ve paid for every single Congressional expenditure for the last 50 years.”

Now that is a newsworthy headline, not “Young Latina wishes really hard upon a star”. The fact that they willingly, knowingly choose option ‘B’, tells us all we need to know about their intent and motives.

People may defend mainstream media, but that’s one point they don’t have an answer for.

If news media is supposed to chase after the ‘sensational’, then what’s more sensational than being able to fix all of the things that are wrong with this country? They still crave sensationalism, as long as those sensations don’t interfere with the lies they are perpetuating.

MMT not only interferes with those lies, it grinds them into fine powder and blows them into the gutter, and that is why they don’t dare speak its true name, or show its true face.

…But how long can they maintain this tenuous facade, in light of our growing collective understanding of MMT?

The short answer is: “Not forever.”