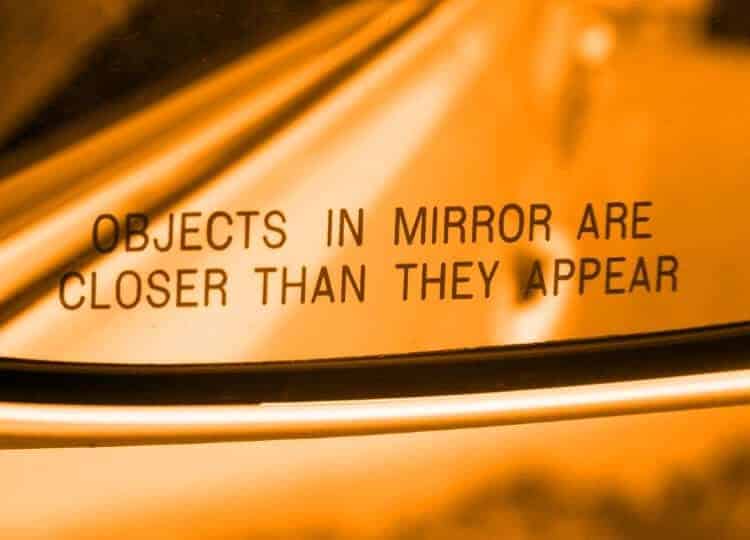 As a writer who’s been taking on a fair bit of MMT slander pieces here lately for the purposes of rebuttal, I can tell you in no uncertain terms that the sheer number has increased sharply in the past few months, but that’s not all. I can also tell you that these articles are showing up everywhere, including many places one would never expect to see them, like headlines on Yahoo news, and other mainstream news tickers.

Most of them seem to fall into one of a tiny handful of categories, with either a conservative or liberal slant. They all seem to handle their unanimous dismay differently, but the dismay is the common thread in all of them. Trace that thread back, and you’ll find their dismay is all rooted in either fear of change, or bitter cynicism.

Things are already tenuous, and now some freshman politicians are going to come in and change everything according to some crazy new theory?

No matter how the article is written, it either hinges on the implausibility of MMT ever being implemented in reality, or hinges on the inevitability that ‘this crazy new idea’ will manifest in reality one day, and probably soon!

The takeaway from all of these articles, without regard to their source, slant, affiliation, or station, is this: they all want you to leave thinking that MMT is a theoretical vision of how our economic system could be, in the future, not the description of our economic system in the US today.

If you understand those points, then you’ll soon understand that our slanted Congressional spending is totally unnecessary, and that there is absolutely no reason why a much more balanced spending rationale can’t be applied to the greater good of society, as the Preamble to the US Constitution prescribes.

Our US Constitution was written to empower Congress to create currency (Article 1: Section 8) for the purposes of providing for the ‘common defense’ AND the ‘general welfare’, yet we only ask where the money is coming from when a community needs to be smarter, safer, cleaner, or healthier. MMT spotlights this discrepancy, which is vital because we HAVE TO FIX IT if we want to have a country that reflects the intent of our founding fathers.

But sadly, there are far too many journalists with loud voices, trying their best to interfere with your understanding of these important mechanics. Whether they want you to fear it or dismiss it, both sides want you to think that MMT is not the description of our economic system in the US right now, it’s something looming on the horizon that might one day come to pass.

This is an article from one such author.

This article takes the usual wonky turns down the same slippery slope in the same worn ruts toward the same tired conclusions that all the rest invariably take, but is based on an article written by billionaire hedge fund mogul Ray Dalio, which he posted on linkedIn. We are supposed to accept that this gives said article an air of credibility and authority, but we are doomed to be disappointed upon closer inspection.

In order to rebut the first article, it is necessary to deal with the paper by Dalio first, so let’s do that.

The first major clue that Dalio doesn’t really understand MMT comes to light as soon as he starts talking about “configurations” of MMT that are up to individual interpretation, and are in no way universal. This clearly shows that Dalio misses the point that MMT is the empirical, scientifically-derived description of money creation in a monetarily sovereign nation with a fiat currency like the US. The macroeconomic aspects of MMT encompass far more than that, but that wide umbrella covers what concerns us here; monetary sovereignty and a fiat currency.

These two things are simply scientific facts here in the US, and have been since 1971. They have no variations or individual interpretations, nor are they subject to them.

The author urges us not to focus on the ‘package’ of MMT, but rather to focus on the manifestations in monetary policy, which he states ‘may be necessary one day’ (Monetary Policy 3). But the thing he’s missing, is that this ‘package’ is not an organizational decision, it is operational. It is at its core scientific, and based in data analysis and empirical observation of repeatable events. To focus on other aspects is to focus on the theoretical, where he clearly seems much more comfortable talking about MMT.

In fact Dalio consistently refers to MMT as ‘something we might need to do one day’ (MP3), highlighting his persistent misunderstanding of the truths inherent within the ideas he postulates about so freely. MMT is already the description for how we spend and create currency in the US RIGHT NOW. 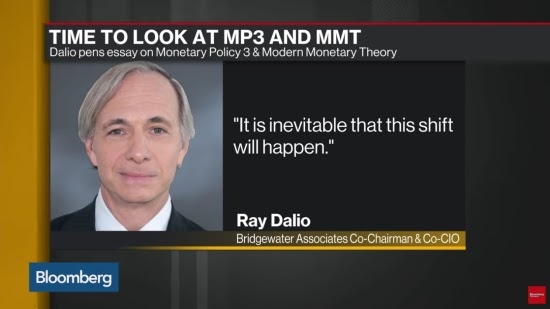 Secondly, Dalio clearly does not understand sectoral balances, which are integral to understanding federal spending and ‘The Debt’, not to mention MMT. He consistently maintains the idea of government spending as debt.

When we spend as a nation, all that happens is that Congress passes a spending bill, that money is then keystroked into existence, and then passes into the private sector. Calling it “debt” is simply an accounting convention to denote money going from one sector into another. We can’t owe ourselves money as a nation. In fact, we can’t owe US dollars at all, to anyone, that cannot be paid in full, on demand.

That is possibly the most important detail of MMT, as it applies to the US, and Dalio misses it. How well can he be said to understand MMT, as long as that is the case?

…So that’s the magnum opus that the Business Insider article refers to, and was penned in response to.

The response article was supposed to be about MMT, but considering how flawed the original article was, how accurate and dependable do you think the response will be, about the subject at hand?

The polite answer is “not very”.

It simply builds off of the gross mischaracterizations of MMT inherent in the original piece, and adds a random assortment of ignorant, slanted quips and unfairly critical quotes for good measure.

The reason why MMT seems to have so many divergent ‘variations’ for so many people right now, is likely due in large part to the sheer volume of wild speculations and gross mischaracterizations which have emerged in response to MMT as of late, from all along the mass media political spectrum. Yet these mischaracterizations continue, and so does the fallout.

Articles like these are not helping, they’re just playing telephone with a message that was garbled and incomprehensible to them to begin with.

But take heed. As soon as you read “MMT may one day be”, throw that article in the trash.