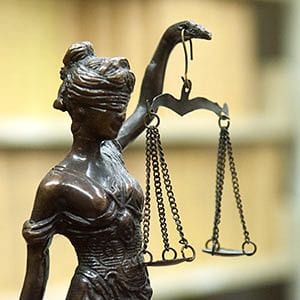 In April, Barack Obama made the news when he warned Progressives to avoid “circular firing squads.”

“One of the things I do worry about sometimes among progressives in the United States,” he said, “…is a certain kind of rigidity where… we start sometimes creating what’s called a ‘circular firing squad’, where you start shooting at your allies because one of them has strayed from purity on the issues. And when that happens, typically the overall effort and movement weakens.”

Many DNC loyalists cheered. Many progressives booed. Allies or not, we fired shots at each other.

Obama was known for his sense of pragmatism. Faced with an openly hostile opposition, he played pragmatically by the rules and dutifully compromised. He did not pursue legal consequences against the banking and auto leaders who forced a bailout – a huge betrayal of the message he ran on. The centerpiece of his signature health care bill – the public option – was compromised away, turning the bill into nothing but a government-mandated giveaway to corporations.

The effect of all this pragmatism was destructive, and his time in office was trademark neoliberalism straight from the Clinton playbook. Just because Obama is a neoliberal, however (and let’s be very clear – he absolutely is), this does not mean everything he says is devoid of wisdom.

Progressives are splintered. There are probably more “denominations” of Progressivism than there are denominations of Protestantism. We have people who refuse to support or vote for Bernie Sanders because he was “too capitalist.” We have people who refuse to vote for anybody running as a Democrat. We have Progressive political parties that refuse to work together because of egotism, top-down vs bottom-up strategies, or minute differences of opinion on social justice issues. Even belief in the QAnon conspiracy claimed litmus test status in certain Progressive circles – “if you don’t support QAnon, you’re not a true Progressive.”

Was Obama’s level of “pragmatism” destructive? Definitely. Is the hyper-purity I described above also destructive? Absolutely.

The question we must face now is where the balance lies. Where is the “happy medium” between being too pliable and too obstinate, especially when everybody seems to have a different litmus test?

This of course is partially a question of personal values; but as we have strayed further and further from Democracy – power to the people –  some very critical, foundational issues have been laid bare. These constitute the bare essentials:

1. Any acceptable candidate must commit to getting big money out of politics

“Democracy” comes from the Greek words demos and kratia, combining to mean “people power.” Power in this system arises from “the consent of the governed” and its purpose is to secure our rights to “life, liberty, and the pursuit of happiness.” In this era, however, the will of the people is literally irrelevant to what actually happens in government  – and that is no exaggeration. We have become an oligarchy – full stop.

Any conscience-driven voter who believes in “power to the people” would never think of supporting a candidate who would perpetuate a system built on big money rather than the will of the people.

Candidates who chase corporate donations exemplify the “government by conflict of interest” that is crony capitalism.

2. Any acceptable candidate must walk the walk, no matter how well they talk.

Actually, Barack Obama is the perfect example of what I mean by this. Many were inspired by his soaring, eloquent rhetoric. TIME described an Obama “New New Deal” and depicted him as FDR. He spoke of ending the corrupting influence of money in politics, stopping senseless wars, punishing the bankers that created the Great Recession, and creating a health care system for all Americans. Instead, he filled his cabinet with the very bankers he said he would punish, started several wars, and turned his health care plan into a government-mandated giveaway to insurance companies – “government by conflict of interest” yet again.

Economic literacy, compassion, and competence are also critical aspects to look for in a candidate – but without the basic underlying commitment to our principles, this just gives us Benjamin Franklin’s “man educated in mind but not morals” – in other words, a “menace to society.”

Is it too much to ask that our candidates care about returning power to the people and that they mean what they say? Why would this level of “purity” be problematic to the DNC – unless the DNC was part of the problem?

Perhaps demanding the bare minimum doesn’t create a circular firing squad at all.

Maybe what it creates is a counter-coup.