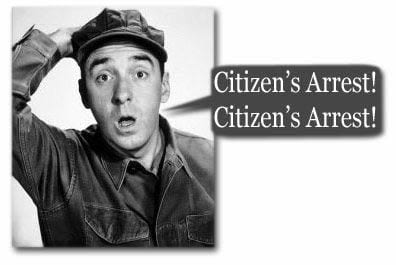 How I Wasn’t Arrested For Voter Fraud

How I Wasn’t Arrested for Voter Fraud

I stood dumbfounded in my tracks. In a flash of blinding-wokeness I awoke to darkness and saw for the first time.

That may sound contradictory but that’s what happens.

Try it! Go in the closet and take your fear of hippos with you. Turn out the light and let the darkness surround you. You see nothing real. You can only perceive what surrounds you by memory, the stored images of the same array of clothing and color that confronts you day after day upon opening that same door.

What your mind now sees in that darkness is what it assumes it already knows. At this point, poke your retina with a flash of light, just a quick burst. What happened? At first there is a glimpse of your real surroundings, then blinding light erasing all. Finally, it is back to blackness like before.

Slowly a new image is created in your mind’s eye; one based on what you just glimpsed prior to being blinded by the light. If it’s the same closet, fine. But what if you saw a hippo standing in front of you? ” A hippo, blinding flash, then dark.

Now an image of a hippo is dominating your mind, maybe there is even the reaction to flee from danger. That makes sense based on the sudden real or imagined, but glaring image in your head. Except now you are lying on the floor beside the new TV you tripped over while trying to escape.

Looking back in the now well-lit closet, you see the same old, same old closet as it always was.

They are crafted to appear to make sense. So much so, that you feel blinded by the revelation, “Why didn’t I see that before?’ Suddenly that image is first and foremost in your mind.

This happened to me yesterday. When a being of superior political maturity smacked me upside the head with their bumper sticker, “If you voted third party in the last general election you voted Trump and got him elected” .

I awoke to the darkness of knowing I had helped elect a stain. I realized then and there that a vote for someone was a vote against their opponent. Why doesn’t the election board keep us posted of these new technical developments?

But, wait” If a vote for a third party was also a vote for Trump, then by the same logic, it

was a vote for Clinton as well. I was dumbfounded and horrified to I realized I had unwittingly become “that guy’ everyone on the right wants to protect us from. I had become a fraudulent voter. Somehow, I had managed to vote three times in the same election.

Upright Citizen that I’m not, but solely for the purpose of this piece, I marched me by the scruff of the neck to the local Police Department and turned myself in. I explained to them what had happened, as it had been explained to me by the obviously superior logic of a bumper sticker.

I didn’t give up even as they laughed. I used slightly different words to express the same concept over and over. But somehow, they acted as if I was being absurd. After days of back and forth and relitigating Grover Cleveland’s administration, because everyone loves a distraction, I finally pulled off the gloves and accused them of being Russian Trolls. That only served to illicit more laughter.

This country is broken. Imagine that I, a serial voter-fraud committer, can stalk the

highways and byways of this great nation is proof!

The correct patriotic response to accusations of voting Trump by casting one for a third party is to demand your own arrest.