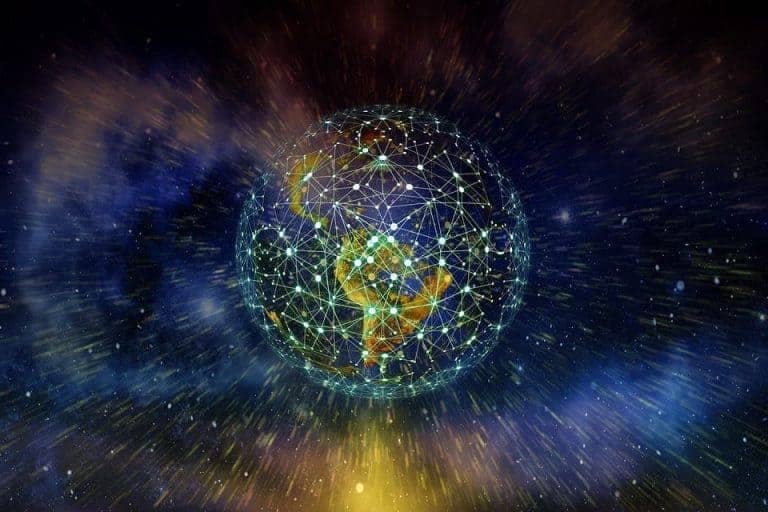 A Global Industrial Revolution is Underway

The need for drastic change on a gigantic level has never been more urgent.Opponents of a Green New Deal are often dubious about the stability and efficacy of renewable energy, about the certain disruption of the energy markets, and about the preservation of individualism when everyone is plugged into an all-knowing, all-seeing grid.
GND proponents, on the other hand, usually use morality and an impending sense of catastrophe as a stick when advocating for the GND, and the resulting economic bonanza as a carrot. With rising inequality and unemployment, a sixth extinction wave underway, and climate change punishing us already, many simply do not have time to hear the opponents’ arguments. As a popular cartoon says, Yes, the planet got destroyed. But for a beautiful moment in time we created a lot of value for shareholders.

Rather than explore these themes directly, I would like to offer an entirely different set of reasoning, borne out by results achieved in the Third Industrial Revolution push currently sweeping Europe and China. Most Americans have never heard of this, but it is radically and rapidly revolutionizing the way the world works:

Jeremy Rifkin notes that economic paradigm shifts and a rise in aggregate efficiency occur at the convergence of three defining areas:

For instance, in the first Industrial Revolution, there was a coal and steam revolution in energy, a printing and telegraph revolution in communication, and a railroad revolution in transportation. This allowed a huge surge in economic activity and new possibilities emerged; aggregate efficiency quadrupled.

In the second Industrial Revolution in the USA, there was an oil revolution, televisions and telephones, and the internal combustion engine. Aggregate efficiency in the USA quadrupled again.

Rifkin argues we are now undergoing a Third Industrial Revolution, with renewable energies, the internet, and automated transportation technologies. Despite the rabid resistance to this revolution, it’s not just utopian optimism it’s actually happening; and this time the rise in aggregate efficiency has the potential to reach 100%.

So what does all of this look like, and how do we get there?

The second piece of the puzzle energy sounds futuristic but is actually here with us now. Electric power is being collected on an individual level with advanced solar technology (including photovoltaic paint and windows), electrolysis (the process of storing electricity in water to produce hydrogen power), and other ingenious methods to create smart communities. With a smart grid an energy internet – added to this constant energy production, individual buildings can store surplus energy in batteries – or add/sell power to the overall grid. Energy con-sumers are turned into energy pro-sumers and vertically-integrated systems are turned into horizontally-integrated systems.

This creates, quite literally, renewable power to the people.

Horizontal, zero-marginal-cost power is, of course, disruptive to the vertically-integrated, for-profit system of energy companies who stand to lose out just as Blockbuster and newspapers lost out. While it’s too late to stop this paradigm shift, these companies can adapt and survive utter destruction after all, people still read newspapers online and movies are still coming out. Besides building hardware, for instance, power companies can improve and manage the power grid using data analytics (another gigantic economic opportunity).

This bears repeating: none of this is imaginative optimism. It’s real and it’s being implemented across the planet right now. Climate-ready sustainable homes with a one-day build time are already real. Energy grids are already capable of accepting energy from smart homes. The change is already underway and though some do not want us to know it, depending on the industry, it is cheaper (solar is the outlier, but not for long).

The third piece of the puzzle is still developing. Transportation – moving the economy around – is undergoing an automation shift. From driverless cars to drone delivery, getting resources where they need to go already looks a lot different than it did even a decade ago.

This Third Industrial Revolution – communication, energy, and transportation is underway. It extends the internet’s model of distribution of information to the distribution of power and resources. This creates a gigantic neural network (the Internet of Things ), managed democratically and laterally rather than from a central authority. These are exciting times as filled with hope and possibility as with peril.

A Green New Deal is often criticized for being an unrealistic pipe dream, too expensive and too ambitious to ever bear any fruit. However, the technology and resources exist and the threat posed by inaction is already creating massive problems that will only deepen and worsen the longer we remain paralyzed by short-sighted greed.

Greed is a bad altar on which to sacrifice humanity. Fortunately, although we are told otherwise, the future is now.

1 thought on “A Global Industrial Revolution is Underway”