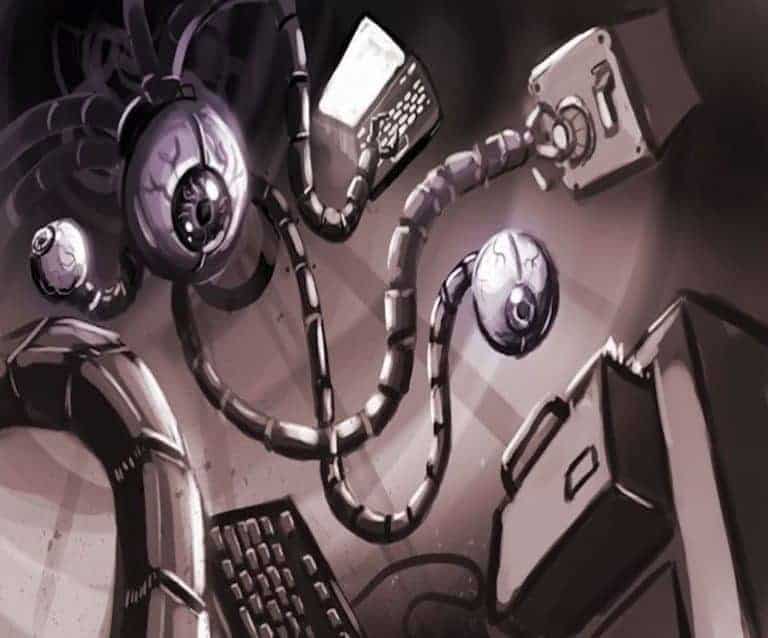 Edward Snowden paid the heavy price of indefinite exile to expose how the NSA practices a broad range of espionage including the collection of patterns, habits, and indiscretions of private and public citizens under the guise of homeland security.

This acquired and collated database of information, derived from the scrutiny of intellectual, commercial, and industrial proprietaries — combined with mass violations of personal privacy — assimilates a spectrum of potential blameworthiness, real or contrived.

Vast catalogs of undisclosed improprieties ranging from moral indiscretion to criminal transgression are all waiting patiently, perpetually, and preemptively, to embarrass, shame, dissuade, disown, defame, incriminate, indict, or destroy — whether by the mere threat of disclosure or by the actuality of it– to force compliance or deliver defeat.

For this is the ulterior motive behind all this accumulation — the absolute power to expose the frailties and demarcate the fault lines in whomever or whatever may be in need of alignment or reorientation. However, in a broader sense, there is a distinction without a difference between how the NSA data mine phone and e-communications (for so-called national security reasons) and how the ubiquitous technocracy data mines the habits and proclivities of consumers and their online web destinations.

There is no going back to a time when it wasn’t fair game. Too many are now chasing too few opportunities to disengage from our insatiable information-usurping machines now controlling the logistics of our ever more precarious and co-dependent existence.

When we are so scrutinized, profiled, and tracked across the internet by corporate voyeurs, security agencies, and opportunistic cybercriminals, we facilitate these ever-increasing violations with our ever-increasing dependency on the digital realm.

Between the purposeful ignorance and the perpetual distraction, we have become oblivious to our consumption and to our being consumed.

In the sacrifice of certain liberty for the promise of uncertain security, we allow our private identities, reputations, and electronic presence to be gathered up, reprocessed, and fed back to the hungry enterprises and agencies who are already stalking us.

In the 1973 dystopian thriller, Soylent Green, an over-populated and under-resourced NYC is solely dependent on the food products from a single source. NYPD Detective Robert Thorn (Charlton Heston) investigates the murder of an executive at the Soylent Green Corporation, an enterprise that regularly sends out specialized collection vehicles to scoop people right off the overcrowded streets — to where and for what purpose no one knows nor dares to imagine. Not until the end of the movie would the fruits of the detective’s investigation make the unknowns known…

The detective-cum-whistleblower is quickly removed by security agents, presumably to be processed into the products of which he proclaims.

We’re not there yet, but we have reached the point where data mining is scooping up our identities and personal information off the virtual streets of the internet, to be processed into products and services being fed back to us — not just for marketing and mass consumption, but for the purpose of social conditioning and political positioning.