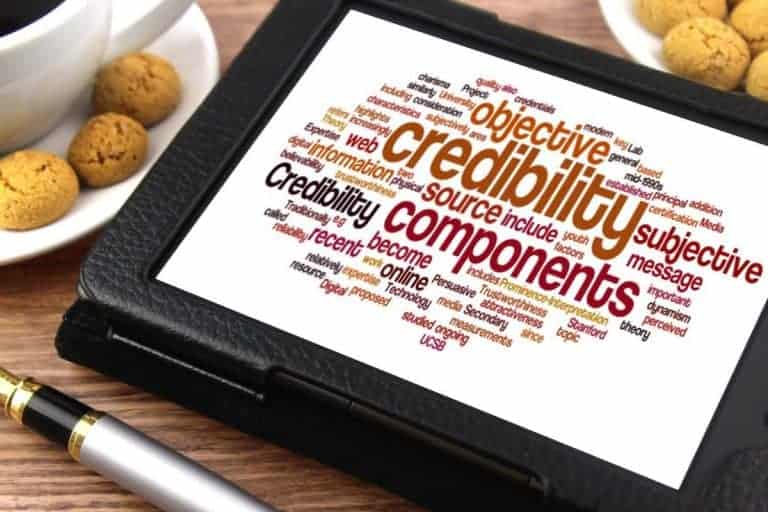 Louisa Connors and William Mitchell suggest MMT needs to be reframed if it is to catch on. They’re right.

In a 2017 paper entitled Framing Modern Monetary Theory, Drs Louisa Connors and William Mitchell argue that MMT has not gained traction among non-experts in economic theory because of the way economists talk about economics in general. They explain that economists often talk about MMT the same way they talk about other economic theories, using concepts that are familiar to most people, such as supply and demand. However, this effort is self-defeating because MMT requires people to shift in their understanding of how economics works. Thus, MMT needs a new language so that non-economists can make sense out of its basic tenets.

This argument makes a lot of sense. MMT challenges many of the economic principles that most people take for granted and, unless you are an economist, it’s difficult to grasp what some of the terms being used actually refer to. As the authors state:

One cannot conclude, for example, that a deficit equal to 2 percent of GDP signals a more expansionary fiscal stance by government than a deficit of half the size. These complexities are lost to the public but are fundamental to an accurate understanding of the issues.

This would be bad enough if lay-people were dependent only on so-called financial experts on TV news shows, many of whom use economic terms like GDP and deficit in a sensationalistic way to get viewers’ attention rather than explaining in everyday language what is really going on in the US economy. But thanks to the rise of social media, anyone can claim to be a macroeconomics expert and publish an online blog full of opinions that may or may not be correct.

The solution to this problem is not to conclude that macroeconomics is over our heads, but, as Connors and Mitchell propose, we should use new metaphors to help explain a macroeconomic framework that is consistent with the MMT worldview so that people can understand and evaluate economic news appropriately.

MMT relies on a number of concepts that are different from traditional free-market economic theories. Here are some of the biggest ones that Connors and Mitchell explore in their paper.

A new vision of what the economy is

Most economists since the 1970s have viewed the economy as if it were a deity that people exist to serve. Proponents of this view believe that negative economic news is the result of human failure — e.g., ordinary people’s choice not to spend money causes recessions. A corollary of this view is that if people work hard and make appropriate sacrifices, the economy will reward them and that poverty is a consequence of negative choices such as refusal to work. Furthermore, government intervention in the economy is seen as a negative that will throw everything out of whack, while if the economy is left alone it will reward and punish people appropriately for their behavior.

Although this may sound like a traditionally conservative/libertarian viewpoint, Connors and Mitchell point out that progressives tend to embrace it also. For example, they often argue for more gradual spending cuts instead of rejecting the notion that spending and deficits are bad things.

This is an example of how MMT needs to be reframed. A progressive framing of MMT has a vision of the economy that is different from traditional orthodox economics. For progressive proponents of MMT, the economy exists to serve people, not the other way around. Instead of the economy being a powerful, living entity that makes the rules, MMT allows us to argue that people have the power and that we need to choose economic policies that most benefit the people whom the economy is meant to serve.

This is an important distinction because it takes the focus off of spending per se and instead encourages people to ask big questions about WHAT we should be spending on. Instead of talking about how many trillions of dollars a proposed program might cost, which is what most media focuses on, if we came from an MMT perspective, we’d talk about how well that proposal serves citizens’ needs and what kind of policies the government ought to be funding.

The Power of Language

Clearly a new concept of how the economy works needs language that supports its vision rather than language that supports the opposing point of view. Talking about MMT concepts using the language of traditional economic theory is like speaking English in a community that only speaks Spanish. Some of the words may be similar, but they don’t mean the same things, making communication difficult.

Furthermore, language has power and reinforces key concepts that unconsciously influence our thinking. Connors and Mitchell point out that much discussion about the economy uses words expressing concepts of “up” and “down”. In US culture, moving up is considered positive and moving down is considered negative. So when economic experts talk about deficits, it automatically conjures negative feelings — however subtle — because the word itself implies that the government has less money than it needs.

Some of the common ways discussions of the economy reinforce traditional economic views rather than MMT include:

The use of all of these terms reinforces myths about how government spending works and encourages people to support policies that leave the economy–and the people it serves–in poor shape.

Each of these problematic metaphors supports a so-called truth about the economy that MMT rejects.

The Challenge for Progressives

Connors and Mitchell argue that progressives must start by expressing the vision of the economy as serving the people rather than the other way around. Talking to people about this in ways they will understand comes before explaining facts about how the economy works as listed above. Without the understanding that its people and not the economy that have the power, MMT will never make sense and cannot be converted into a mainstream idea.

It’s also important, in Connors and Mitchell’s view, for progressives to provide specific goals they want to achieve within an MMT framework. For example, the slogan “jobs for all who want them” is not specific enough. Instead, progressives need to push policy proposals that will increase the demand for workers by a specific percentage so that the number of job openings will more closely match the number of people seeking work. They also need to be able to explain clearly why the old economic framework does not work and why progressive policies are needed to combat unemployment (or whatever issue the policy is meant to fix).

To do this, progressives must stop speaking in terms of economic statistics such as the size of the deficit and start talking in terms of the purposes of their programs. Connors and Mitchell hold up New Zealand as an example. New Zealand created a job creation program with the goal of “zero waste of people.” This language was clear, purpose-driven and resonated with people. The progressives who created this program also set a specific goal of unemployment of less than 2% and underemployment of 0%. Similarly, progressives elsewhere in the world must focus on the benefits they want to bring to people, and not on economic terms used by conservatives, such as “deficit size”.

One specific word progressives should avoid is “spend.” Governments don’t spend. They fund programs, and from a progressive perspective, they invest in people. Using this kind of language should help support MMT concepts and get progressives away from the price-tag discussions that are so prevalent in debates about progressive policy proposals.

Changing the language reframes this debate and helps bring progressive goals into reality. Currently, both progressives and non-progressives are shackled by the language of austerity and the idea that the government can and will run out of money. That’s why when progressive policies are proposed, they are criticized not on their merits but for being “too expensive”. If the general public understood that there is no such thing as a proposal the government cannot fund and that the question is whether or not policies serve the needs of the people.

There is a lot of work that needs to be done to get the language of austerity out of progressive discourse. Almost all of our economic terms are rooted in this language and often cause people to associate government spending with negative outcomes.

Imagine if people saw progressive policies as positive and good for the country as a whole while they saw the so-called necessary cuts to programs like welfare and food stamps as bad for the country! Then progressives could truly make a difference.

It starts with changing the way progressives talk about their proposals. Some of the changes Connors and Mitchell suggest include talking about the need for “unemployment relief” instead of about tax rates, using terms like “government investment” instead of “government spending” and using people-centered language when discussing policy proposals.

Finally, and most importantly, progressives must change the way they talk about the cost of proposed programs. Instead of, for example, talking about Medicare For All costing $32 trillion dollars over 10 years, which gives people sticker shock and makes the program sound “too expensive”, progressives must talk in terms of opportunity costs and how they are going to minimize them. For example, progressives could talk about how a single-payer health care program might initially put some insurance workers out of a job and propose ways to make sure those workers are taken care of so that the loss of employment is minimal.

In short, if progressives want a better world, they must not only learn MMT but be able to explain MMT principles to the general public in an understandable way. By reframing debates over progressive policies so that they no longer use the language of austerity when discussing them, progressives can make it clear that conservative objections to these policies are based on ideological differences and not economic ones. It is only by doing this that progressives can gain widespread support for their ideas and move forward towards collectively beneficial goals.