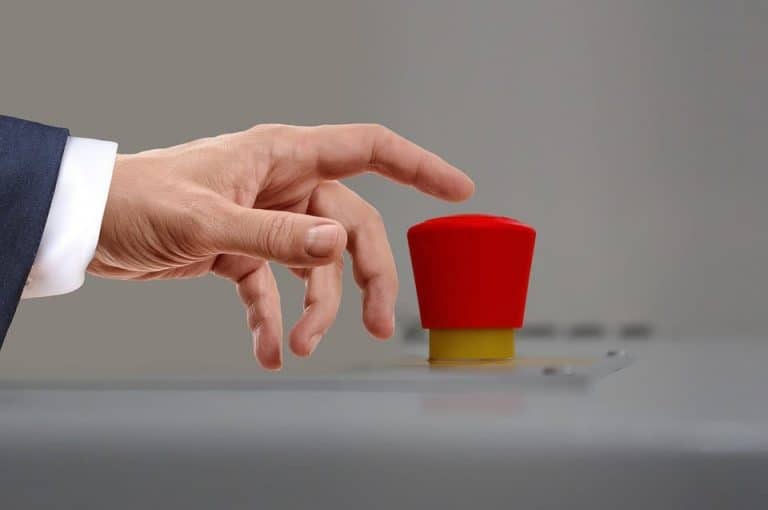 With Iran in the news, what more can be said that isn’t infuriatingly clear to anyone paying attention? Far from dramatics, one can only assert that the United States has become an absolute rogue state, and is headed down a path to its own destruction.

-The United States signed on to the Universal Declaration of Human Rights in 1948 as well as the Protocol Relating to the Status of Refugees in 1967. Among other things, these international treaties allow asylum seekers to enter the USA in order to apply for asylum. This law has been thoroughly discarded, as evidenced by our “migrant detention facilities” and the detention of asylum seekers. These people are not breaking the law by entering the country to seek asylum ” the United States is breaking the law by treating them as criminals. Incidentally, we are also breaking our own domestic law by ignoring the Flores Rule.

-The United States signed on to the Paris Accords in 2015, a climate agreement that guarantees the United States’ compliance with the treaty until it expires in 2020. Once Trump withdrew ” unilaterally ” he stopped us from abiding by the Accord’s rules in violation of the terms of the treaty. Even a legitimate withdrawal would not have permitted this behavior until the expiration date the USA agreed to.

-The United States is involved in a number of ongoing armed conflicts abroad: Syria, Pakistan, Somalia, Yemen, the Maghreb Insurgency, and the Horn of Africa. These actions not only violate our own laws (Article 1, Section 8 of the Constitution and the War Powers Resolution) but violate international war laws as they are not approved by the UN. Additionally, the USA continues to sell arms and collaborate with Saudi Arabia ” even under Trump, despite the fact that he criticized Hillary Clinton for “playing nicely” with the Saudis.

“Who cares?” many will scoff. “The UN is ineffectual and meaningless. We are too powerful and our actions are too justified for us to care.” John Bolton’s attitude toward the UN echoes this sentiment ” and this is exactly what rogue states say (think about North Korea for instance).

The designation of “rogue state” is for other countries ” not the one in question ” to determine. If enough of the rest of the world considers a country to be a rogue state, then the best semantic or rhetorical argument in the world cannot undo that designation. If you are considered a jerk, convincing yourself otherwise does excuse one from the reality that you are considered a jerk.

Is the United States in danger of being designated a “rogue state” by the world at large? Not yet. Currently, the US tramples international laws without consequence because it can. Laws are meaningless when enforcement is scant. But the US is in decline (relative to other superpower rivals like China); it is only a matter of time before our position as “King of the Hill” is displaced. What goes up must come down, and the US is already on its way down.

Since the end of World War II, the USA has been the uncontested powerbroker in international politics. The US led in creating the UN, IMF, and NATO – just for starters. We have been seen as the uncontested world leader – for better or worse – in trade, climate agreements, nuclear proliferation, and even arms control (despite being the world leader in weapons sales). We imposed a “rules-based international order.”

That is rapidly becoming a thing of the past.

Because the US is now abandoning these leadership roles – and even thumbing its nose at them – a power vacuum has been created. As many countries break away from US “leadership” – a point not necessarily to be mourned – China and Russia are eagerly stepping into the void to vie to take over the title. With the Chinese economy already surpassing the USA’s, and increasing belligerence from the United States, the United States’ freedom to break international law free of consequence will soon be lost.

With this carte blanche gone, the consequences of US belligerence will be felt more and more strongly. At that point, its “rogue state” behavior will be more and more boldly called out, isolating the country.

If the United States’ government continues down its current path, it will soon be the American people who pay the international price for its government’s poor behavior – just as Iraqis and Iranians currently pay the price for theirs.

We have the smallest margin of time left to reform our belligerent conduct and instead rise by lifting others. Leading on climate change and diplomacy is a more moral – and effective – way to lead than aggression. In a world filled with tyranny, we still have a chance to display true strength and courage. It is time to abandon the strategy of endless war and aggression – not just in Iran, but everywhere.