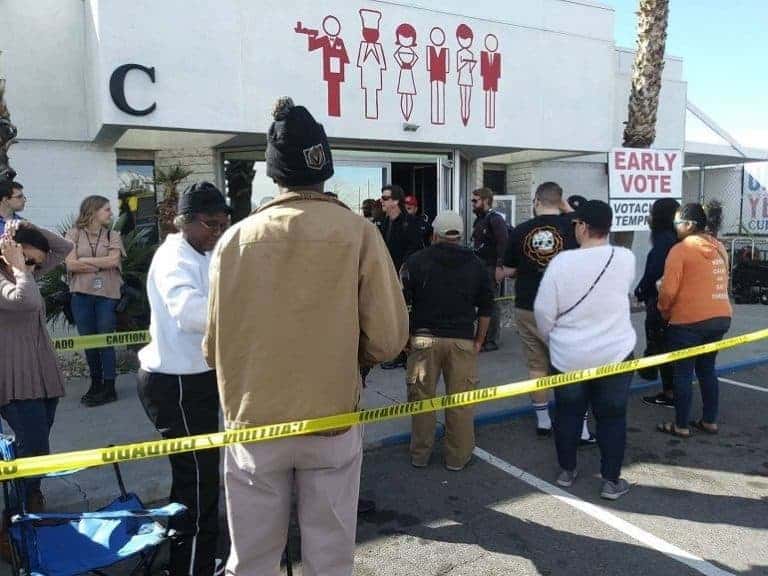 One Voter’s Personal Experience – Mine

My saga begins on February 10, 2020.  I made the decision to “walk the walk” vs “talk the talk” to support the only true progressive in the race for the Presidency, Bernie Sanders. In 2016, I changed my voter registration to Green Party and time was becoming of the essence to change it back to Democrat in order to participate in Early Voting.

I did so online and followed it up with a phone call to the election commission office to verify that I’d done everything right. I was assured that they saw me as a Democrat. Keep in mind, this was no longer than thirty minutes after my online change. And to clarify — party affiliation is all I changed, nothing else.

My official voter registration card arrived in a timely manner, and taking it firmly in hand I headed toward my zip code’s polling place at the Culinary Workers Union Hall. 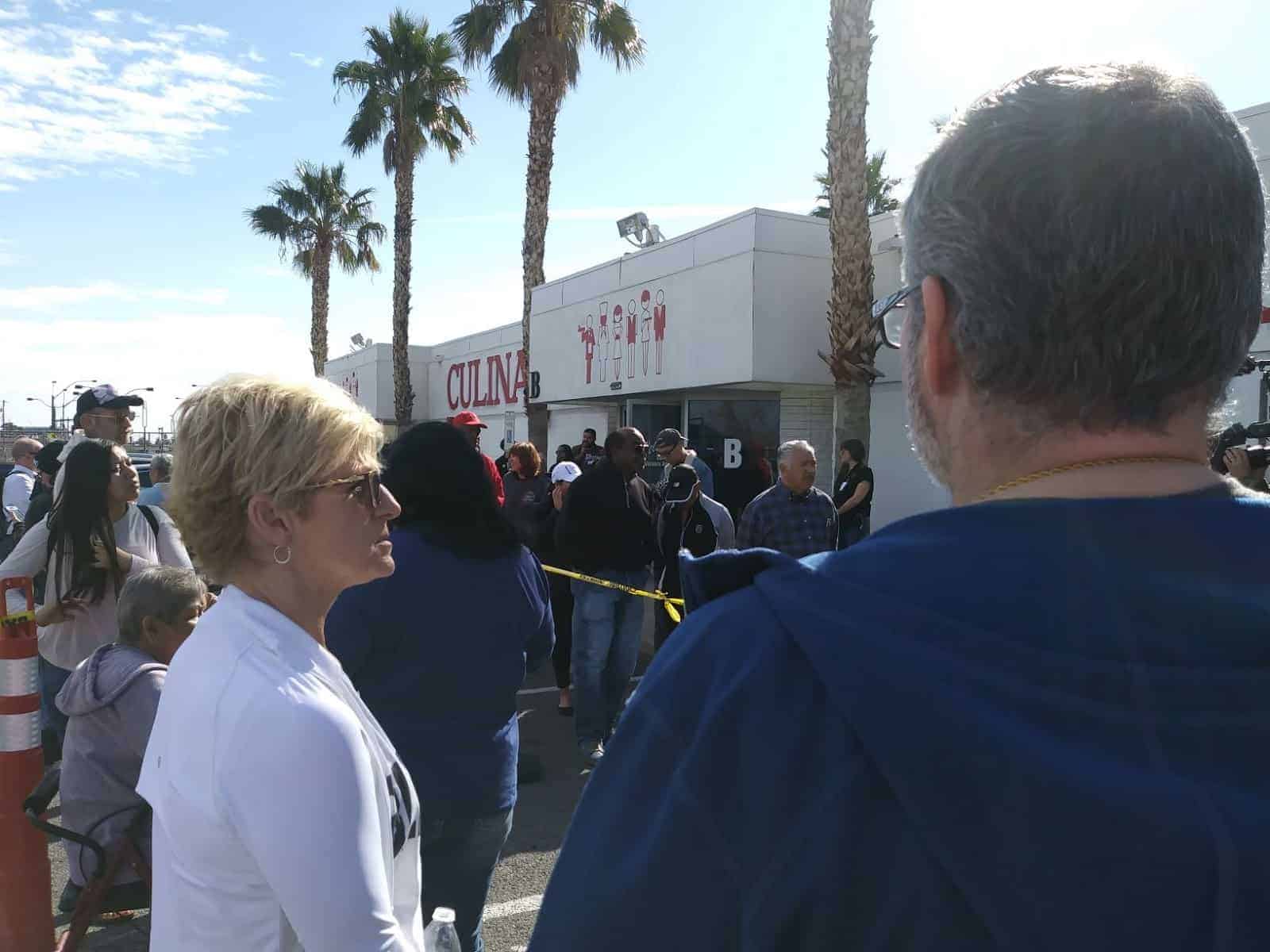 I arrived at 9:45 am and the line was already what you see in the photo.  At 10:00 am the doors opened and within approximately twenty to twenty-five minutes I was inside. While outside I had overheard an instruction by someone “official-looking” with a badge that ballots could be folded and placed inside a box.

Once inside, my registration card firmly in my grasp, I was directed to a registration table. I presented the card, the two people sitting there began to take the information from it and type into their iPad (1) and laptop computer (2).  Neither individual could “find” me in their system. I was then told to register as though I hadn’t registered prior, and was sent to another table to do that function. Once there the form required an NV Drivers License, but having just gotten off a plane, I’d misplaced it. Then I was told in lieu of that to use the last four numbers of my social security number — however that was only to be done if you had no driver’s license which I do possess.  The lady said for me to put the SS numbers on the line indicating I have no DL. A number was affixed to the bottom of the form, which I then returned to a second registration desk with two different people. I again showed them my official registration card: again they couldn’t find me, but this time, those two people were not inclined to pursue any other avenue than giving me a paper ballot and telling me to vote. The lady at this table also commented that “we’ve seen a lot of people that aren’t in the system and should be”.

I marked my ballot with four choices, Bernie Sanders being my #1 and three others.  At that point, I folded the ballot in half. Then I was shepherded to a third-place to stand in line to have my ballot checked but was instructed by the lady monitoring the line to unfold the ballot and straighten the crease because the ballots were to be scanned and creasing would mess up the ballot and the machine.  I was able to make the bend in my ballot virtually imperceptible.

When it was my turn to approach the table, I did so and was told they needed to see a number on the front corner of the ballot, which was the same side I’d had my choices marked and which utterly destroyed any voting privacy.  There was no way to obtain the number without seeing who I’d voted for, although it’s theoretically possible that a person of integrity would brush past that very interesting information and not “peek”.

The number was obtained, written in a notebook, and at that point, I inserted my ballot into the box and left.

Theoretically, a case could be made for simple incompetence and poor training. However, no one can explain to my satisfaction why my registration was not found in the system when a week prior it was found within thirty minutes of my change of party.

It is my opinion that nefarious actions are afoot and my experience was simply the miner’s canary…albeit one with a reach and voice (Real Progressives) that the ordinary person in line did not/does not have. We need election monitoring in the U.S.

We can educate voters on issues until we are blue in the face, but honest elections are key to implementing progressive policies.