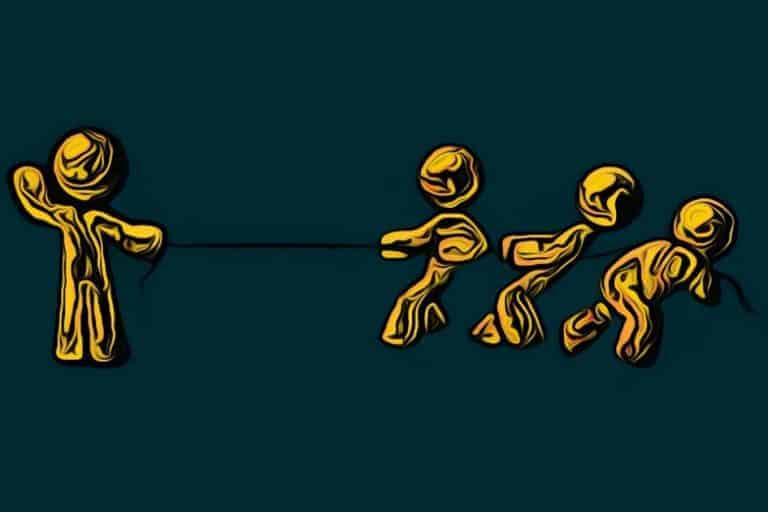 In the early 1850s, the Whig party was still one of the top two parties in the United States. Our “unalterable” two-party system consisted of Whigs and Democrats. It had been that way for quite a while and it was looking like it was going to be that way for a long time to come. Sure, third parties came and went; but it was the two main parties that held the real power. Nobody else could win but a Whig or a Democrat.

Then something happened in 1850 that split the Whig party in two.

The Whigs were focused on issues of executive power and states’ rights; but with the compromise of 1850 came a question they hadn’t had to tackle before: what do we do about this pesky issue of slavery?

They couldn’t decide. They weren’t equipped as a movement to handle that issue. For decades and decades, both sides of the aisle supported slavery as a matter of routine – just something the establishment had normalized.

Slavery was business as usual.

President Millard Fillmore – who was a Whig – had signed the Fugitive Slave Act mandating that escaped African slaves were to be returned to their “owners.” The problem was the majority of Whigs weren’t having it. This meant the party was deeply divided going into the election of 1852. The anti-slavery Whigs were strong enough to shut down Fillmore, and they nominated Winfield Scott (who was a bit more progressive).

Think about what this means: a sitting president lost the primary of his own party! This was the death knell for the “irreplaceable” Whigs, who were of course summarily replaced.

This is almost the same dynamic we have now, with a few notable differences.

The DNC establishment has signed on to the idea that neoliberal corporatism is “just the way it works.” Margaret Thatcher famously pronounced that “there is no alternative.” For decades now the establishment on both sides of the aisle have supported corporatism over real democracy. It has become normalized and is now taken for granted.

Some Democrats are perfectly fine with taking millions of dollars from big-money donors that will help keep them flush with cash and sometimes in power, but to do this they need to cater to the interests that are giving them that money. Let us call this exactly what it is. It is buying influence. It is corruption. It is unacceptable, especially when these same people insist they’re looking out for us. They’re not looking out for us; we all know they’re not. We have gotten used to this facade, and perpetuate it every time we elect another one of them.

One cannot make a change against plutocracy from within a system run by plutocrats; no system agrees to self-sabotage.

In 2016, supported by corporate money, smear campaigns, and cheating, the “party of Truman” shut us down – because we tried to change the plutocracy from within, the plutocracy snuffed us out. The majority of Americans who wanted plutocracy to an end didn’t matter to them.

How has this charade become normalized? How have we come to just shrug and accept it? Isn’t it far, far past time to make a change?

We demand a future for our children that is not filled with climate catastrophes, a government that does not act aggressively against other countries for the sake of a corporate economic empire, an end to a police state filled to the gills with spying and racial profiling, and an end to a “vulture capitalism” where the rich prey on the poor in every possible way and with no limits. Does the DNC work for these goals?

Some pay lip service to some of them, but no; of course the DNC doesn’t work for these goals.

If you remember Gollum from the “Lord of the Rings,” you get a picture of what’s going on in the DNC. The DNC is a slave to its “Precious,” its dirty money. It cannot live without corruption. Even when it has the most popular politician in the US, begging them to listen to their own people, they refuse to do it. How much more obvious does it have to be? If this assessment was wrong, why wouldn’t the Democrats do everything they could to immediately roll out the red carpet for the Sanders wing?

The assessment isn’t wrong, though. The Democrats won’t roll out the red carpet for Sanders for one simple reason: Bernie’s reforms are a  threat to the way they operate. They will not give up their “Precious” without a fight. Therefore, if we want to end corruption, the DNC – at least as it exists – will necessarily end along with it. The Democrats will never willingly give up their lifeblood – and we should not expect them to.

This is how parties die. They become so split over an issue that they lose any hope of unity. This is why the Whigs died and it looks like the same thing is happening to the Democrats now.

A majority of Americans are sick and tired of what the two major parties are offering. A majority of Democrats are open to third parties. A majority of Americans favor the ideals laid out by Bernie Sanders, the most popular politician in America – yet the DNC has erected every barrier it could against the oncoming flood. The fact that the DNC establishment seeks to protect the corporate power structure rather than to tear it down shows that the schism here is very real and very consequential.

The Democratic Party must decide which side it is on this issue. It will fundamentally transform its structure or it will die. Capitulating to the will of the people and fighting corporate plutocracy is the only way the Democratic Party will survive. For better or worse, Bernie Sanders may represent the DNC’s last chance to avoid the fate of the Whigs – or he might represent the schism that breaks the party beyond repair.

If the DNC dies, though, there is no reason to mourn. Parties die when they’re paralyzed. It’s no tragedy – it is just how history goes, and we should learn from it. We should begin the work of creating our own history. Let’s demand a government of the people, by the people, and for the people. If the Democrats want to come along, reform and save themselves, they are more than welcome. If not, they will soon be consigned to the dustbin of history.