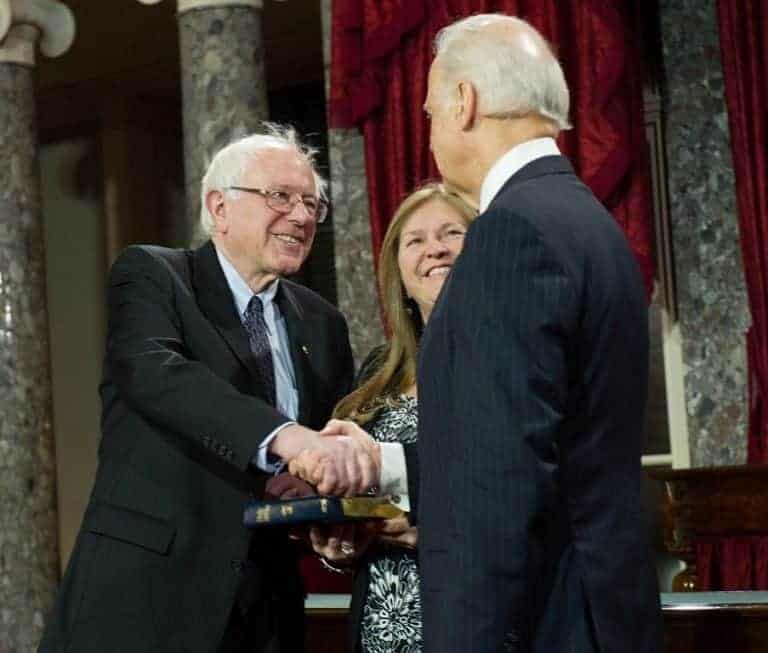 Now that Joe Biden is the Nominee, How Do We Save Democracy?

There has been a lot of discussion in progressive circles about how to respond to this heartbreaking news. Progressives tend to have two concerns. One is that, obviously, Biden does not align with our values. The other is the widespread belief, based on historical data, that he has little chance of winning a general election against Donald Trump.

There are splits among progressives about how to best move forward.

Many advocate voting for the Green Party nominee, Howie Hawkins, because his policies are in alignment with the platform Bernie Sanders ran on and because a significant turnout for the Greens could help this party qualify for federal funding and/or help us gain leverage over the Democratic Party in the future. Some progressives plan to skip the presidential election and vote only in down-ballot races so that we can get good representatives into Congress and help curb bad behavior on the part of whoever is in the White House. A small number believe that demanding Biden move left before agreeing to vote for him and/or waiting to see what kind of influence the progressive movement has on him before deciding is the best way to go. And a few are hoping for a Hail Mary in which Biden somehow is removed from candidacy and replaced with someone else that is more palatable, or even with Sanders himself.

This last idea is a grave mistake, and not just because it’s incredibly unlikely.

But more than that, the idea of replacing Biden at this point betrays our commitment to democracy — or what’s left of it.

Before the DNC manipulated a Biden win and when it looked like Sanders was going to sweep all 50 states, Chuck Todd asked all the nominees whether they thought the person with the most votes should become the nominee even if they secured only a plurality of delegates. Sanders was the only one who said unequivocally that the popular vote should win the day. Progressives cheered him for his firm pro-democracy stance, while the establishment panicked and talked about using superdelegates to draft someone who wasn’t even running to replace Sanders at the convention.

Now Joe Biden is the one who will be going to the convention to be officially nominated. As distasteful as that fact may be, if progressives panic and talk about drafting someone who wasn’t even running to replace him at the convention, we are being more than hypocritical. We are actively contributing to the demise of democracy.

Some progressives argue that democracy is dead anyway since the DNC undermined the will of voters to install Biden. But that doesn’t mean that we should be complicit in replacing democracy with the will of whoever has power and doesn’t like the proposed candidate.

Joe Biden is the nominee for reasons that are complex; the DNC certainly had a hand in it, but we can’t demand he be replaced by someone who is not on any electoral ballot. While that might, in theory, hasten the end of the DNC altogether, it would be throwing democracy away in the process — and most likely would do nothing but set a precedent of allowing party insiders to discard primary results any time they feel like it.

It’s time to acknowledge that Joe Biden is the Democratic Party’s candidate for president. Now we must decide what to do in November. Replacing him at the convention is not on the table, and wasting time with anti-democratic fantasies won’t help our movement at all.