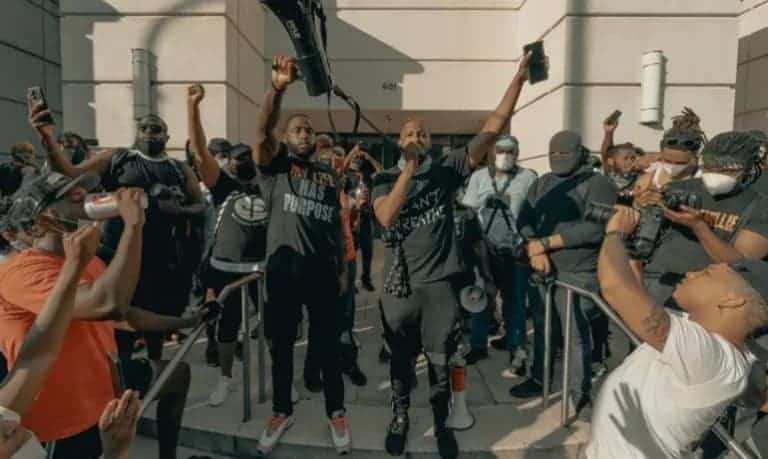 Peace Is Not the Result of Violent Repression

An entire lifetime ago, Martin Luther King Jr said that “True peace is not merely the absence of tension; it is the presence of justice.” This is self-evident: lack of justice creates upheaval, destroying peace; and when there is a lack of peace, injustice is bound to arise.

There are not that many people out there who just want to see the world burn. On both sides of most issues, you will find regular people who just want a peaceful life. Peace is the ultimate goal of any ideology; the debate lies in their different concepts of justice, and it is from this that our upheavals come. Once we have a society we consider just, in other words, we can finally have a society that is at peace.

To illustrate, one might be reminded of Emperor Palpatine’s speech in Star Wars: “Once more the Sith shall rule the galaxy, and we will have peace.” For a more real-world example, one might point to Hitler’s speech calling for “peace” on October 16, 1939. In either case, the message is the same: once we have created a society we are satisfied with, peace will be possible. Without the society we demand, it will not be possible.

Two things are clear, then: first, every call for peace is first a call for the conditions allowing for peace (there are demands that must be met before peace will be possible); second, every demand does not come in good faith (some are simply bullying – “I’ll stop hitting you when you obey me”). Therein lies the problem: what is justice? Herein lies all of politics – and this is a question mankind has been attempting to answer for most of its political history.

There are perfectly upright, well-intentioned people out there now chiding the George Floyd protestors for wanton destruction of property, saying things like “stealing a TV in no way honors the memory of George Floyd.” As pleas for peace and order come in, charges of hypocrisy are leveled back; if white people were being murdered by black cops at the rate that black people are murdered by white cops, it is evident that white people would not respond peacefully either.

None of this is new. Both sides want there to be peace, but they want that peace to be achieved under different systemic conditions – under different definitions of justice. While the systemic conditions are in flux, the battle rages; there can be no peace while this happens. It is not just that we do not have justice; we do not even have a working definition of justice. Peace is out of the question.

This is why the demands for peace aimed at black demonstrators – and yes, looters too – ring hollow. On one side of the argument, the proper reaction to all injustice must be one that never destroys property. To the other side, “peace is not the silent result of violent repression.”

Most Americans have enshrined the Boston Tea Party as one of the most iconic and most American acts of rebellion in our history. It might come as a surprise, then, that George Washington condemned the Boston Tea Party, making similar arguments to those being made now by folks on the right. A big believer in private property, he argued that the East India Company should be compensated for the damages they sustained. The merchants whose goods were destroyed were simple traders who had no role in the taxation of tea. In other words, the people involved were looters and destroyers of private property – nothing but thugs.

Are the folks condemning Black Lives Matter’s protests prepared to agree with George Washington and condemn the Boston Tea Party? If not, why not?

When the body is damaged, it produces pain. When the pain is ignored and the injury is left unattended, the pain worsens and can often spread – a leg injury left unattended can create back problems, for instance. Looking at society as a body, the analogy here is clear: sustained and unattended injury to one community can and will create consequences elsewhere. Pain is a mechanism that calls attention to a problem, and it will grow until the underlying problem is assuaged. This is exactly what has happened in the wake of George Floyd’s murder.

The question now is whether the demands being made by Black Lives Matter on this topic are made in good faith. Are their demands unjust, or do they form a perfectly valid precondition for peace? Here is the official list of things BLM identifies as how to “end the war on black people”:

To the Black Lives Matter movement – and Real Progressives – the systemic conditions must be met for justice to arise. If these concepts of justice are not at least mostly met, the likelihood is exceptionally low that peace will be possible. There are two responses available to this situation: capitulation to these demands, or violent repression.

Peace, however, is not the result of violent repression.

Your move, White America. Make it a good one.