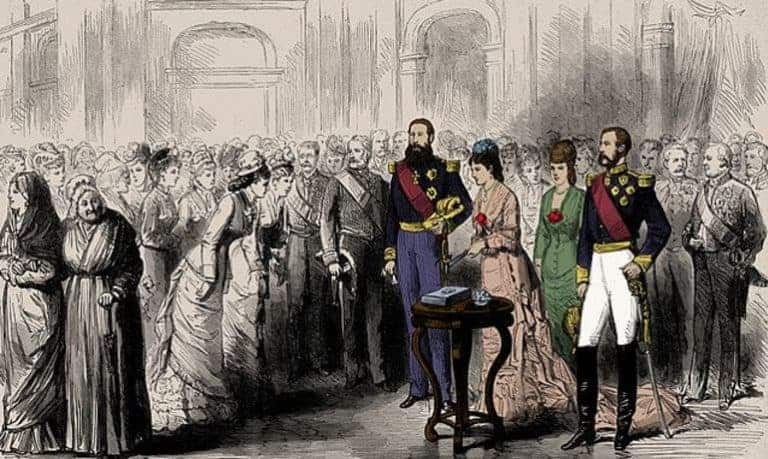 King Leopold II of Belgium, Covered Up Genocide, and Monuments

When you think about the worst genocidal dictators in history what names come to mind? Most likely Hitler, Stalin, and Mao Zedong, to name a few. There is a man as evil as Hitler, but hardly anyone knows his name. That man is King Leopold II of Belgium and he was responsible for a hidden holocaust that wiped out between 70-90% of the Congolese population from 1885 to his death in 1909. So, how is a leader that is responsible for an estimated 10-15 million revered and remembered as a humanitarian? This is due in part to one of the most egregious coverups in European history.

Who was King Leopold II?

If you do not recognize that name you are not alone. Leopold II was King of Belgium from 1865-1909. Ever since his coronation in 1865, Leopold II dreamt of capturing the wealth and prestige that other European leaders held. Belgium had only gained independence in 1830, so Leopold II was determined to capture this power by any means necessary. Leopold II came to power when the rest of Europe was in a race to colonize the world under the guise of “spreading Christianity” and “civilizing” the unknown continent of Africa. This race to colonize Africa began in 1885 at the Berlin Conference, where the major European powers met to decide the future for Africa. While the leaders claimed their intentions were only idealistic, their true intentions quickly came to the surface. In the months leading up the conference, Leopold II wrote the Belgian ambassador to Great Britain stating, “I do not want to miss a chance of getting a slice of this magnificent African cake.” Leopold II, ever envious of other European leaders, was awarded the Congo region as his personal property, under the agreement that he would spread Christianity and civilization to the native Congolese people. In reality, Leopold II wanted the land to himself because he knew there were resources and wealth to be gained, but he had no idea just how much.

How did he conquer that much land?

At the time Belgium was governed by a parliament, who did not approve of Leopold’s colonizing mindset, so he circumvented their authority by declaring the “Congo Free State” his personal property. Once Leopold II gained control of Congo, in 1885, he faced the task of exploring and understanding what all the land held. Keep in mind, Congo was seventy-six times the size of Belgium and home to nearly twenty million people. Leopold II hired the famed explorer Henry Morton Stanley to explore the region and make treaties with the native leaders along the way. What history textbooks fail to mention is that these treaties were sleight- of- hand contracts that misled local leaders into signing over their land to Leopold II. Stanley’s numerous expeditions provided the infrastructure for Leopold’s grand vision of colonial conquest. Exploration revealed that the region held vast quantities of rubber and gold.

As the 19th century was drawing to a close, the world experienced a boom in demand for rubber due to the rapid growth in the market for rubber for tires, hoses, and other materials. Refusing to pay the cost of labor to harvest these resources, Leopold II resorted to enslaving the entire population through a wave of terror that forced the Congolese people into submission. Leopold II funded a private army, known as the Force Publique, to set up a system of quotas for harvesting rubber that the people had to meet or face having their limbs cut off. To maintain control over the Congolese, the Force Publique resorted to sadistic tactics such as kidnapping, raping, and slaughtering entire families if they attempted to escape or rebel. In one horrifying instance, a visiting British foreign official remarked, “whole villages and districts I knew well and visited as flourishing communities… are today without human beings.” The same foreign official went on to describe instances of Belgian soldiers looting and burning villages, while also collecting baskets of severed hands to prove that they had not wasted any ammunition. Leopold II instilled fear in his men by requiring a “one bullet one kill” rule to prevent spending his profits on excess ammunition. By the time Leopold II died in 1909, Congo was the most profitable colony in Africa, earning Leopold II an estimated 220 million francs, an equivalent of nearly 1.1 billion dollars today.

So, what does this have to do with statues?

In the years following Leopold II’s death, gold statues were erected throughout Belgium to memorialize the vast amount of wealth that Leopold II amassed, but at what cost? When those statues were being built the Belgian people had a choice. If they owned up to the genocide that was committed to build up their nation’s wealth, it would bring shame to their people. At the time of his death, Belgium had only had its independence for less than a century and did not want to gain the reputation of being a cruel nation that built its wealth on the backs of exploited people. This sounds similar to the mindset in the United States following the Civil War, doesn’t it?

The Belgians chose to whitewash this stain on their history and only highlight the good that came from Leopold II’s actions. Once again, it sounds familiar doesn’t it?

Instead of acknowledging this gross injustice, their history textbooks push the narrative of Leopold’s bold and idealistic vision of civilizing natives by bringing them Christianity. If a lie is repeated to generation after generation, it will eventually become the accepted truth and part of a nation’s cultural identity.

This is why real history is so much more important than a statue.