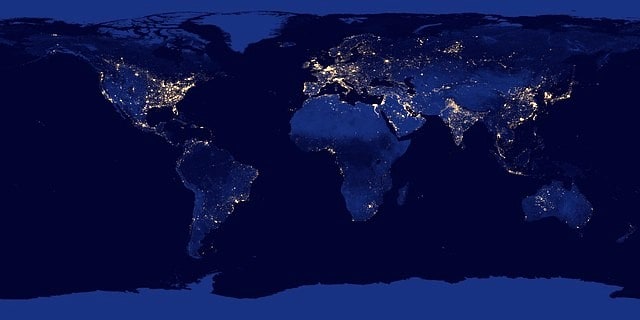 The US (is) licking its wounds from austerity, as it destroyed itself in this method, and so it needed enemies. Biden in the State of the Union address had already labeled China the enemy.

Since 2015, 2016, to cover up Hillary’s loss, they have been busy making Russia the enemy. This is a wounded animal that’s backed into a corner trying to maintain its hegemony. What do you foresee as being the net outcome of the US fall from grace? How do you see this playing out?

There aren’t that many potential scenarios. The US seems to have chosen the worst possible strategy, which is to do everything that’s in its power to maintain its dominant position in the world, even though that’s clearly an impossibility. Because of the structural changes of the world economy are such that we have already entered a multipolar world. It’s really a reality.

It’s just a reality that the US elites don’t seem ready to accept. But, brought to extreme conclusions, the endgame is war with China. There aren’t that many ways around it. If the US wants to bring what seems to be a new foreign policy strategy to its extreme consequences. That’s what we’re heading for. But I think any sane person can realize that would have the consequences that are absolutely potentially catastrophic for the entire world.  And so I think this is probably, I would say, the most dangerous moment that we’ve ever faced, I would say for humanity. But I think even much more dangerous even than the height of the Cold War. I think today the situation is much more dangerous because as you said, the US is a wounded beast. We know that wounded animals tend to act irrationally.

And so I think we are witnessing much more irrational policies than we witnessed even at the height of the Cold War. And so I think it’s an extremely dangerous situation that we’re in. And I can only hope that at some point there’s enough pressure that builds up in the United States first and foremost, but more in general in the West against this crazy neocon neo-imperialist policy.

So I think the outcome partly depends on us. These are two potential outcomes. One is this utterly destructive conflict with Russia and China, and of course I’m talking military conflict, not just an economic conflict. Or the West is just going to have to adapt to this new reality. I think that partly depends on our ability to apply pressure on our elites as well.

There aren’t that many outcomes. But I think either way it’s about accepting the old world is gone forever and there’s no turning back. And as you say, it’s not a bad thing. I think the entire world has to benefit from a much more multipolar global reality. I think that’s in the interest of all of humanity, regardless of what one thinks of the political and economic regimes in other countries.

One can very easily disagree or not like the systems that rule other countries, other major powers such as China and Russia, but at the same time realize that it’s in the interest of all of humanity coexisting with different realities, different political regimes, different economic regimes. And that countries have the right to pursue their own path to development.  And I think for all that one can criticize China for, I do think that they are pursuing a non-imperialist vision of international collaboration.

I think China truly is interested in building a multipolar world because it would be in its own interest. I think China, as a rising power, clearly has nothing to benefit from an all-out conflict with the US.  Or with trying to replace the US as the single dominant global superpower. Just like clearly Russia has no interest in all out conflict with the US—and the West more in general. And I think clearly this is the outcome that most of the countries of the world are hoping for. So really, I think it’s up to us as western citizens. Our countries are the ones that are pushing for this conflict.

This push towards an all out conflict is not coming from these other countries. For all the failings they may have, it’s coming from us. I think that’s something we have to realize as citizens of the West. And I think we have to step up to our responsibilities and do whatever we can to avoid this outcome.

Excerpted from Macro N Cheese, Episode 199—The Breaking of the World, with Thomas Fazi