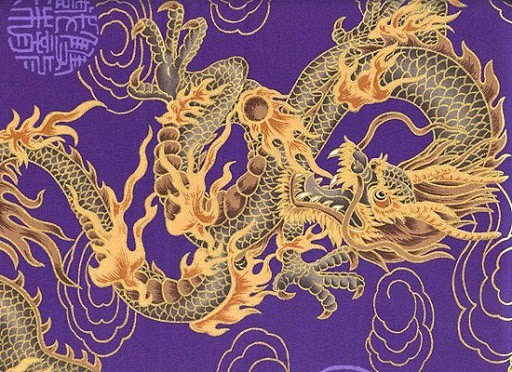 There are primary and secondary issues facing the American people.

The former have more universal implications which, if adopted, would pertain to the greater part of the greater good.  The latter apply less broadly to subsets of society and more likely to address issues of social inequality and cultural identity.

Defining the hierarchy is not unlike defining the degree of want over need; and in a heavily commodified, mass-consumerized society, such as ours, the contrast is purposely blurred.

Nothing could be more primary, however, than beginning the reversal process of supply-side economics with the introduction of modern monetary policies from the demand side; inverting the ever upward redistribution of wealth to Wall Street, downward through federally appropriated investments back to Main Street.

I need not say it, but whoever controls the wealth, controls the levers of power and ultimately, controls us with applied austerity and limited social services.

If we lose sight of that, we are condemned to a destiny of technocratic neo-feudalism, well beyond the current state of neoliberalism. It’s one thing to proclaim such things, but quite another to realize anything from doing so under a two-party system; both of which are beholden to the same ruling elite and two sides of the same coin.

What emerged in Flint, Michigan has emerged in West Virginia: lead poisoned drinking water from antiquated delivery infrastructure. If we dared to test all antiquated infrastructures supplying drink water across the nation, we’d find a massive reconstruction project that could train and employ a multitude of Americans in need of work at a living wage, for long enough to get back on their feet.

In a country where so little investment has been made in maintaining its essential infrastructure, such possibilities for work projects are endless.

My convoluted point is that a small number of primary issues are easily displaced by a large number of secondary ones and  we should expect to see the democrats preoccupied with the many, as a means of avoiding the few — like putting Americans to work at a living wage, putting them back in classrooms or into job training programs at little or no cost, forgiving student debt, hiring more understanding social workers and less aggressive law enforcement, protecting Pro-Choice and reopening shuttered Planned Parenthood facilities, all under a universal healthcare system.

But Biden is pivoting even further beyond the secondary, reviving a Cold War milieu in the  postmodern context of current geopolitical economics.  Policy wise, he was a hands-on vice president and when Clinton signed NAFTA into effect, sending American manufacturing abroad, mostly to China, and the American labor force mostly to the ranks of the unemployed and the homeless, he was there as an advocative accomplice.

American enterprises could not resist the lure of paying pennies on the dollar for sweatshop staffed production with no labor standards to conform to and no environmental regulations to comply with.

There was one caveat, however, the requisite transfer of all proprietary processes to the Chinese government. China has amassed a library of industrial and digital technology surpassing the one in ancient Alexandria, before it was set ablaze by barbarians. The Chinese possess an endless warehouse of production knowledge and techniques allowing them to make practically everything and anything as efficiently and expeditiously as possible.

All thanks to the generous gifting of American know-how and sensitive trade secrets from the manufacturing industry in the States who now find themselves in the import and retail business by default.

So now the tables have turned and China assumes the status of economic hegemony the US once held unto itself.

With all the subterfuge, assassination, interference, displacement, and installment of puppet governments the CIA has engaged in since its inception — Biden is calling out Putin’s behavior and threatening more trade wars with China.

Are you fucking kidding me? We don’t need foreign intervention to subvert our election system — we are perfectly capable of doing it ourselves.

The Founding Fathers framed the Constitution from the patriarchal perspective of a republic, most beneficial to white Christian men who owned land and slaves, if they so desired. Although there were preliminary aspirations expressed along the road to democracy, it can’t be said to have arrived until after the Suffrage Movement had forced the right of (white) women to vote and not until the many manifestations of the civil rights movement, eventually granted people of color the same rights.

But how can we ever say it truly arrived when the dark legacy of voter discrimination and suppression continues to this day: Karl Rove, skewed Diebold voting machines, hanging chads, SCOTUS intervention, gerrymandering, redistricting, “swift boating”, Citizen’s United, The White House Plumbers, Reagan’s ‘October Surprise’ for Carter, the knife planted in Bernie’s back by the hand of his own party, Jim Crow, Poll Tax, the Southern Strategy and the proselytizing from the altar, forever after, the Johnson Amendment extended 501(c)3 tax exemption contingent to their restraint from conjoining politics and religion into a singular entity. And most recently, Trump’s total disregard for the democratic process, his refusal to concede power, and the traumatic consequences of the insurrection it led to at the Capital.

There was never any restraint nor were there any consequences for the contempt with which the religious right violated the conditions of their tax exemption. Without such burden, the windfall realized would empower them to become the ominous threat they pose to constitutional democracy today.

With respect to the ascendancy of China and the threat it poses to the descending global status of the US, I reiterate that NAFTA was signed into effect by Clinton with Biden’s blessing.

Try as Biden might to distance himself from his endorsement of and support for the global trade agreement, Ross Perot would ultimately be proven right about the implications of that “giant sucking sound.”

Biden was at ground zero when the dragon was initially invoked; and as it has come to scorch the economic landscape with its fiery breath, he calls upon the fire brigade that is nothing more than a relay of buckets from the lake to tame a global inferno.

His only foreign policy option is to set backfires as a way to slow the advance of the inevitable.  In the short term, if nothing else, it will serve as a distraction from his inaction on the primary issues and be indicative of our further descent into a secondary superpower concerned with secondary issues. (jz)